Our first lock was Pigeon’s lock where there were three boats in front of us – our first queue of the year!  It would help ease things if other boaters helped though – these were private boaters too.  We continued with having to wait for locks throughout the day. 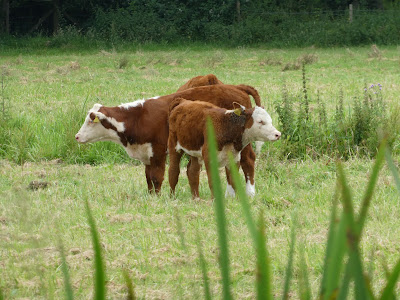 We had been on the look out for Waterlily – a boat we met a couple of years ago and I knew was heading to Cropredy.  Usually when this sort of passing happens it’s just a quick wave and a fleeting “hi!” but today we actually met at a lock, so it was nice to be able to have a quick catch up.  I hope all goes well with your new grandchild – Pauline 😊

We wanted to stop at Thrupp for the night but after ditching the ditchables and waiting for the lift bridge as the boat in front of us got his key stuck in the mechanism, there wasn’t a space for us.  I think that is about the first time we haven’t been able to squeeze into Thrupp.  We went on to The Jolly Boatman and moored there for lunch but did not avail ourselves of their hospitality! 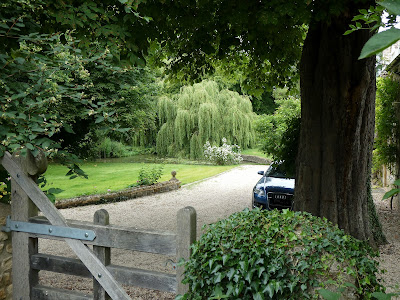 We knew of a nice mooring spot just below Kitlington Green Lock so pressed on to get there.  Our spot was free, so we moored up.  This part of the canal seems to be quite quiet but no sooner had we moored up than someone else decided it was a nice spot too – typical! 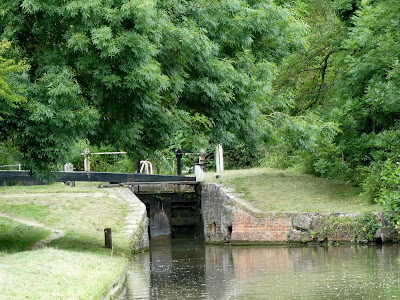 The canal goes past Shipton-on-Cherwell where, on Christmas Eve 1874, a passenger train was derailed.  The train, with 13 carriages and two engines, had left Oxford station for Birmingham Snow Hill at 11:40. The train was about half an hour late and going about 40 miles an hour when after six miles the tyre of the wheel on a third-class carriage broke. The carriage left the track for about 300 yards including the bridge of the River Cherwell. After the bridge the carriage went down an embankment taking other carriages with it, breaking up as they crossed the field. Three carriages and a goods wagon carried on over the canal bridge, and another fell into the water. The front section of the train carried on for some distance. The owner and men from the Hampton Gay paper mill close to the accident site tried to assist the injured in the snow. Telegrams were sent to local stations to summon medical help, but it took an hour and a half before a doctor appeared. A special train was used to move the injured back to hospitals in Oxford. At least 26 died at the scene while four others were dead by the time the special train had arrived at Oxford station. At least one other died in hospital. The canal was dragged but no bodies were found.  The Shipton Rail Disaster, as it would become known, was the worst in the history of the Great Western Railway.