I love mornings where Richard and I sit, over a coffee, deciding where to go today!  Our journeys are usually so planned out that we never need to think about it.

When we got to Wolvercote Junction and turned left and stayed on the Oxford Canal.  It’s been a while since we went along this bit and I wanted to see what has been built recently.

Just under the A34 there is little lift bridge.  The mechanism has been vandalised, so I had to walk over it and put all my weight on the beam to open it.  Great, that worked.  But it was a different story trying to close it!  It closed so far then swung open again.  On the second try I had to try to walk up the bridge which finally opened it.  I left a very bouncy bridge behind! 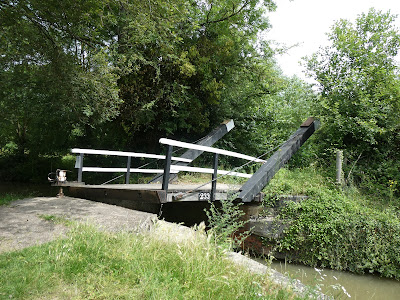 The next lift bridge was working properly, and it went up and down with one finger – well almost!

There has been a lot of building since we were last this way.  This block of flats is new, and I reckon that some of them will be very expensive!  There is still one more development to be built so maybe we need to come by in another few years. 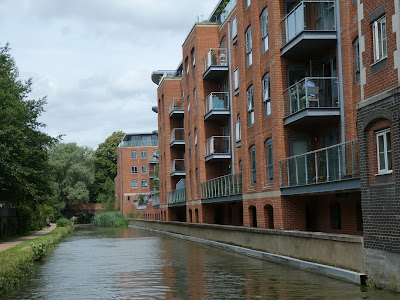 I think that Isis Lock is one of the prettiest on the system.  So please excuse all the photos! 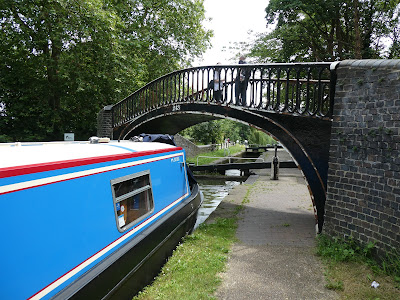 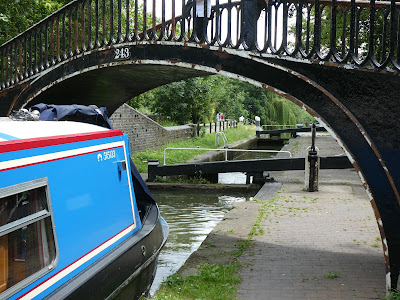 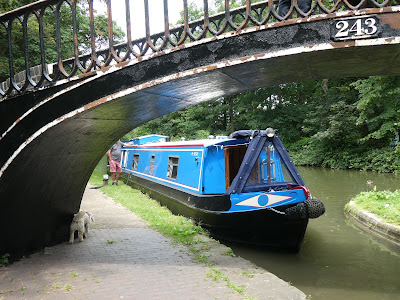 Out onto the Thames and under Osney Bridge to the East Street moorings – oh no, not one to be had ☹  Like Thrupp we have never not been able to get in here before.  This does not bode well for the summer!

We dropped down through Osney Lock and headed downriver looking for a mooring for the night.  As usual it was all scruffy liveaboards which seem to have taken over even more river bank.  We finally found somewhere almost opposite Salters depot.  I can’t get off, but do I really want to?  Not a good introduction to the Thames this year. 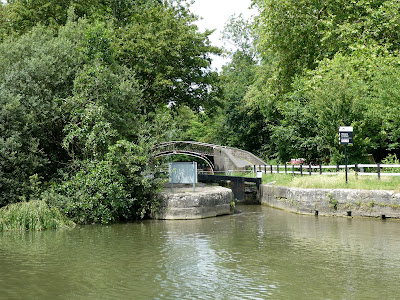 During the afternoon we had a very interesting chat to a guy called Tim Wiseman who is the Oxford Waterways Co-ordinator for Oxford City Council.  He stopped to ask us if we would like to take part in a survey for people who don’t have a home mooring – which we have.  However, I asked him the BIG question – what are Oxford City Council going to do about the moorings south of Folly Bridge?  His answer – nothing!  The Council aren’t bothered about them at all.  Tim would like to see some visitors’ moorings put in and then official long term moorings with some facilities as, at present, there is no water, rubbish or elsan emptying anywhere on the Thames in Oxford.  We asked what the boat people do with their sewage and he rather skirted round that question which made us think that it is just dumped in the river.  Tim said that he is rather banging his head against a brick wall with the Council over the moorings and lack of services and he would love to receive any emails from people who have a point of view to put over – he will then pass them on to the right person.  We have seen a marked deterioration in Oxford in the 10 years we have been coming to the Thames and Tim said please add anything like that in your email.  He also told us that the towpath from Iffley Lock to Folly Bridge is not owned or registered to anyone which is probably why neither Oxford City Council nor the Environment Agency want to take responsibility.  Tim’s email address is twiseman@oxford.gov.uk – go on drop him a line and lets see if boater’s power can win the day! 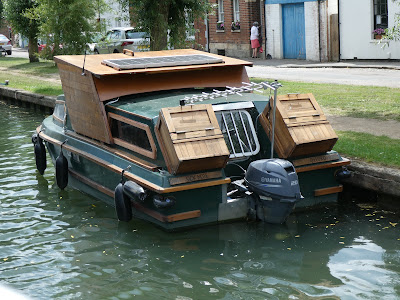 Along long stretches of the canal between Wolvercote and Jericho are Agenda 21 moorings.  I’ve seen them before so thought I would see what they are all about.  Agenda 21 is a non-binding action plan of the United Nations with regard to sustainable development. A set of proposals, made at the 1992 UN Conference on Environment and Development, Rio de Janeiro, to promote sustainable development. It sets out environmental strategies for managing coasts, oceans, and water, monitoring and reducing chemical waste, eradicating radioactive waste, and conserving natural vegetation and soils (through sustainable farming). Other proposals include measures to improve health care, reduce poverty, and develop fair and environmentally friendly trade policies. The aim is to promote global sustainable development at a more fundamental level than traditional aid programmes, based on common needs and interests. The requirement is for local governments to develop their own ‘Local Agenda 21’ in order to promote and implement sustainable development.  So, I see it that Oxford City Council can now feel very proud of themselves as they have put some canal bank over to liveaboards – is that what Agenda 21 is all about?

Posted by Linda Gifford-Hull at 10:28