We pulled pins about 9.45am on a warm but cloudy morning.

Richard did Elkington’s Lock then we arrived at the Claydon flight.  It was really busy but that meant that it was one in and one out and we did it in 56 minutes.  The middle lock had been damaged on Sunday causing one of the top paddles to stick open and as the bottom gates leak very badly the pound above the lock had completely drained.  Apparently the two boats moored in the pound were hanging on their mooring lines!  I bet there was a mess inside.

The lovely house at the top lock is having its garden redone.  It looks as if it was collapsing into the canal as there is a wall which has a nasty crack in it.

This is the last of the 17 lift bridges on the Oxford Canal.  We have only had to open one manually and three electronically, though I am sure that back in 2009 we had to open a lot more. 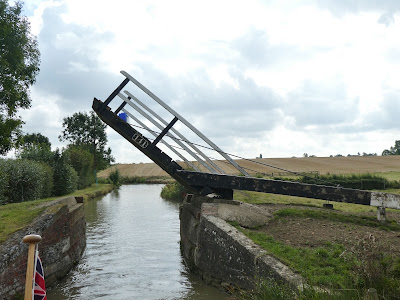 There are quite a few hire boats out at present both from Napton and Lower Heyford.  These appear to be quite a different clientele to the summer.  The autumn crowd seem to be much more chatty and friendly than the summer lot.  Probably just my imagination but that’s how I see it!!

Down through the narrows where the Fenny Compton tunnel used to be.  The tunnel opened in 1776 and was 9 feet wide, 12 feet high and ran for a little over half a mile.  The Oxford Company bought the land over the tunnel in 1838 with the idea of opening it up. The first stage of this work started in 1838 and by 1840, they had removed several parts of the tunnel roof — a section at each end and a short section in the centre, creating two separate tunnels, one about 140 yards long and the other 450 yards long.  In 1865, the decision was made to open out the rest of the tunnel. The southern end was open by 1868 and the northern by 1870. We pulled over at the Wharf Inn to get water and dump the rubbish only the rubbish bin has now gone, and rubbish needs to be dumped at the marina, which we had just passed!  While the water was filling, I went off to post a birthday card.  I had used a post box locator app but, in the end, I went into the pub and asked - much easier!

We moored up just before Ladder Bridge.  We always try and moor here.  Back in the early days of our cruising there was always a lovely view from the boat window but over the years the hedge has grown up and the view has gone.  This year we stopped short of our usual spot and found a view – not from sitting down in the dinette but certainly standing up in the galley I could see for miles. 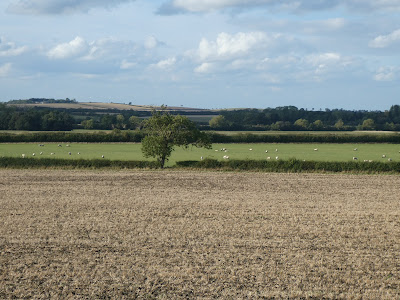 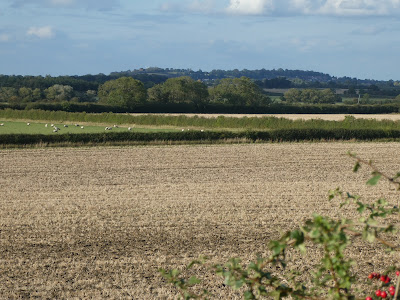 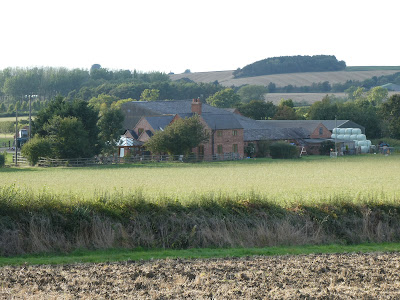 I am rather pleased with this photo 😊 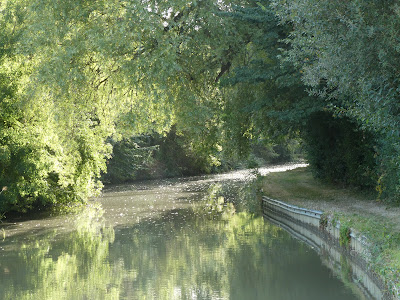 Could Ladder Bridge be so called as there are steep ladder-like steps up to the deck of the footbridge?  But it is based on a single RSJ supported on brick pillars.  An interesting bridge but not one that I fancy going over! 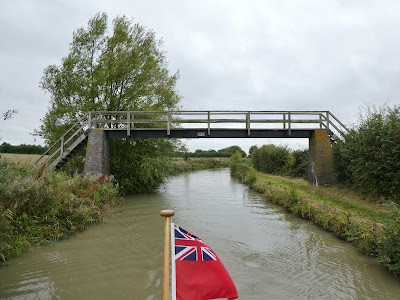 Posted by Linda Gifford-Hull at 11:05