So, guess who didn’t sleep well? I was waiting to see if I could feel the boat move and head down towards to weir! It was a good job that Richard discovered that one of the pins was loose last night but then again, it just made me worry!

This was the view from the boat this morning. 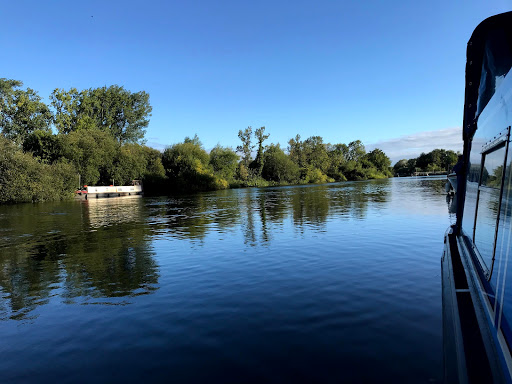 We were away by 9.15am as we want to get to Abingdon for Friday. My son and his family are coming on Sunday and as its Bank Holiday we need to get there early.

Before we left, I noticed that my friend on the boat opposite was still waving at me! 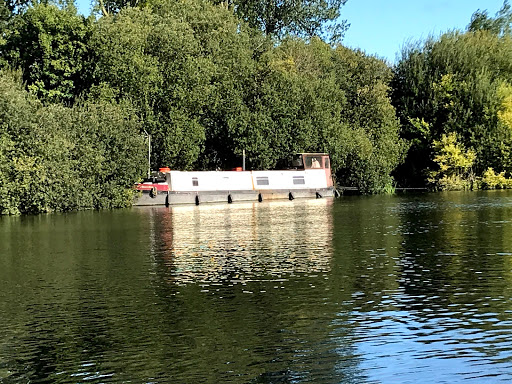 We stopped at Tesco and I was in the store by 9.45am. I decided to do a big stock up as I could get the trolley down to that boat. The rest of the shops we are able to get to on our journey back to Dunchurch Pools, are a good walk from the boat. I could get a delivery in Oxford, but I don’t think we will need one now.

There was a Lock Keeper on at Caversham, but we had to wait for quite a while to get through – once again the lock just isn’t big enough.

We arrived at Mapledurham Lock just as the lockie was putting it onto self-service. He closed the top gates and gave me the thumbs up, so I pressed the open sluices button on the lower gates, but I knew something was wrong as the sluices stopped when I took my finger off the button. Then nothing. The sluices were open a little bit, so the water was emptying, albeit slowly. The lockie came down and said that he was just going to work on the weir and would be back in 5 minutes. When, eventually, the lock was empty the gates wouldn’t open. I had visions of the EA having to send emails out to everyone saying that someone had broken Mapledurham Lock!  The Lockie came back and pressed all the buttons and agreed it was broken, but he would try and reset it. He tried three times and on the fourth time I was able to open the gates – PHEW! We eventually got through – I was so relieved!

I would love to know what this guy was doing, the sun wasn’t shining! 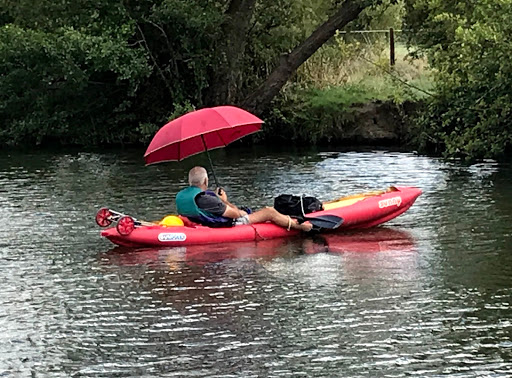 We met a newbie at Whitchurch Lock. This was the first lock they had found on self service. Apparently, the hire companies just say that there are lock keepers on duty at the locks so they will help!! That’s not the first time I have heard this said this year. The lady wanted instruction on how to operate the lock and who better to instruct her? Me – the person who had just broken the previous lock!!!!

There was a sign at Whitchurch Lock which said that there is no mooring at Beale Park. It doesn’t say if that is a permanent thing because of Covid or if there is another reason. It’s just as well we weren’t planning on mooring there! Since writing this earlier we have heard that it’s a permanent thing. Some boaters spoilt it for others. Lighting barbecues which burnt the grass, leaving rubbish and, of course, overstaying.

There was a Lock Keeper on at Goring, so that was all nice and easy. Cleeve was on self-service, so I played lock keeper for one coming down, us going up and then, as Richard was taking on water, for a single hander going down. I had to smile as the single hander came up to me as Mary H was rising in the lock and pointing up river, and said “are you going up or down river!

Just above Cleeve Lock they are building a new house. In this photo you can’t see the house, but they are also having a nice mooring basin dug out. 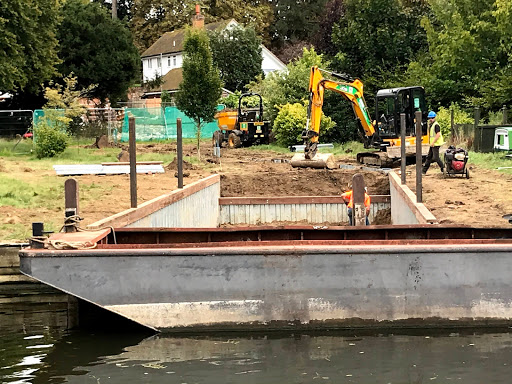 Richard had seen a nice meadow just above Cleeve Lock on the way down river, so we pulled in. We were a few feet from the bank, but the plank still stretched. There is a railway at the top of the embankment opposite, I hope the trains don't keep me awake!

View from the side hatch tonight. 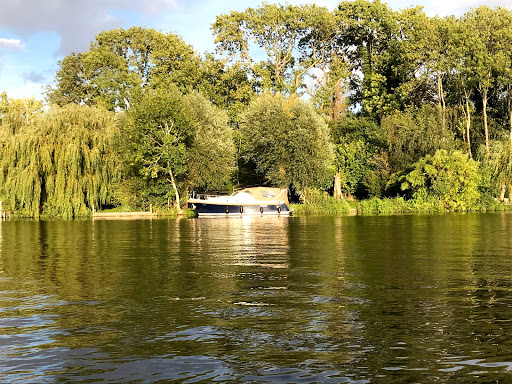