Richard hadn’t been up long before the “little man” came round for money for last night – we might have guessed we wouldn’t get away with it!

We left our mooring and said goodbye to Henley for this year.  I worked it out that we have been under Henley bridge 6 times this visit!  There was a Lock Keeper at Marsh Lock – I love the sign that’s there! 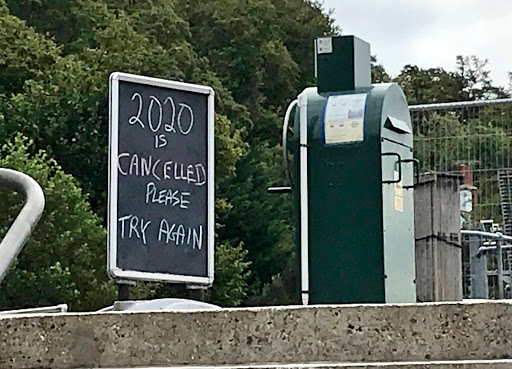 There was also a Lock Keeper at Shiplake Lock.  We went in and had to wait for a couple of nice day boats to come in.  As we were going out there were three large motor cruisers waiting to come in.  The Lockie said to me “here come the gin palaces, I prefer it when I can get boats side by side in my lock!”  I was telling Richard this later and apparently the Lockie had said to him, while waiting for the day boats to come in, “here come the pirates”!!!

We pulled over at the services and disposed of what needed to be disposed of and filled with water.  It always amuses me when Richard has to empty the elsan cassettes (blue job on our boa!) and we take on water at the same time.  It occurred to me that if we didn’t fill with water, we wouldn’t need to empty the cassettes! 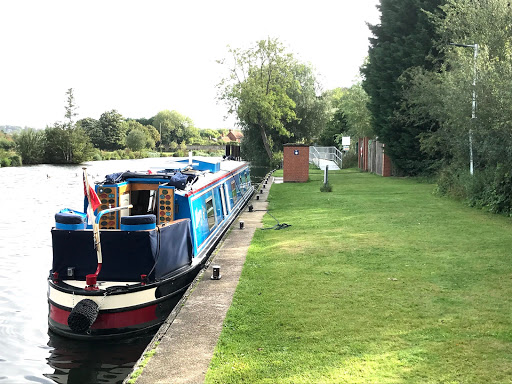 Richard saw a nice mooring place, so we moored up there, however over lunch we discovered that the internet was dire.  We won’t be moving on tomorrow as there are strong winds coming in so sadly that spot was a no no ☹  I know I would have been pulling my hair out tomorrow with no internet!  Sad case, aren’t I?

It was three out of three at Sonning Lock – three lock keepers in a row on a Monday, not bad going!

We shared the lock with Shimmering Steel, a motor cruiser had lost one of his two engines and had to leave the working on in the lock – stinky wasn’t in it.

We were about to moor up where we had been on Thursday and Friday, above Sonning Lock, but a lady on a Dutch Barge said that there was a wasps’ nest there, so we moved on a little bit.

So, here we are again in the same spot as last Friday as we sat out Storm Ellen.  This time we are waiting for Storm Francis to come through tomorrow.

Posted by Linda Gifford-Hull at 13:01