We were underway by 8am as CanalPlan said it would take us 2 hours and 15 minutes, in fact it took just about I hour and 40 minutes.

Someone had left the lock gates open at Sonning Lock so that was nice and easy.  We shared the lock with a hired motor cruiser with a lovely family on board who were first time boaters, and this was only their second lock.  They were fine with the ropes and I did the lock.

An interesting place to moor for the night.  This photo was put into the blog, earlier today, before the incident further on in the blog. 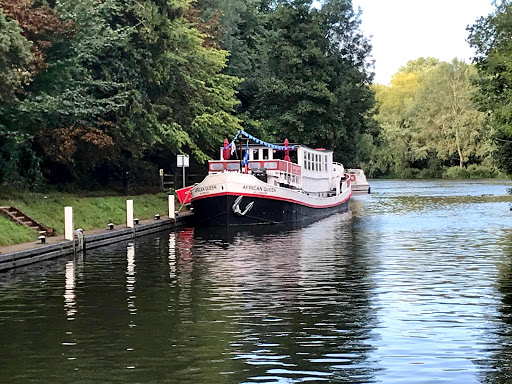 We dumped the dumpables at Shiplake Lock and once again shared the lock with the motor cruiser.  A narrowboat was waiting to come up the lock and the chap operated the lock.  I was jolly glad we weren’t going up as there were two narrowboats and two humungous motor cruisers waiting to go up.

There are usually some unusual tents pitched by Shiplake Lock.  They have sheds behind each tent – I’m not sure how it all works.  However, this year they are not there. 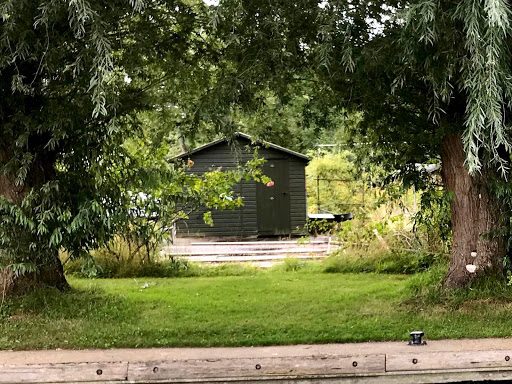 The motor cruiser stopped at Wargrave for bacon sandwiches – they had been threatening to stop since we left Sonning!

There was a Lock Keeper at Marsh Lock and we were straight in and out!

In Henley we passed a nice mooring place but went on down to see if there was anything better but there wasn’t, so we went back and moored up.  Muffin found an apricot Standard Poodle who leapt around like a goat!  They had a great time chasing each other around.

We were right at the end of the Henley visitor moorings and I noticed on the map that there is a Tesco about half a mile away.  I had forgotten to buy certain things on Thursday for all our visitors, so we set off though we were a bit pushed for time.  Fortunately, we got back to the boat before our visitors arrived.  Our visitors today were two of Richard’s stepdaughters, Fay and Ollie along with Fay’s daughter Brooke and Ollie’s two sons, Orlando and Jules along with young Betsy and 8 month old Cavapoo.

As we walked up the lane from the river, we noticed that all the fences were lifted off the ground, even the new ones and decided it must be to let flood water in and out without breaking the fence. 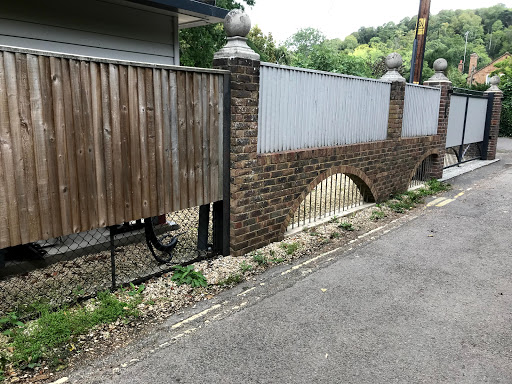 When we got back to Mary H we found the hotel boat, the African Queen, moored in a very strange position and rather blocking us in.  We were very relieved that we have a reverse layout (bedroom at the front) as the view wasn’t very nice!  Also, we weren’t staying long.  We had seen them this morning moored on the lock landing at Sonning Lock.  We had seen the boat moored on the lock landing at Sonning this morning. 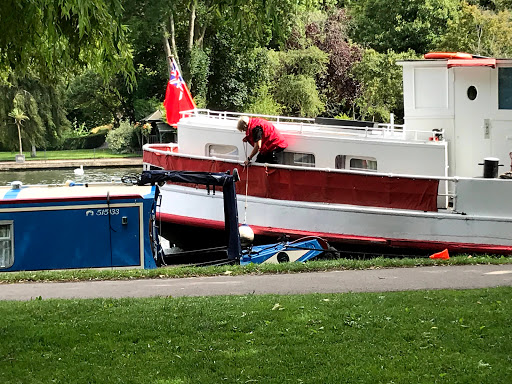 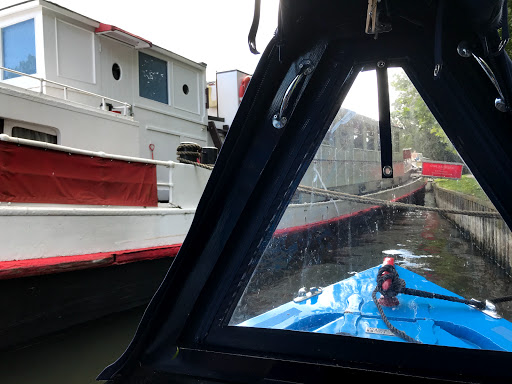 We bundled everyone on board and set off downstream to Remenham.  The plan had been to have a barbecue, but it was far too windy so last night I cooked a chilli.  Once moored up I fed the troops and then the children played outside, but sadly Orlando got stung by a wasp – he was very brave though. 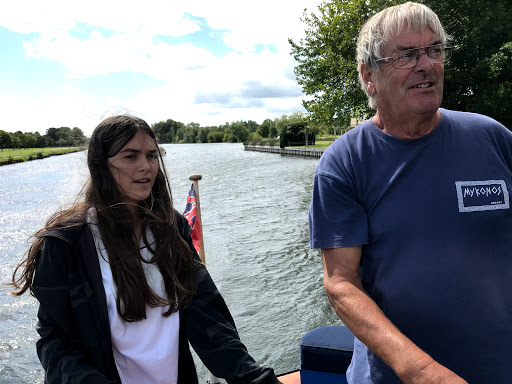 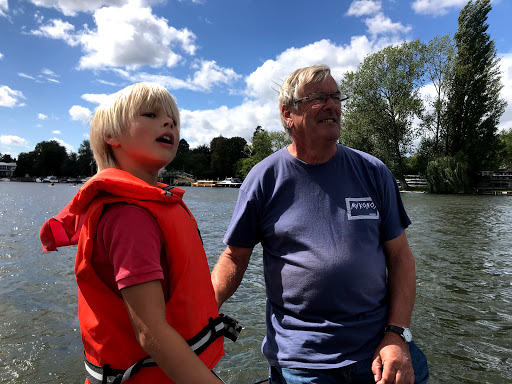 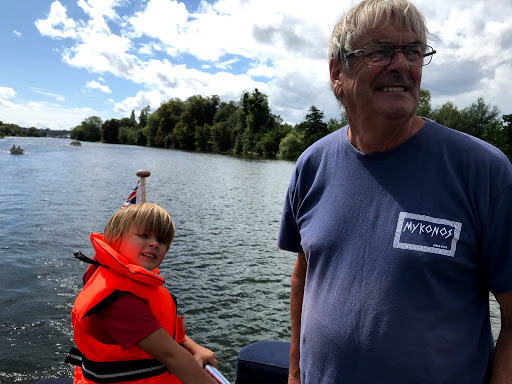 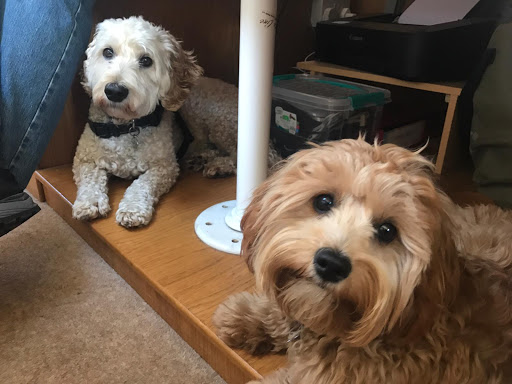 All too soon it was time to head back up to Henley so the girls could drive home.  We stopped before Henley Bridge to discharge the intrepid mariners.  It was a short visit but so lovely to see them all.

Having said goodbye to everyone we decided to stay the night here.

Posted by Linda Gifford-Hull at 10:32