The winter duvet came out yesterday morning.  I can’t believe that we are still in August and we have had to change it, but it was snuggy last night!  I noticed on Facebook yesterday that some people have lit their stoves, Richard did suggest putting the heating on yesterday evening, but we resisted!

Today was a big day for me 😊  My lovely grandsons were coming to visit, well their parents were coming too!  But before they arrived, we had to say goodbye to Graham and Brenda.  It had been lovely to put faces to names especially as we are both officers of the same club!  I’ve just got the Chairman to meet now.

Robert and Laura’s ETA was 10.30am so we started to walk over to the car park just as they drove in – it was 10.26am!  It was so lovely to see them all again.  Tobyn (almost 4) came running over for a big hug (we are all in a bubble!) and then Bobby (14 months) followed.  Strangely enough my son didn’t come running over!  Robert and Laura had been reading the Muddy Waters books to Tobyn so that he knew what a narrow boat was.  We arrived at the boat and had a coffee while discussing what we would do.  As they were early, we decided to go for a cruise up river, have lunch and then back to Abingdon though Richard and I knew we wouldn’t get back onto Rye Meadow again. 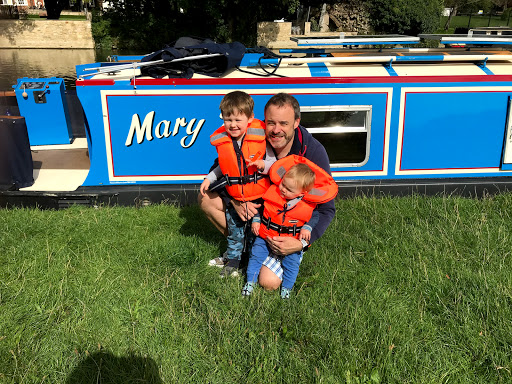 Tobyn and Bobby put their life jackets on, and we had the obligatory photo!  Up to Abingdon Lock where there was a Lock Keeper on so Robert and Laura took the boys up to the lock to watch Mary H rising up whilst Tobyn had a lesson on how locks work.  A quick empty at the services and then on up to Sandford Lock.  This was now boring for the boys, but we managed to get the TV working on the Amazon Firestick to Tobyn was happy. 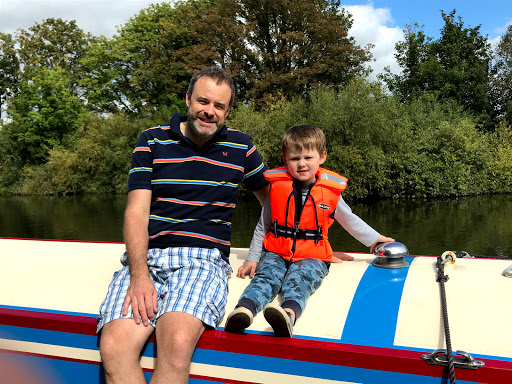 Sandford Lock was on self service, so I did the lock while Robert did the bow rope.  It seemed to take forever to fill up.  We moored up just above the lock and had a light lunch while Bobby had a sleep in his buggy.  When Bobby woke up he and I had such a lovely dozy cuddle 😊  Over our trip to Spain and then lockdown Bobby and I formed a special bond on Facetime while he was eating, if anyone had seen me waving my arms about, clapping and touching my nose would have thought I was mad, but Bobby just copied me! When we able to meet up for the first time for 5 months he would not come to me but looked at me studiously.  We tried again a couple of times then Laura had the brain wave that maybe it was my glasses as the lens’s were dark.  I rushed in and changed my glasses and he came to me immediately, it was such a special moment for me.  He then sat on my knee for about half an hour – this is a child who is never still! 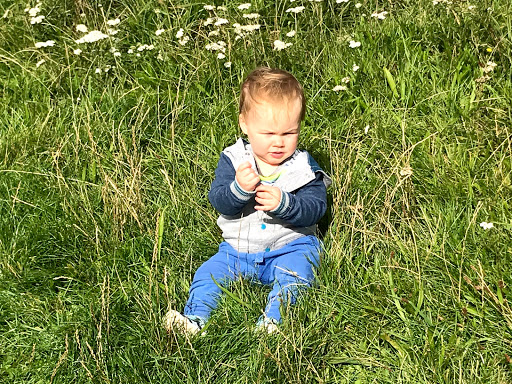 We went for a walk up the Thames Path for a short way and Robert and Tobyn played poo sticks from a little bridge.  Of course, I had forgotten my phone so couldn’t take a photo ☹

An early tea/dinner of Shepherd’s Pie and then we were off back down Sandford lock and down to Abingdon.  I had an assistant Lock Keeper to help me!  We pulled over at Abingdon services to take on water.  We also had to say goodbye to the family, they had a half mile walk back to the car which I felt really bad about.  I did debate about going with them but that meant a mile for me and my feet were really hurting due to the insoles of my sandals beginning to wear. 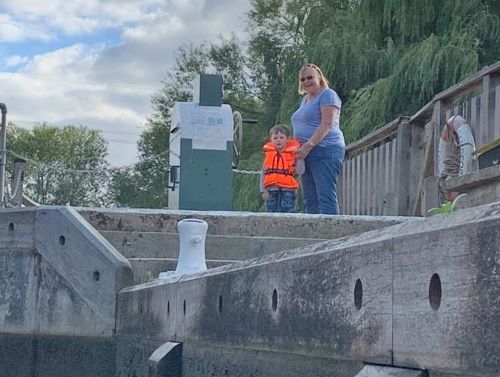 We turned round and headed back upriver until Richard found a spot where he thought we could tie up.  We were by the Thames Path, but it was so overgrown, and we had to use the gang plank. 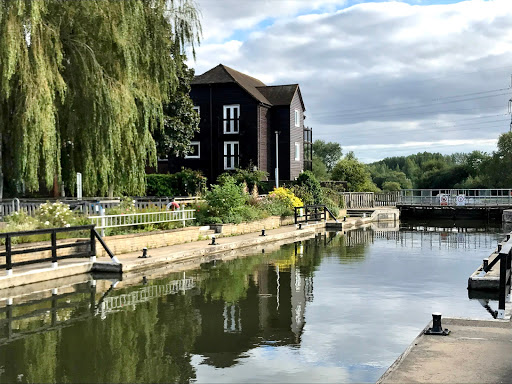 I collapsed in a heap after that and we spent the evening watching TV while I tried so hard to keep awake!  A lovely, lovely day with my favourite son and daughter-in-law (don’t worry I only have one of each) and, it goes without saying, my gorgeous grandsons.