We woke up to a cloudless sky and the sun was hot even at 8am.  However it started to cloud over and a breeze got up – thank goodness. 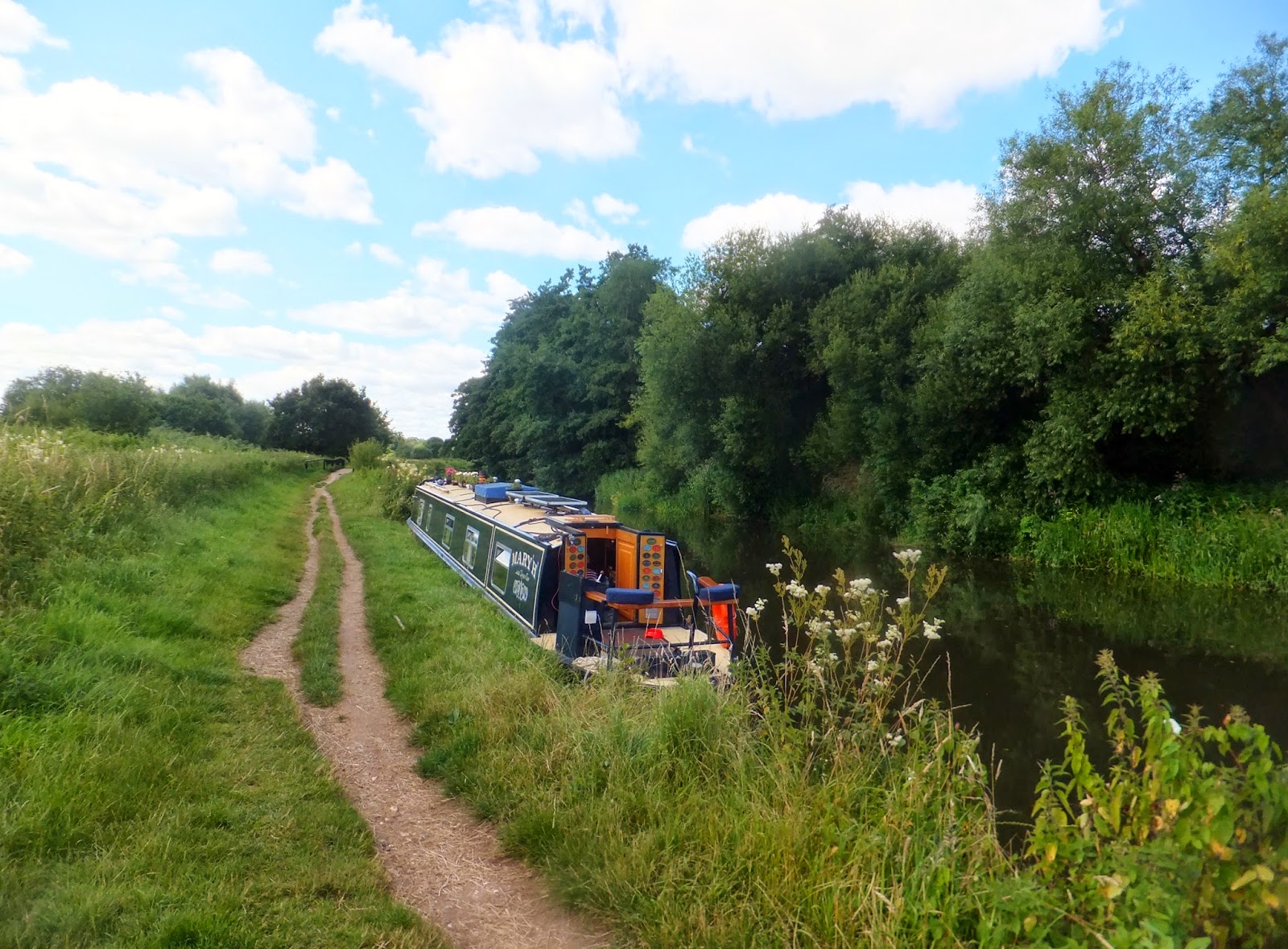 Up through Triggs Lock where the lock bridge fits the lock gates – I’ve never seen that before. 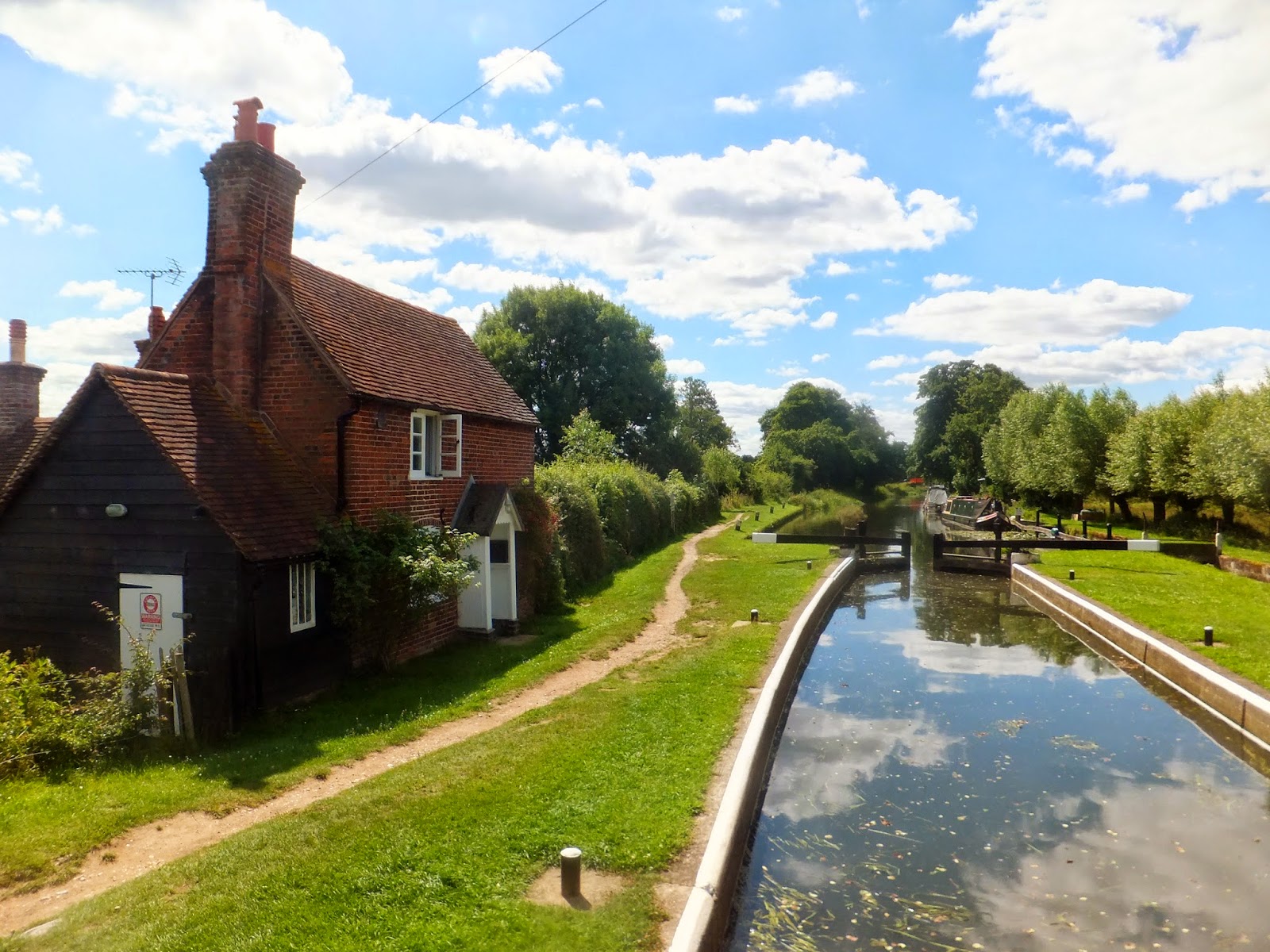 It was then Bowers and Stoke Locks – really pretty locks but I forgot to take any photos.  Just before Dapdune Wharf there is an interesting part of the tow path called Woodbridge Meadows. As part of a project to restore the meadow many of the trees were felled and their stumps or fallen logs were used for wood carvings. 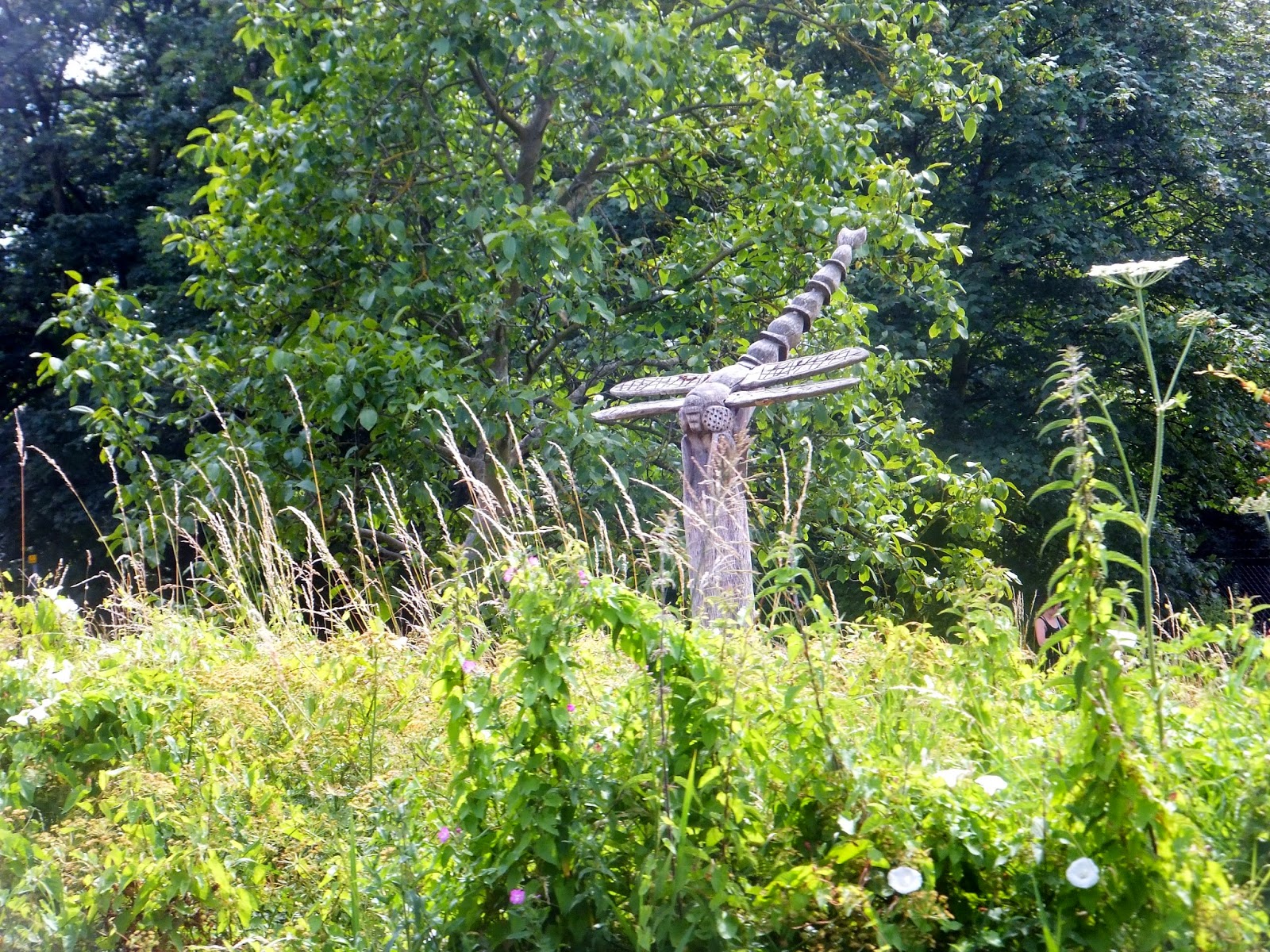 We stopped at Dapdune Wharf to use the services and sort out our licence and then moved on into Guildford, through Millmead Lock passed Guildford Rowing Club to a lovely mooring on the edge of a meadow.  I will write more about Guildford tomorrow as we are here for two nights now.

Yesterday I mentioned Sutton Place and, as is my wont, I did some research on it.

In the early 1520s the manor of Sutton was granted by Henry VIII to courtier and statesman Sir Richard Weston, who had been knighted in 1514. In the late 1520s Sir Richard began building a new house enclosing a courtyard on a new site some distance away from the old house which stood in Manor Field. Sir Richard entertained Henry VIII at Sutton Place in 1533. Following Sir Richard's death the estate remained in the ownership of the family, and Queen Elizabeth visited in 1560 during her first Royal Progress. During the mid-17th century Richard Weston III, who was a noted agriculturist, altered the River Wey which ran through the estate, to make it navigable.  Sutton Place remained in the Weston family and families related to it by marriage until 1919.  Philip Witham (a Weston descendant) inherited the house in 1904 though he never held vacant possession of Sutton Place and sold it in 1918.

Sutton Place was sold in 1980, after Getty's death in 1976 for £8 million, to a company owned by Stanley J. Seeger. Although Mr Seeger stated he spent almost £1m a year on maintaining the house he rarely lived there.  After 10 years Seeger sold it to another American, Frederick R. Koch and he used it to display his own art collection to the public. According to the Guardian newspaper he is said never to have spent a night under its roof.

An abortive attempt to sell the estate in one piece for £32 million in 1999 ended in ignominy as it failed to find a buyer, so it was split into four.  The house changed hands in 2003 for £25 million, with Mr Usmanov getting his hands on the keys though quite how is debatable!   Usmanov has hardly visited Sutton Place, in the last few years, preferring the other house he owns in Hampstead, Beechwood, a Grade II listed mansion for which he paid £50 million in 2008.
You may have found the above boring but I really enjoyed researching this little bit of the history.