Richard and I were both awake about 6ish – no idea why but dozed till about 7.15am.  We were soon up and off shopping to top up while we had the car.  The washing machine was churning away as I was determined to get all the washing up to date while we were on mains electricity, water to hand and glorious drying weather!  Even Muffin as clean towels!

We had a fleeting visit from Charlie and Orlando as Charlie hadn’t seen the boat before.  Orlando sat in the cratch and fed the geese.  It was then time to take the car back to Fay’s, have some lunch and then set off to Teddington Lock.
As we approached Kingston we saw No Problem so we swung round to say hello to Sue and Vic – it’s always great to catch up with fellow blogger albeit only a very short catch up.  Just as we were leaving Sue gave us a pot of the blackberry and apple jam she had been making (making jam in that heat – Sue must be mad!).  Thank you very much for the jam Sue :-)

It was then on to Teddington Lock where we had a short wait before being called in and then on down the tidal Thames.  We couldn’t believe how quiet the first part of the river was.  There were a few rowing boats and canoes around but that was about all on the river however the banks were crowded and all the riverside pubs were heaving. 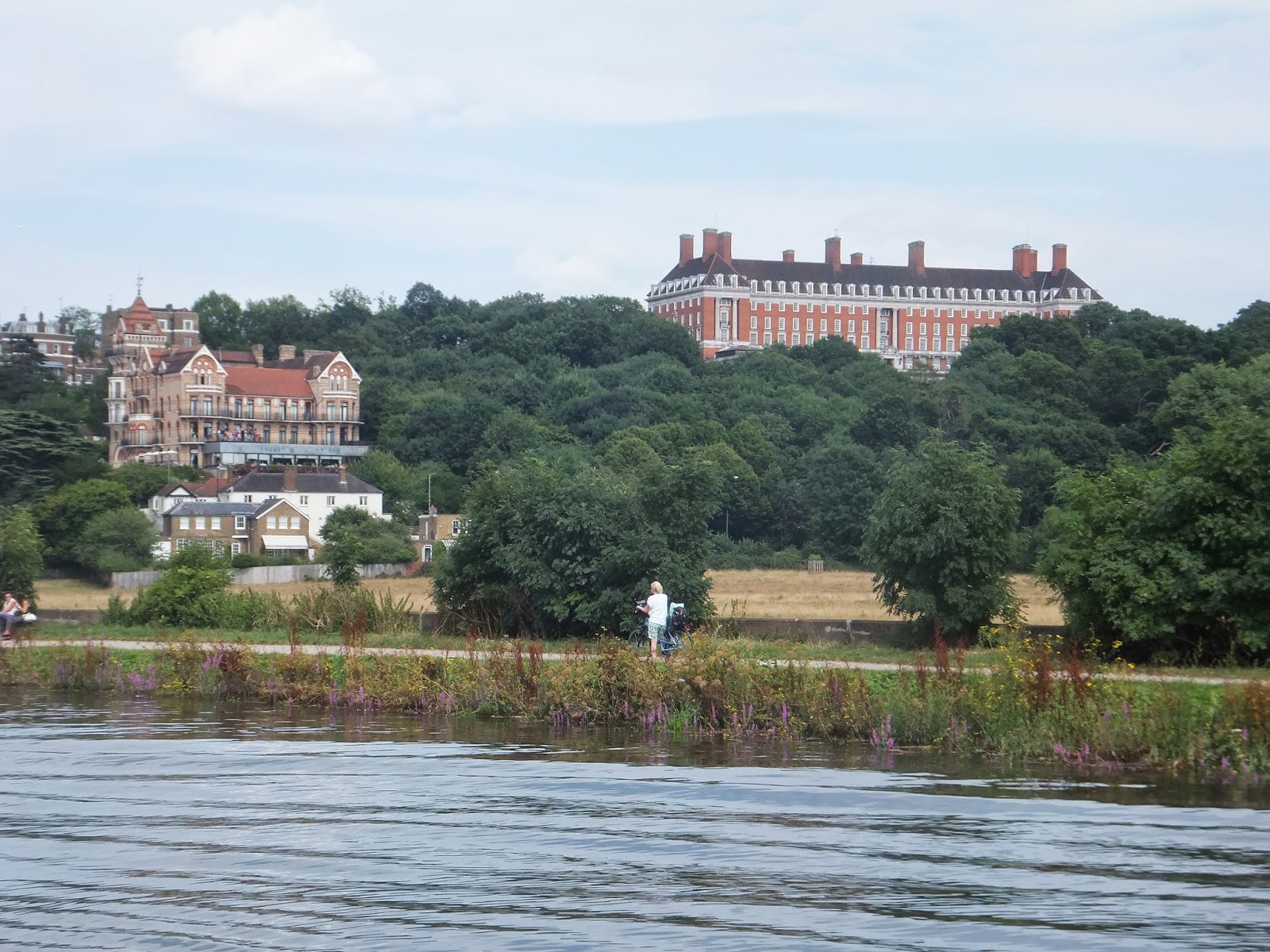 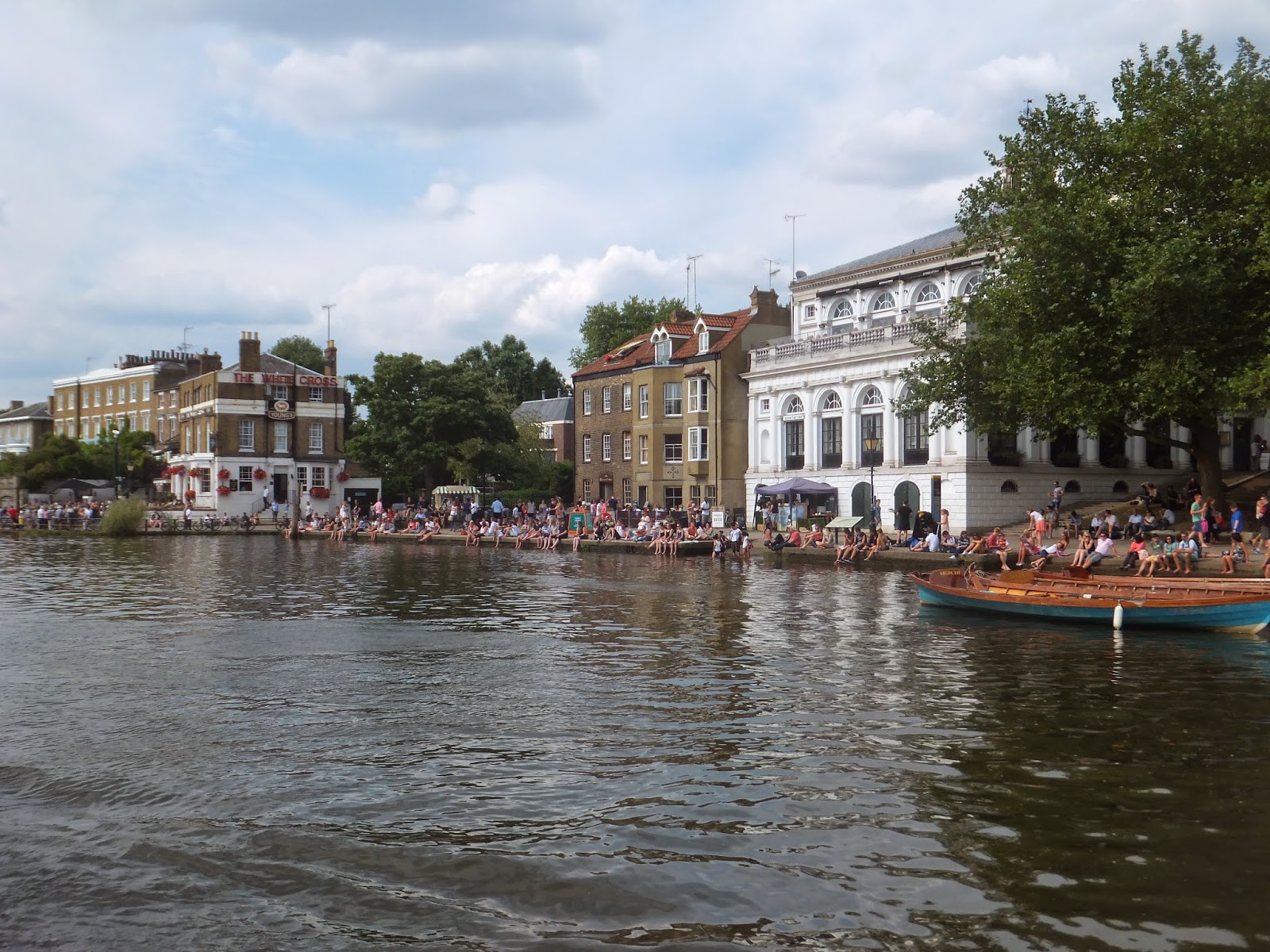 We passed the entrance to Brentford Lock and then started under all the famous bridges.  We still couldn’t believe how quiet the river was which was nice and it gave me time to really look at the buildings.  We last did the tidal Thames in 2010 and going upstream - either the skyline has changed enormously or we didn’t look behind us!!  It was fantastic and especially in the late afternoon with the sun shining on the buildings.  You can just see the Shard peeping in the second photo. It is an amazing building – Richard took me up it for my 60th birthday – and it just seemed to move around and kept disappearing from time to time. 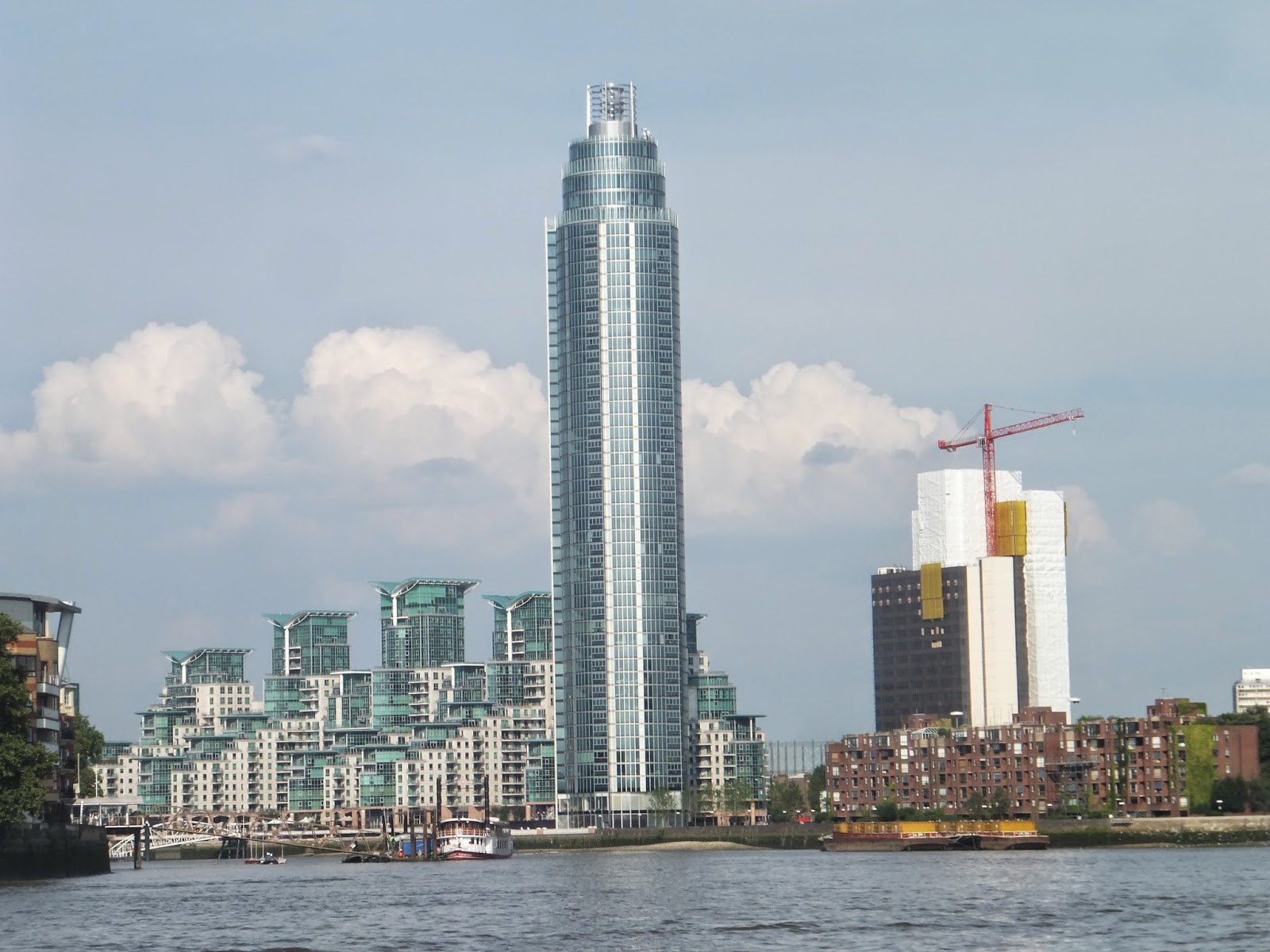 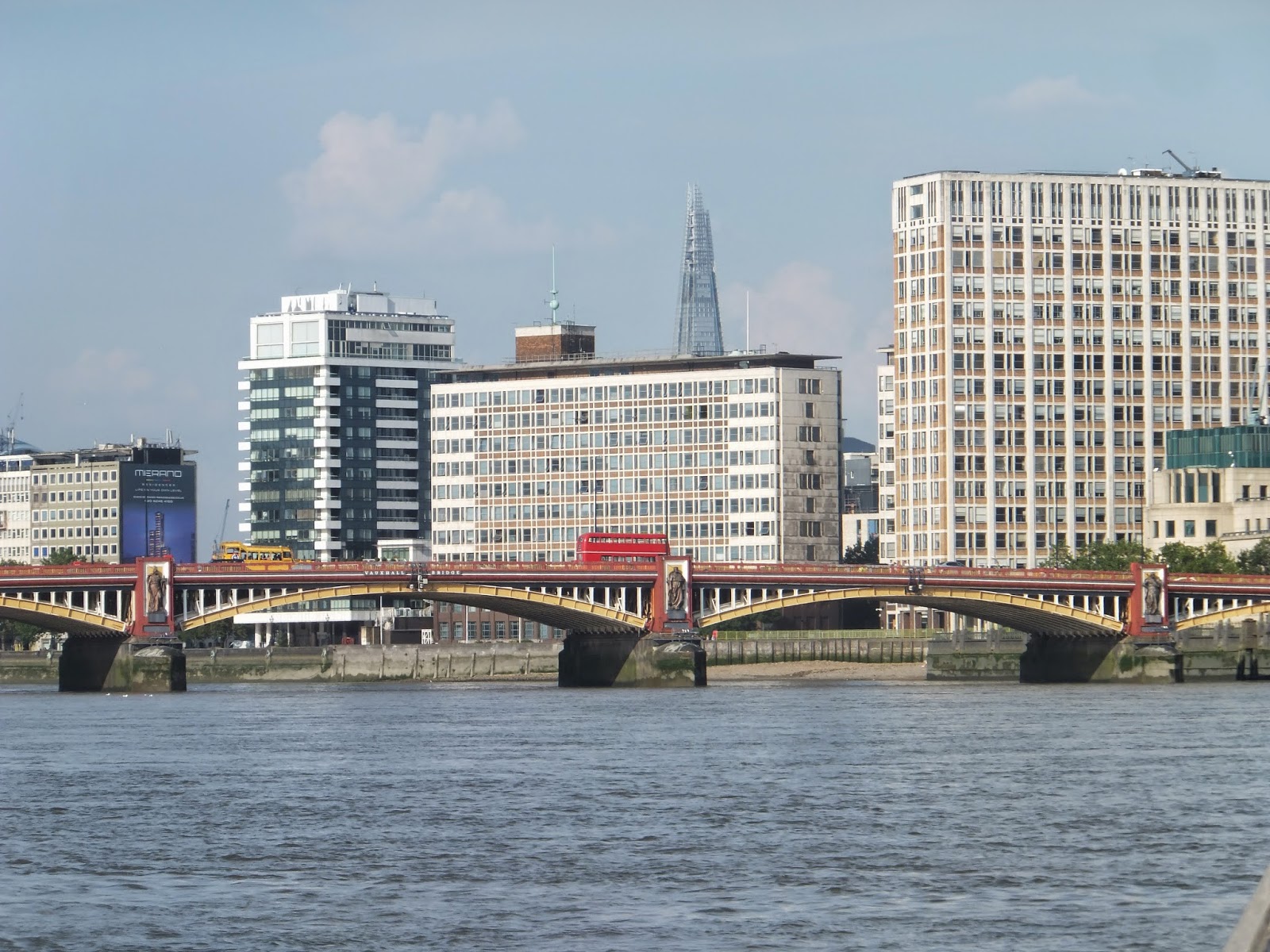 Passed Battersea Power Station which is undergoing a major revamp and will eventually be flats (surprise, surprise).  The four chimneys will be dismantled and rebuilt.  Each new chimney will be visually identical to the original, the only difference being that the new chimneys will use a more modern pattern of steel reinforcement within the concrete.  Initially work will start on just one chimney and only when that is halfway through being reconstructed will work start simultaneously on the remaining three.  The new complex looks pretty stunning so do check it out. 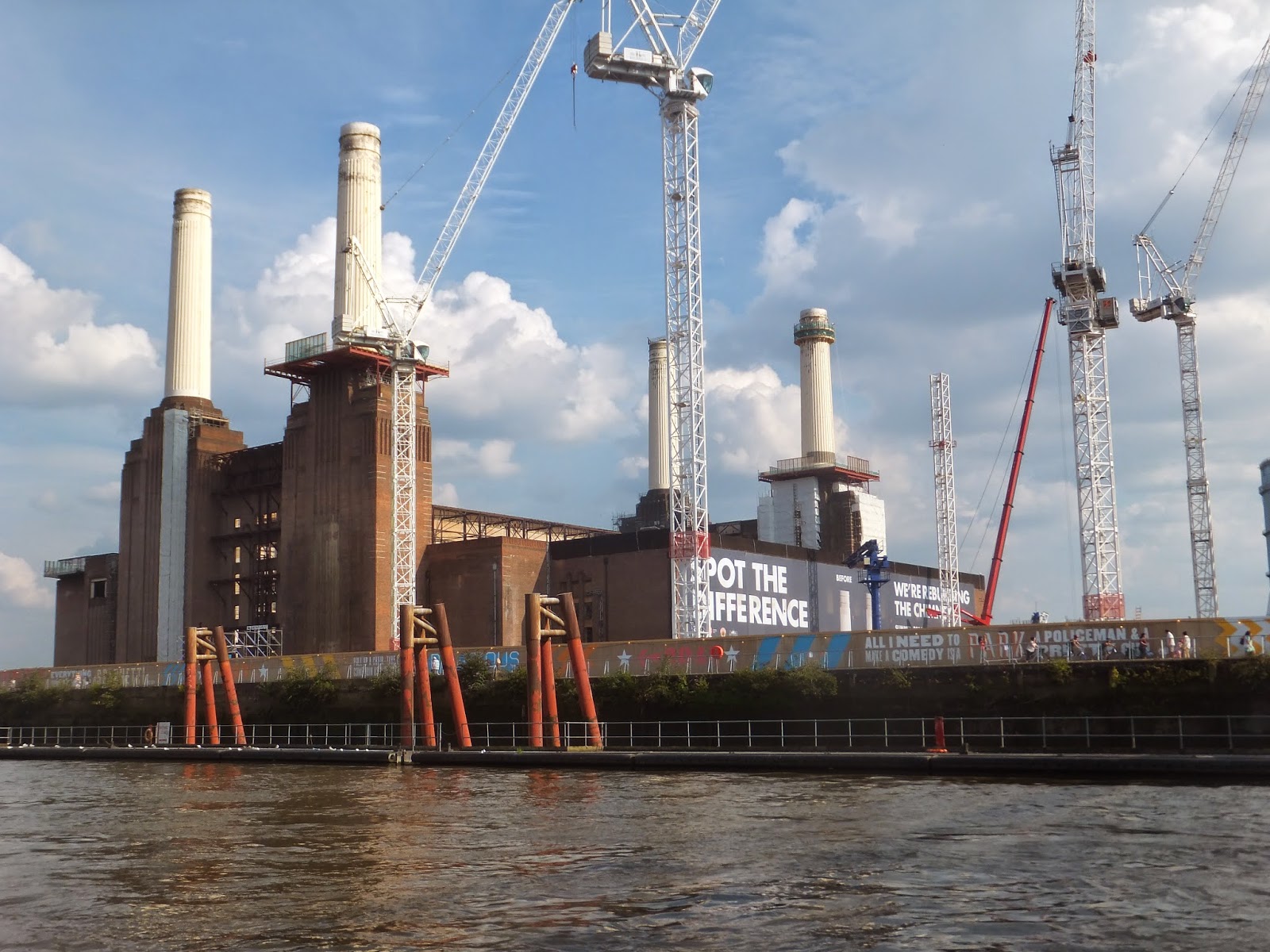 Under Vauxhall Bridge and passed the MI5 building which my step-father worked on while it was being built. 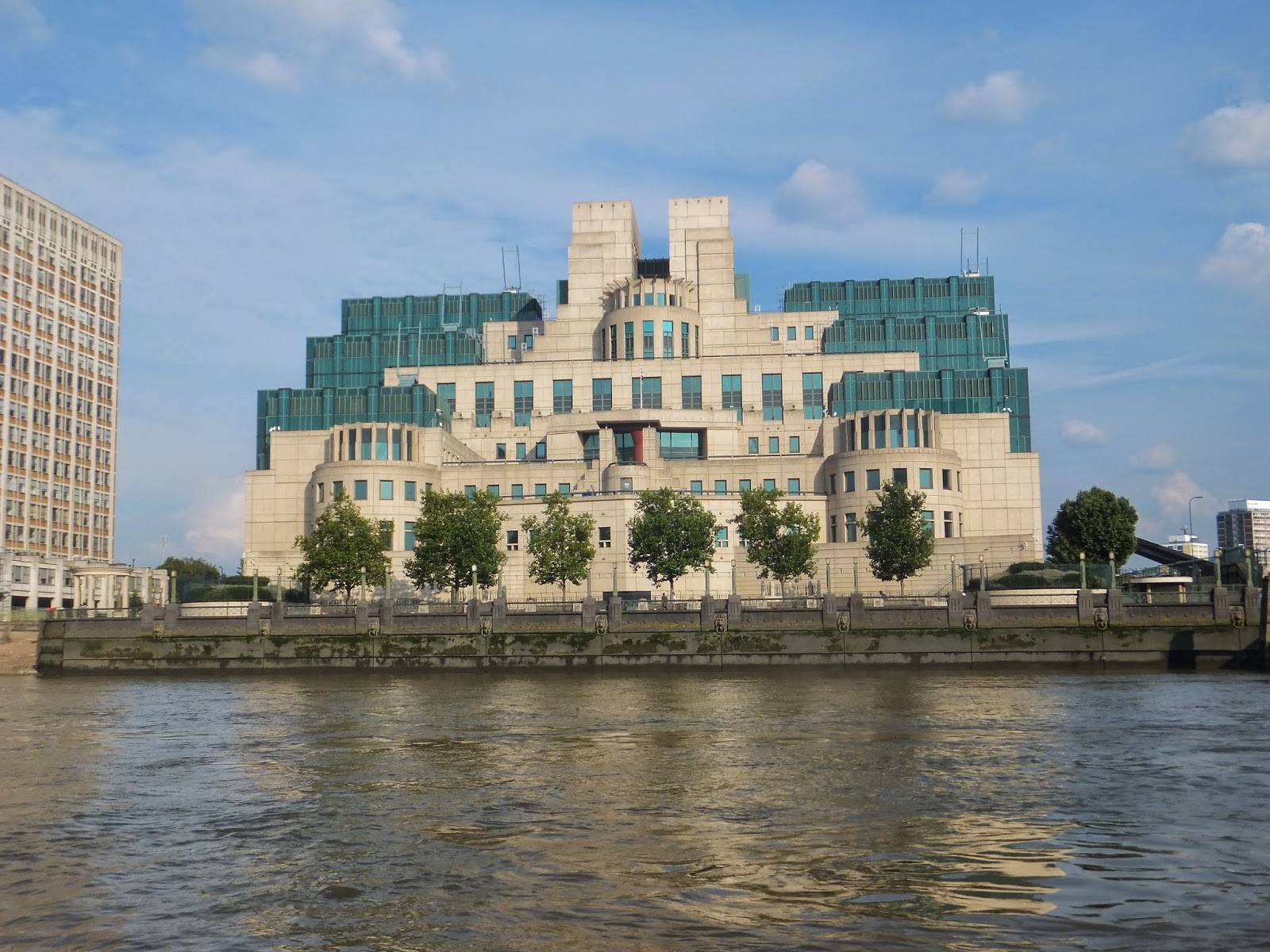 After Vauxhall Bridge the river started hotting up – literally!  The water looked as if it was almost boiling.  There were boats coming up and down the river and across from side to side.  It was never frightening but I was jolly glad I wasn’t steering!  I tried to take photos of the water but they didn’t really come out. 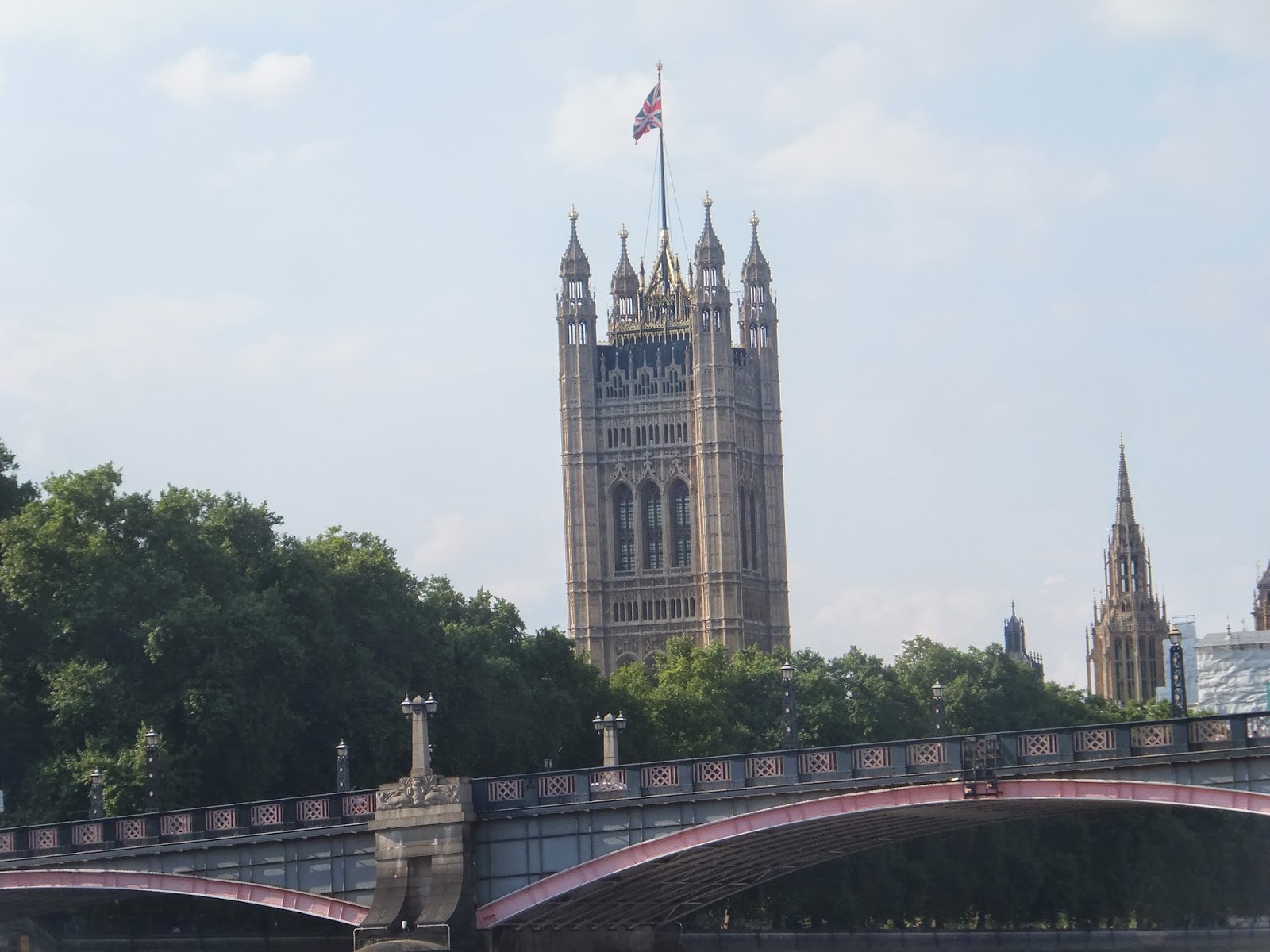 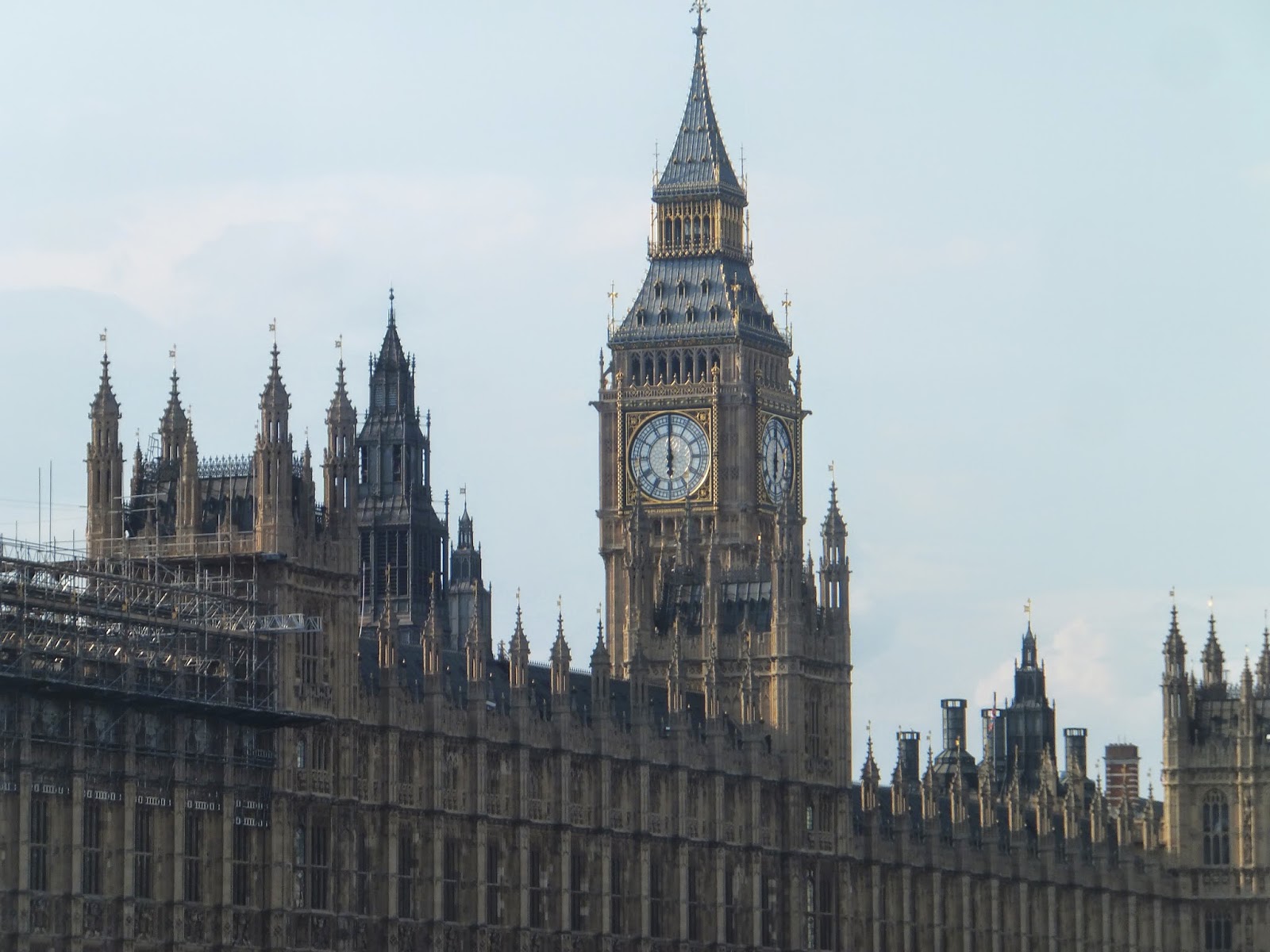 We went passed the Houses of Parliament and Big Ben as it struck 6pm – how lucky was that??  At that stage I just didn’t know which way to look as I wanted to look at that, the London Eye and keep my own eye on the water!  After Charing Cross Bridge the water calmed down a bit thank goodness 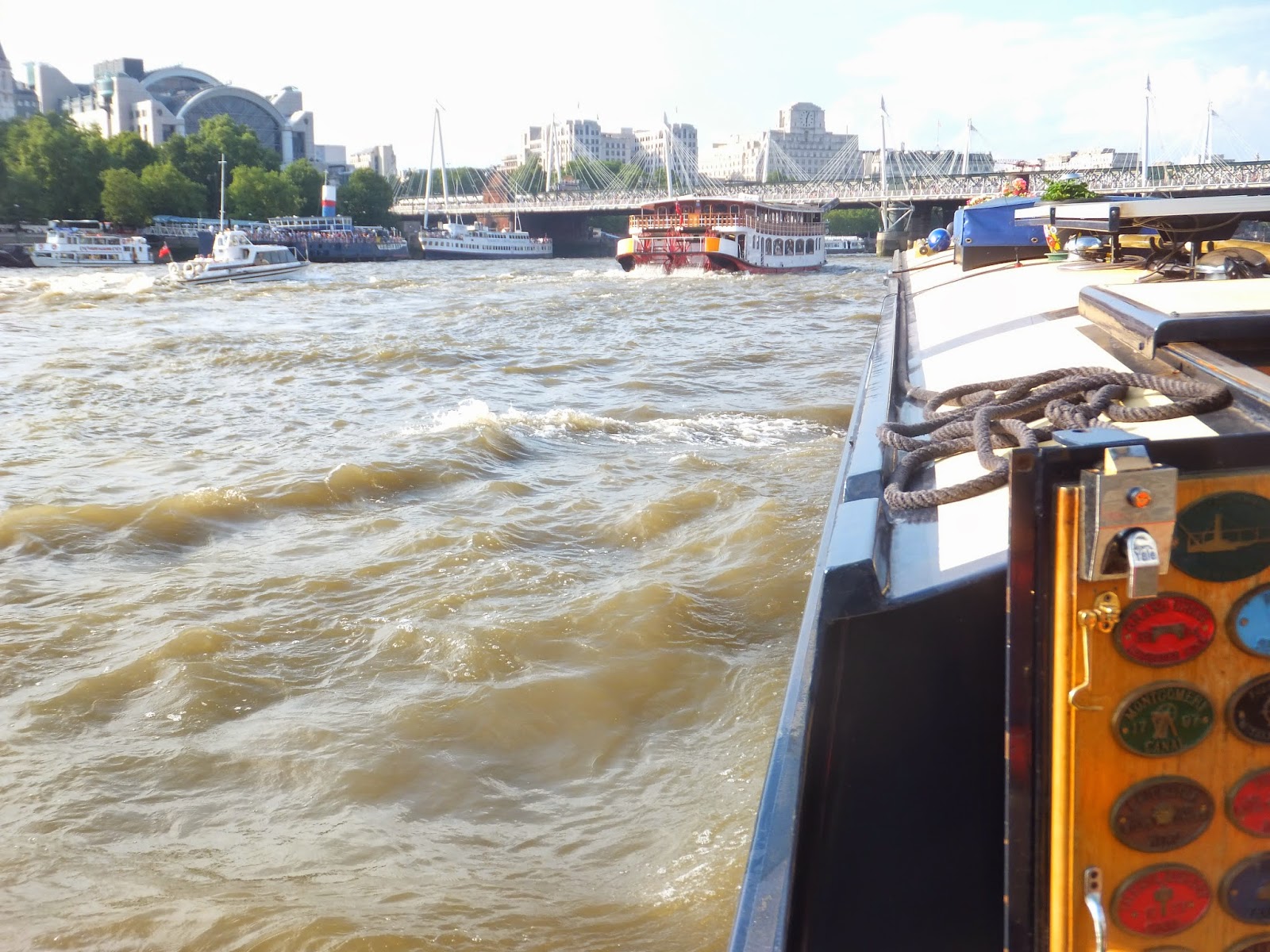 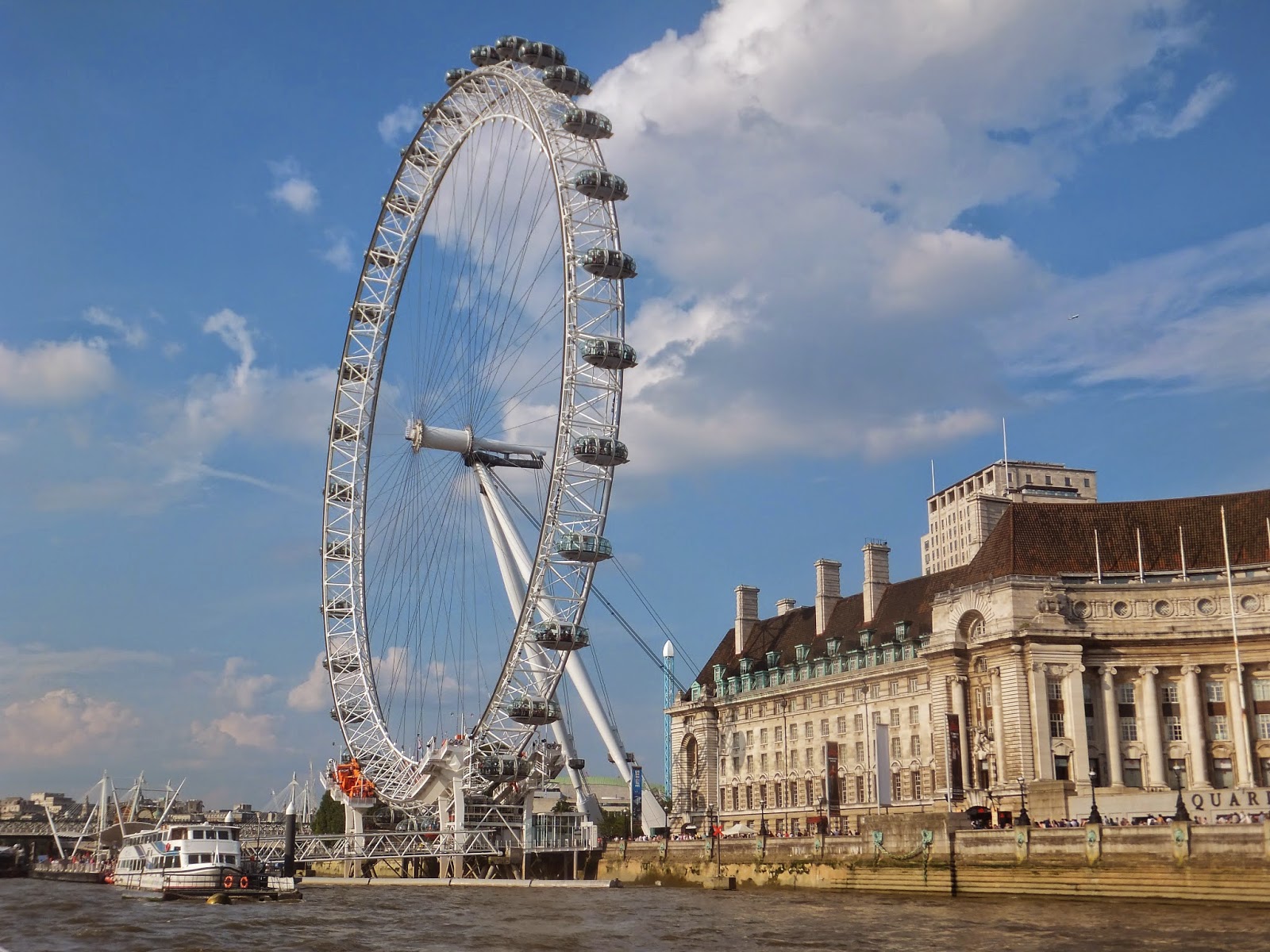 Under the Millenium footbridge with the view of St. Paul’s Cathedral and the new City buildings and Shakespeare’s Globe on the other bank. 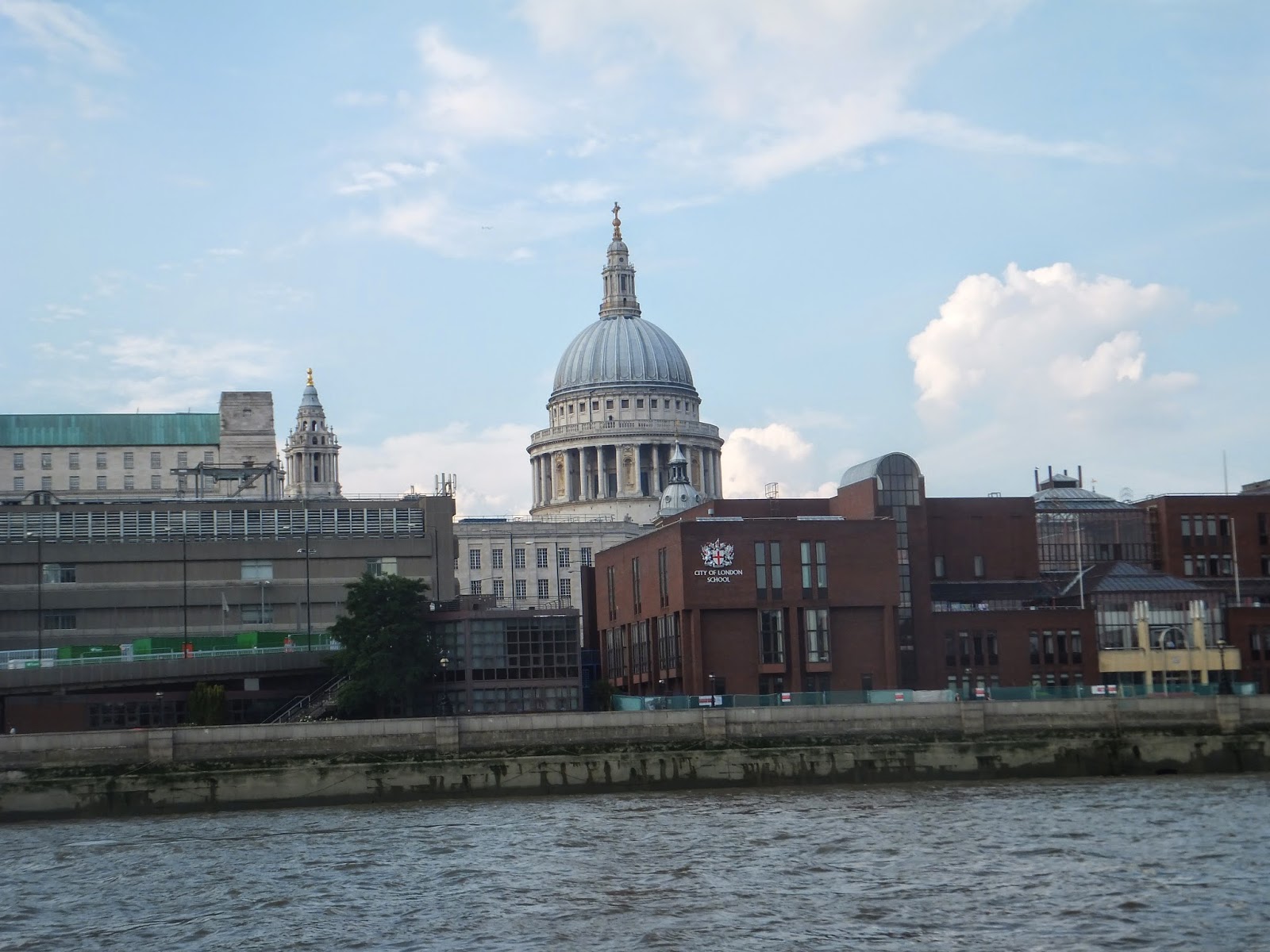 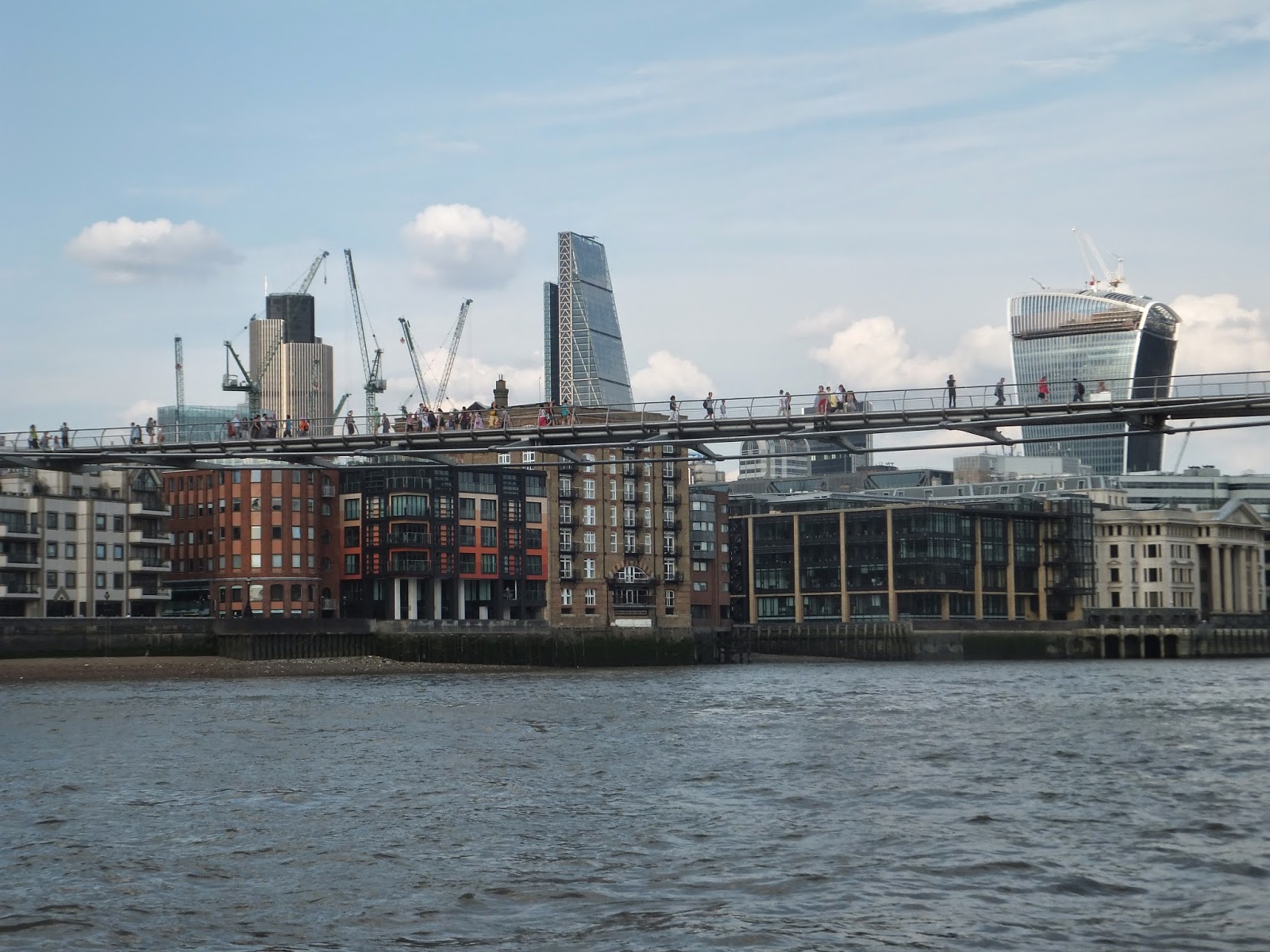 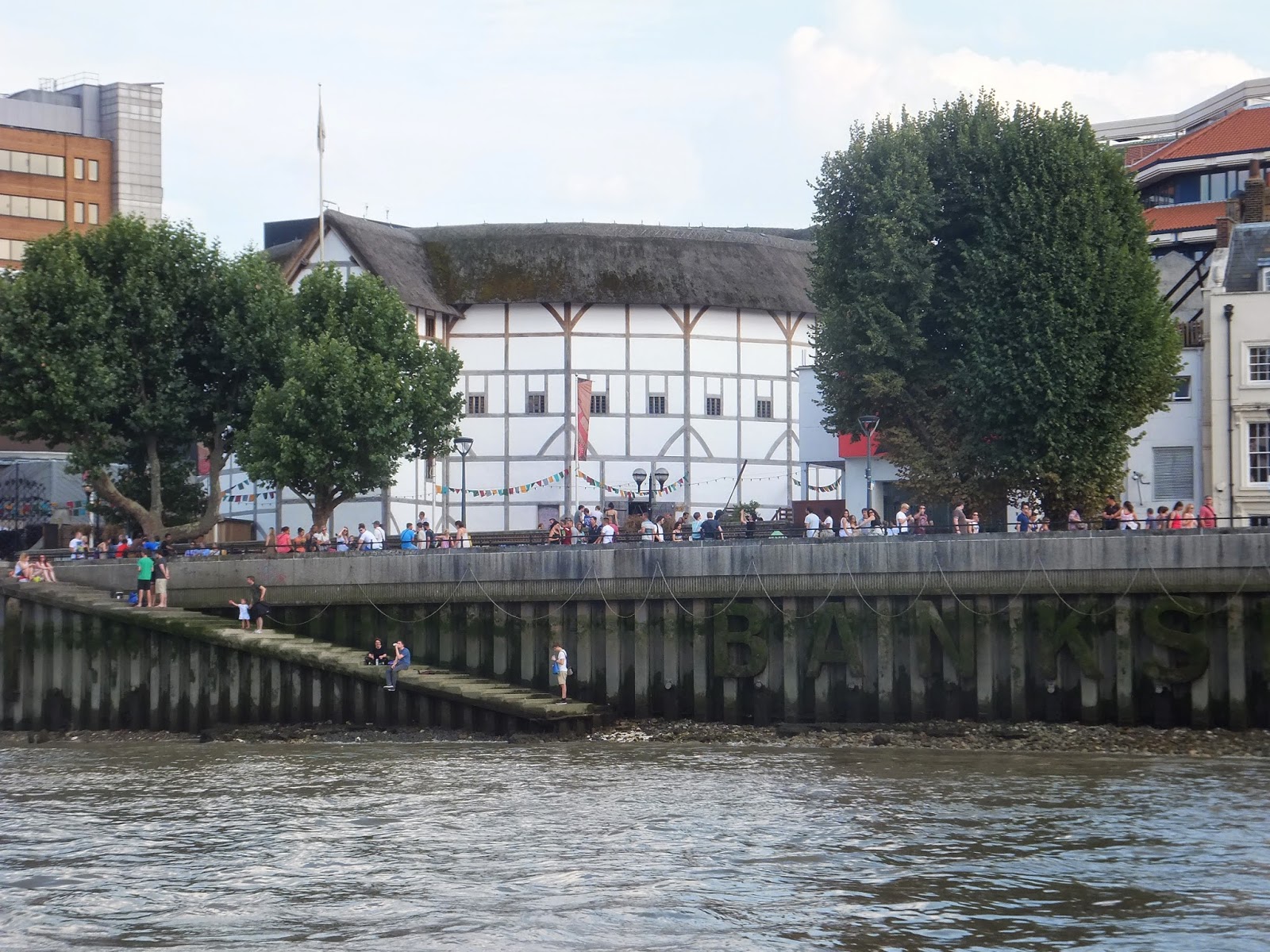 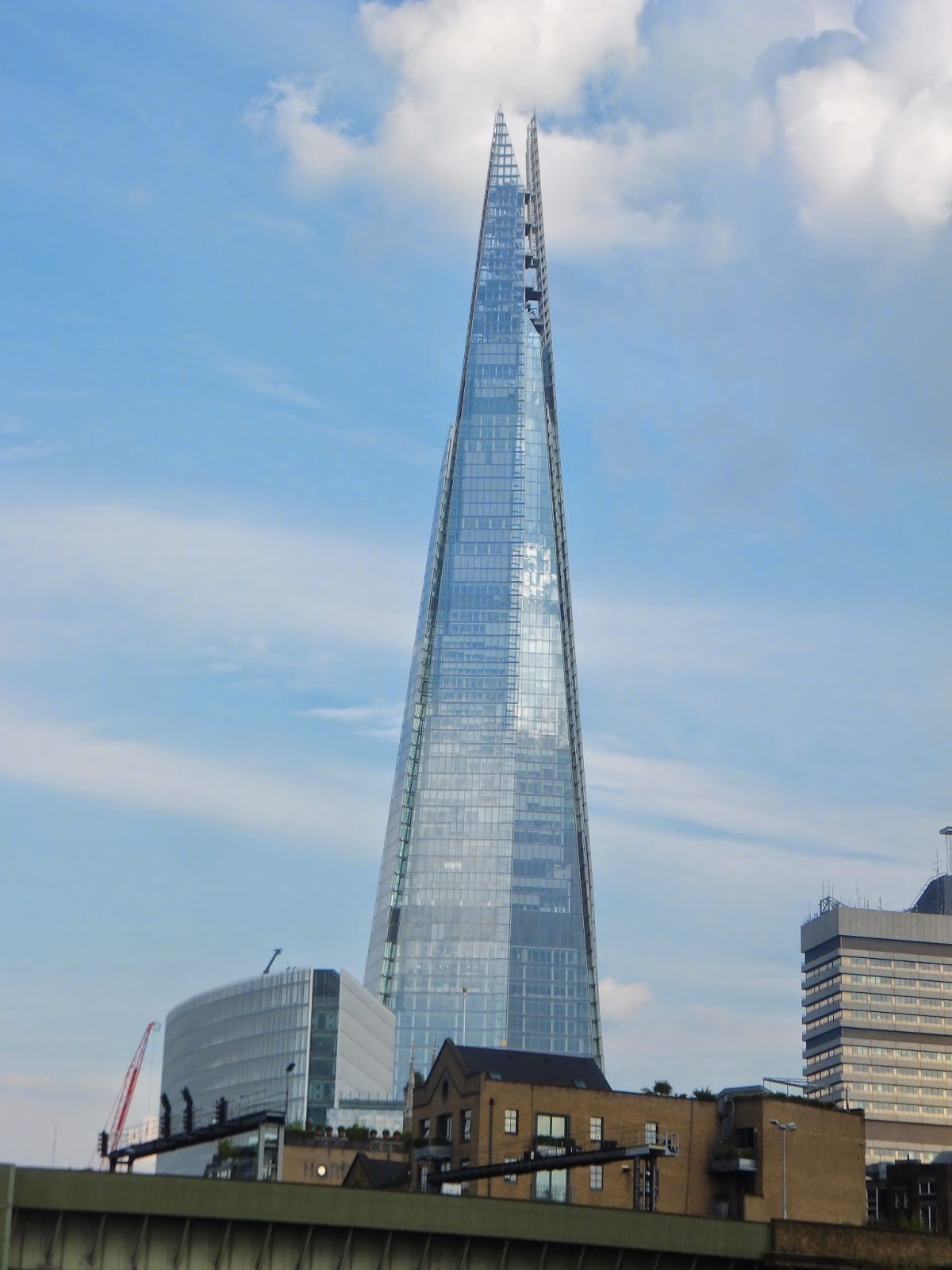 And then HMS Belfast and Tower Bridge – would they raise it for us???  Hm no – what a surprise!! 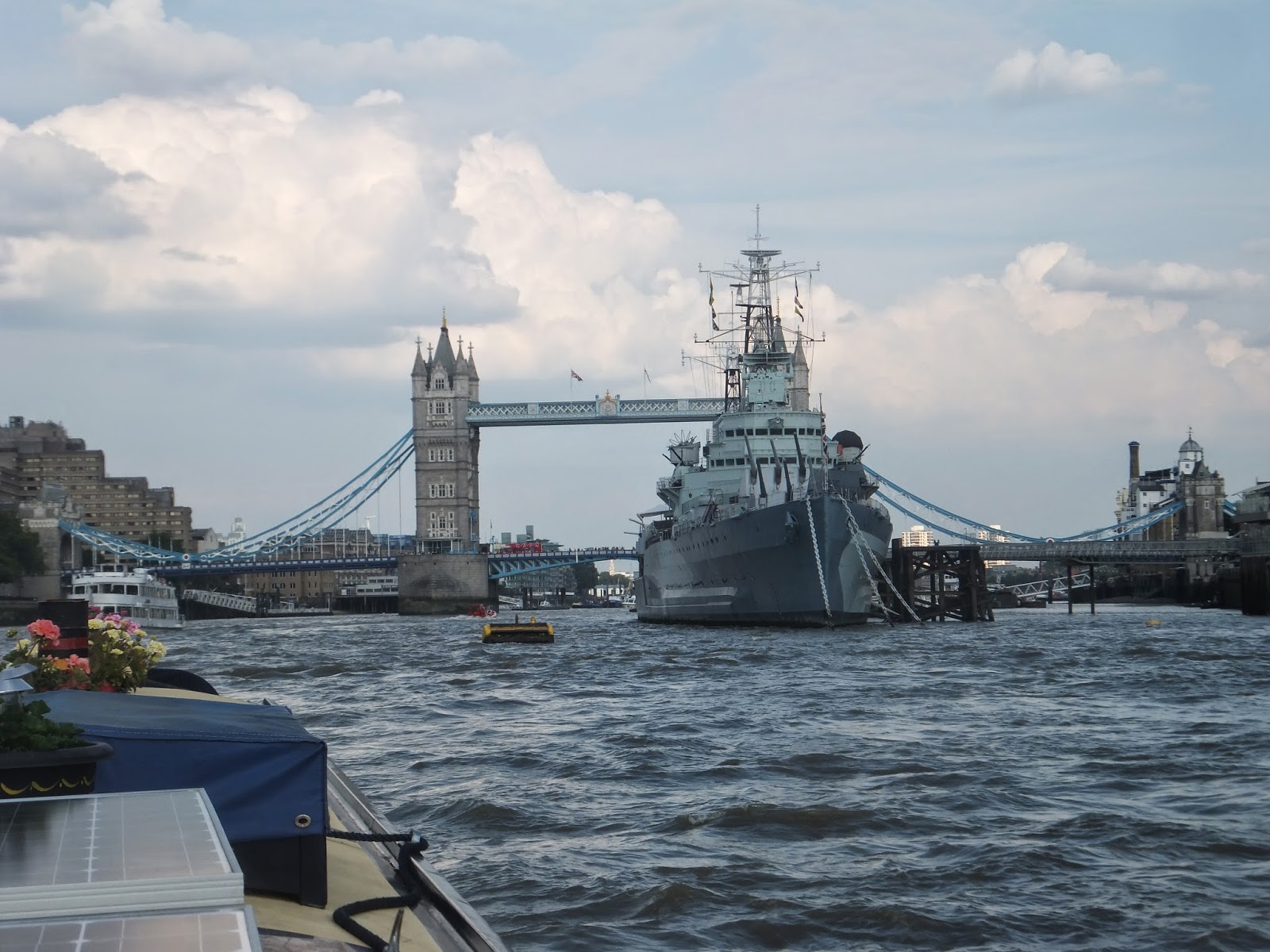 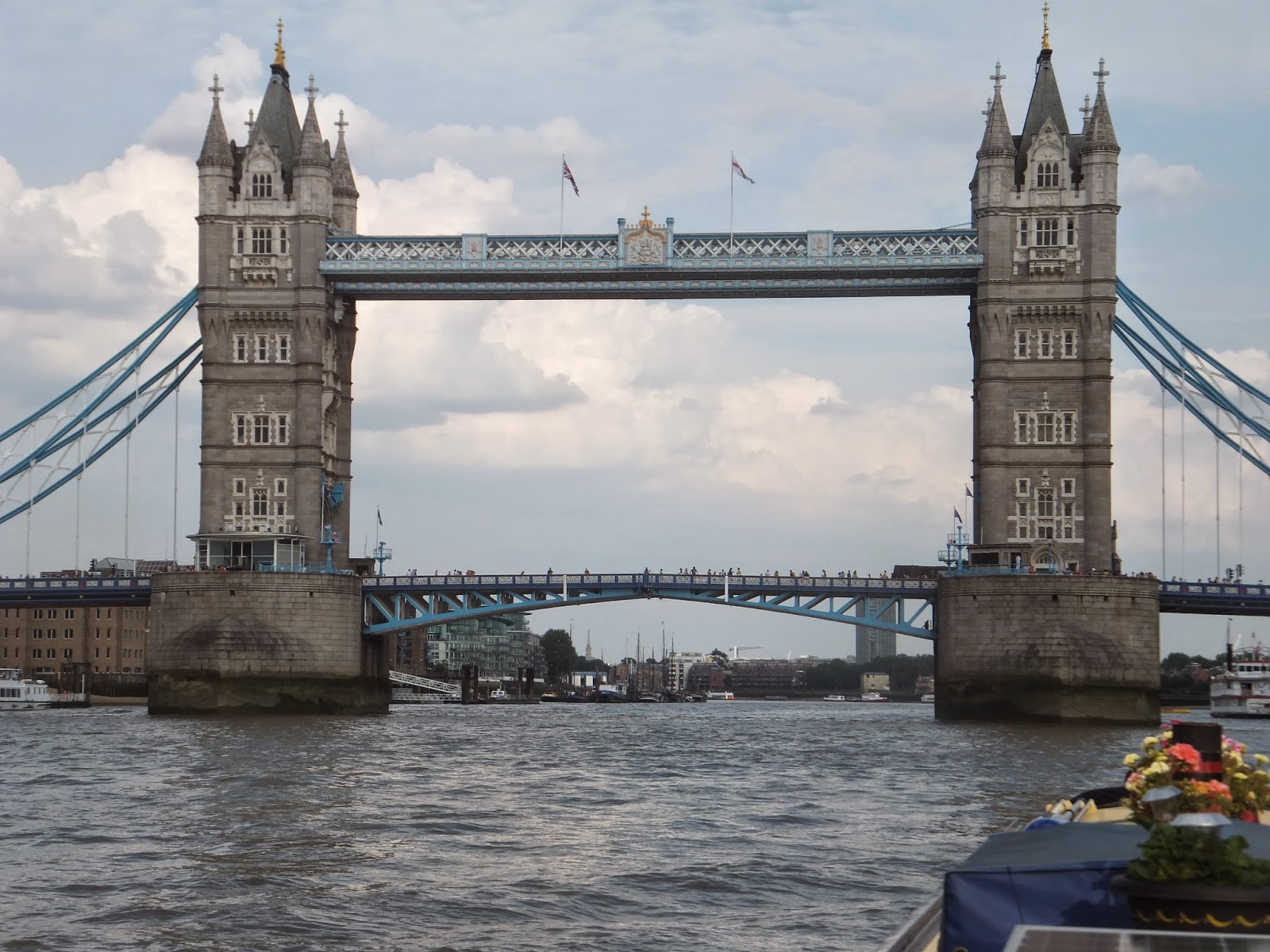 Then it was all over and much too quickly – I wanted to go back and do it all again and really enjoy it instead of worrying!  We finally found the entrance to Limehouse Basin, it seemed much further down that we thought.  I had radioed up and the lock was ready for us so, with Mary H not wanting to leave the river, Richard managed to persuade her into the lock!!  The lock is pretty scary as they just open the gates a bit at a time to let the water in.  Then eventually they open them really wide and a wall of water just comes in!  We had to hang on very tight.  We moored up against the basin wall which was busy so we had to breast up.  I had bought 2 ready meals so we ate those with a bottle of sparkling wine and relaxed.  We were both exhausted. 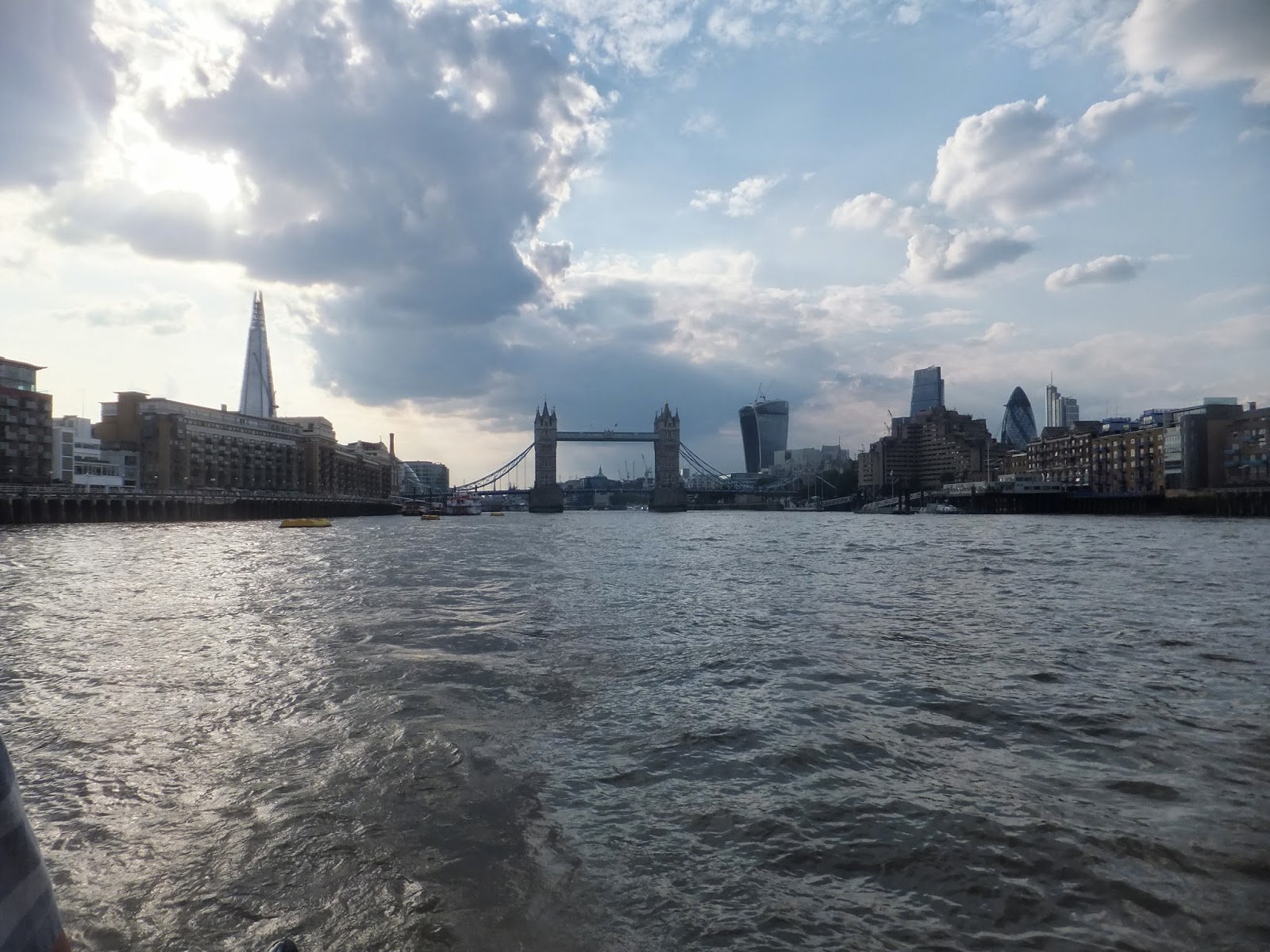