We awoke to rain but it soon cleared away to leave a fine and mainly sunny morning albeit a little chilly. 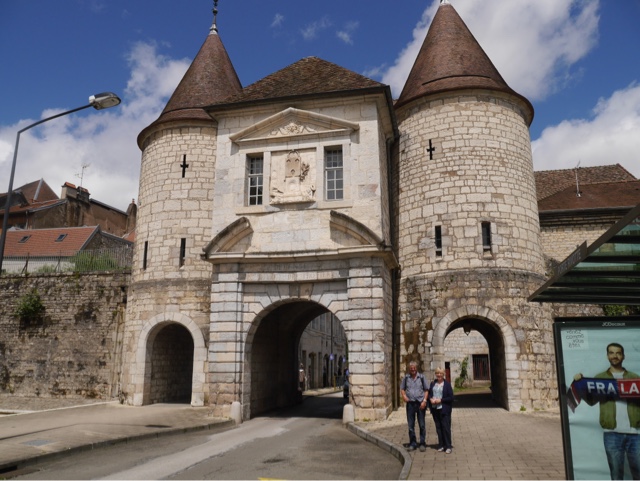 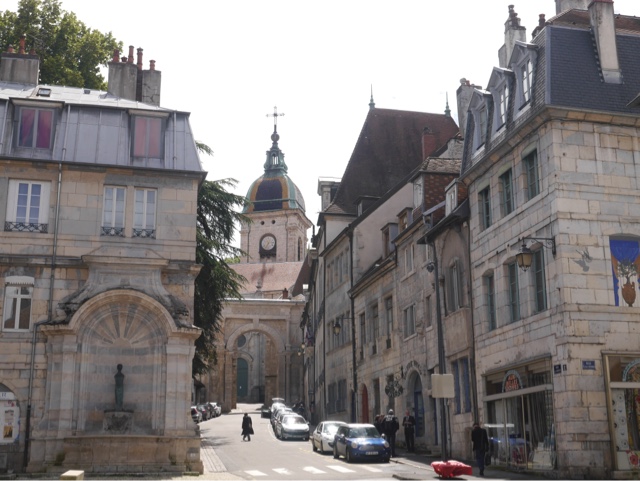 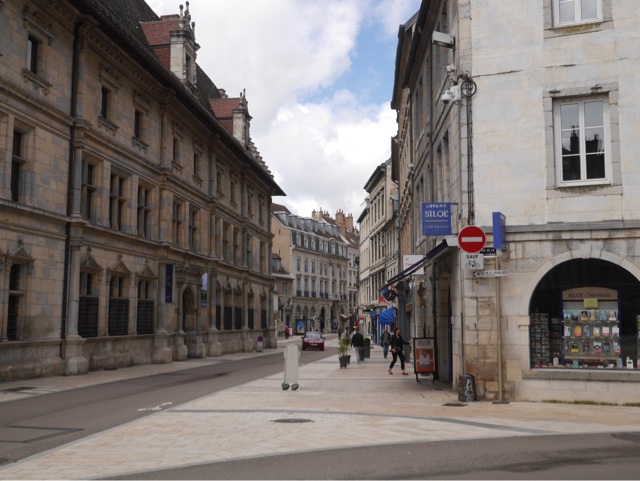 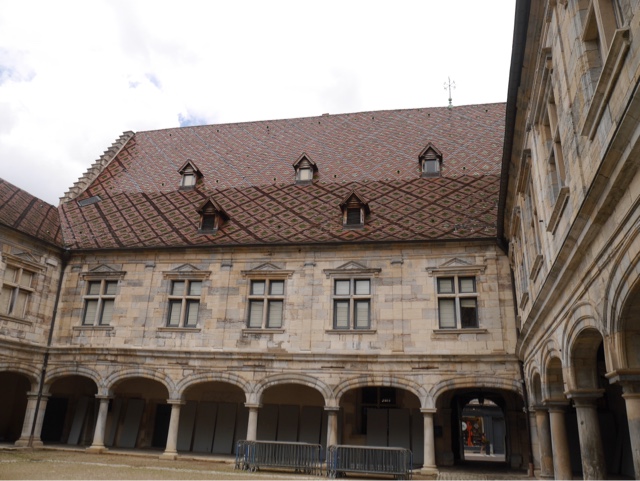 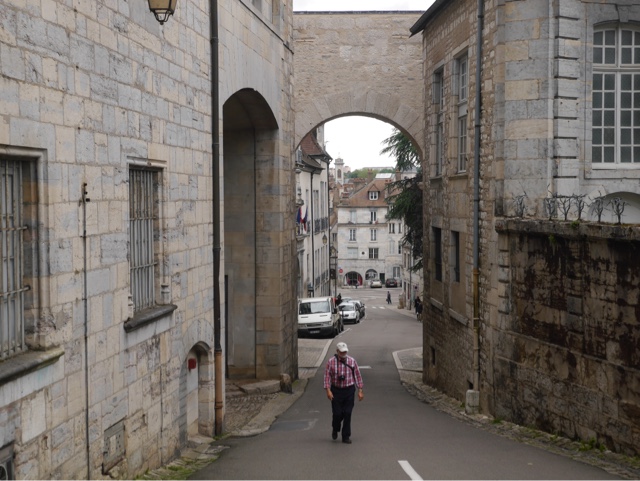 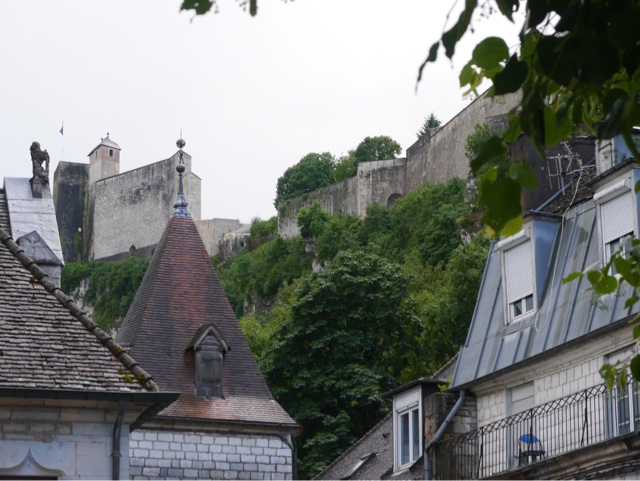 We left  the site at 11am to go to Besancon with me driving and Penny navigating - Richard was having a day off ☺ Besancon is about 50 minutes away.  We parked in the old town and had a wander round. It was very quiet with very few cars. Newly paved streets with lovely old buildings.  We found a bar with a miserable waiter and had a beer but walked across the pathway to a stall selling paninis and crepes - we all had paninis.   We then walked towards the cathedral passing the birthplace of Victor Hugo.  The Cathedral of St. John was rebuilt in the 13th century on foundations that date back to the 3rd century. There is an astronomical clock which was made in 1860 by Auguste-Lucien Verite.  It has 30,000 mechanical parts. 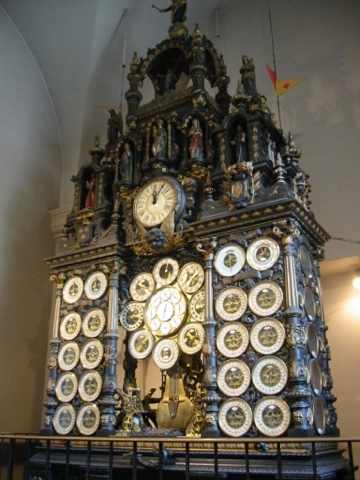 This round stone altar was consecrated in 1050 - it is known to be the only circular altar that remains in France. 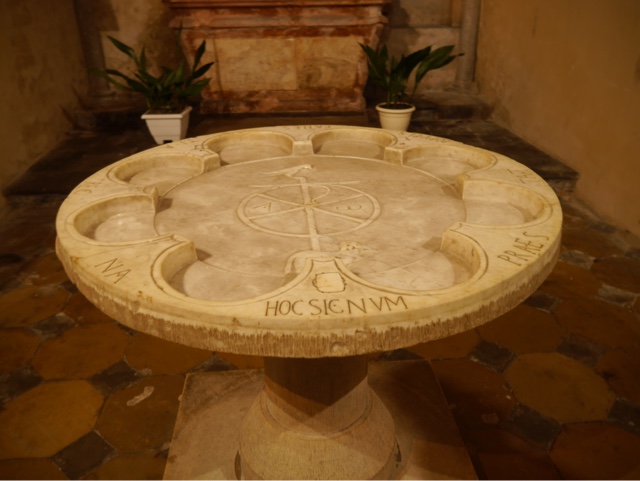 Suddenly we heard thunder (oh heck we were in a church - God's wrath?) so sheltered in there until it stopped.  We returned to the car and drove up to Le Cittadelle which looks down over Besancon.  Sadly due the wet weather (one thunder shower) the ramparts were closed and it is from there we would have got the wonderful views.  Still we found a mini rampart and these photos are taken from there. 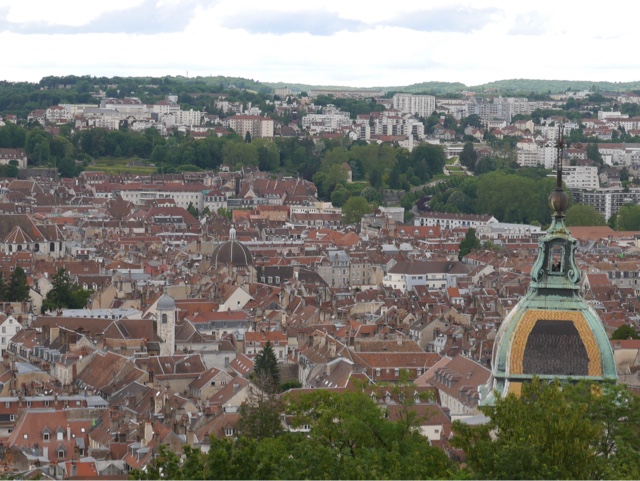 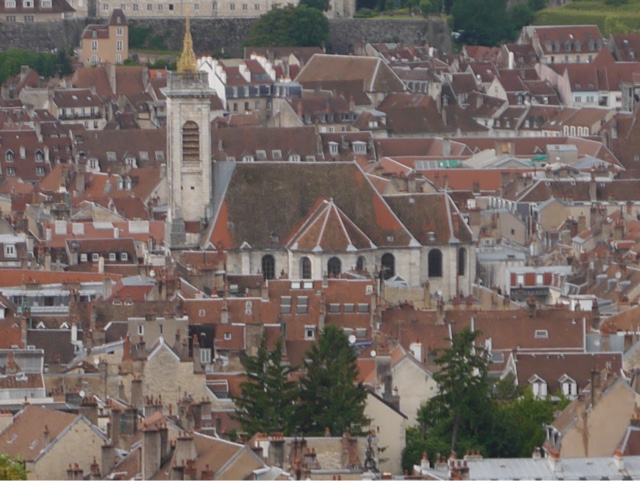 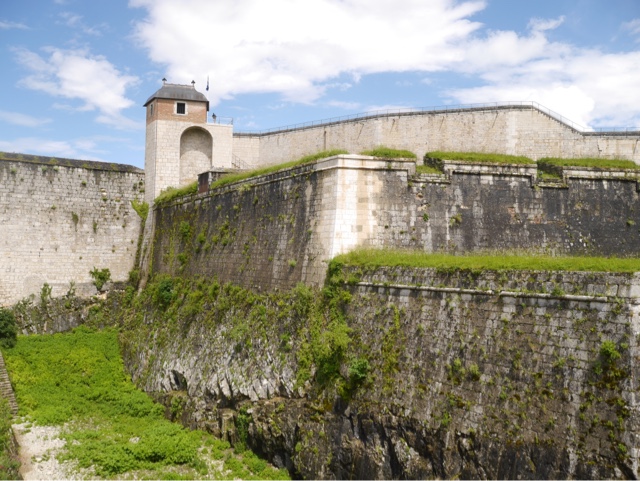 We returned to the site where Penny and Jim did a lovely BBQ - it wasn't raining! 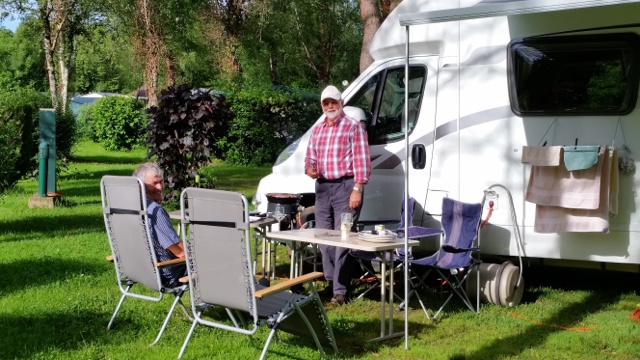 We awoke to rain but it soon cleared up and we had a mixed morning of sunshine and cloud though it was quite muggy.

Penny and I did the washing which was a very complicated affair!  We needed three machines between us as they are quite small.  One of them wouldn't work so we had to get Madame out to sort it out.  We then had to get her back again as we couldn't open the door!

The boys had a restful afternoon while Penny and I went and stocked up for our week on the boat.  We didn't seem to have much to show for our €200 though we did both buy a nice top.

It was a lovely afternoon and we got back to the site to find Richard and Jim sitting in the loungers in the sun.  Richard took down the awning in preparation for an early start in the morning.

Here are a few photos of the site. 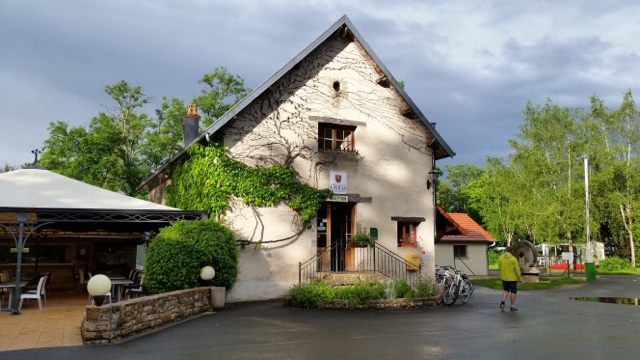 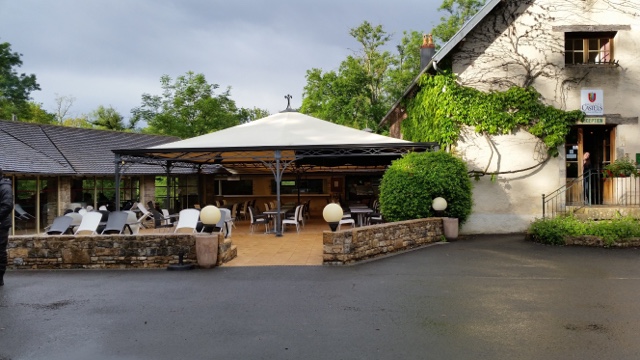 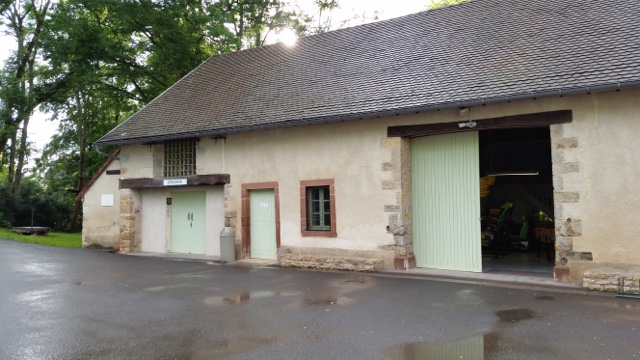