We knew that Irene and Ian on Free Spirit was just around the corner above Branston Lock but we also knew that they were going to a party last night.  As we approached all the curtains were shut so I guess they must have had a late night!!  Sorry we missed you Irene.

I always love Tatenhill Lock with it’s pretty lock cottage.  However, I had never noticed that it is now a B & B but it is 3 years since we passed this way.  I took this photo back in April 2010! 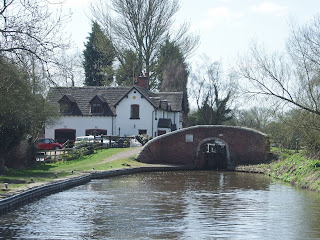 We filled with water at Barton Lock up through the lock and then on to Wychnor Lock.  I’ve heard of garage sales and yard sales but never a towpath sale! 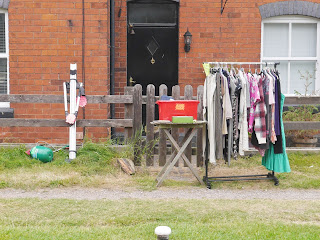 I got a call from Michelle to say that they had stopped in Alrewas and that there was a space behind them.  Aaron had gone on a reccie to try and find a good pub for Sunday lunch and came back saying that The Crown sounded good and we could take Muffin in too.  We all traipsed off and had an extremely good lunch – one of the best we have ever had.  The service was excellent with the staff all very friendly and nothing was too much bother for them.  It also served a mean Doombar! 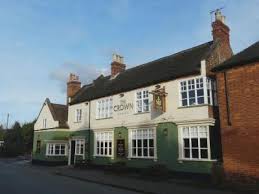 Back at the boats we decided to stay put and not move on.  The chairs came out on the towpath and we sat and chatted until it got to the stage that my feet were freezing!

We had a visitor during the afternoon.  It was ringed so I guess he had just stopped for a rest.  We put some water out which he drank and some porridge oats which he turned his nose up at!  After about half an hour he flew off obviously refreshed and revitalised :-) 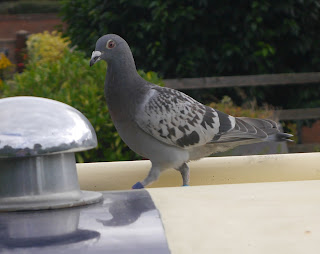 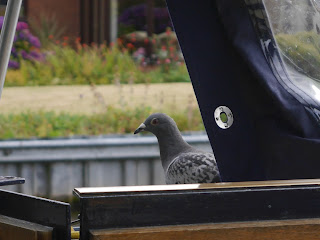