Today we headed for the mountains and Sorbas where the gypsum comes from.  The village’s history is old - several prehistoric settlements dating to the Neolithic period have been found. However, those found in the early twentieth century have been dated to the Bronze Age, circa 2000 BC.  The village is also known as Cuenca la Chica and is located over the Río Aguas.  Its houses look as if they are suspended over the ravine. 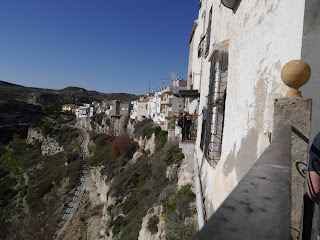 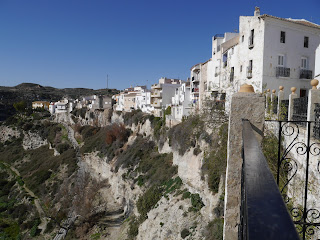 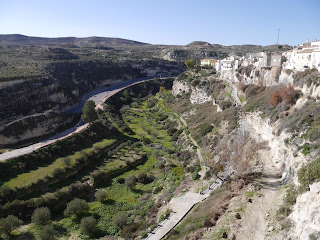 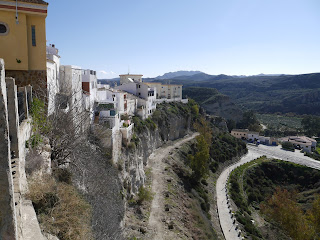 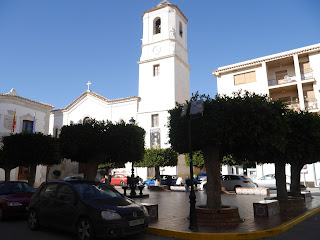 From Sorbas we drove up to Uleila del Campo and then took the wiggly road up the mountains of the Sierra de los Filabres – Richard’s choice as he was driving. 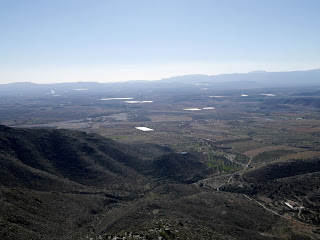 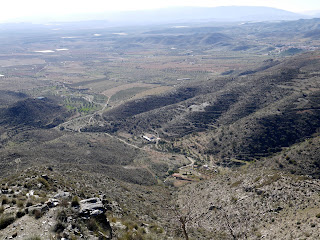 This is looking directly down on a small settlement 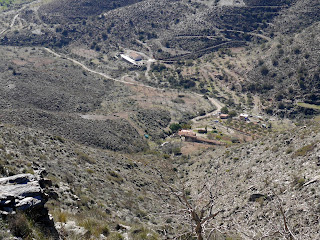 Up and up until we were in the snow! 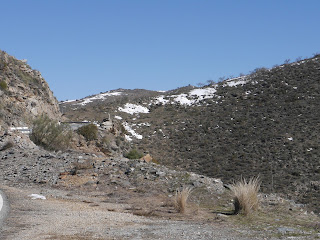 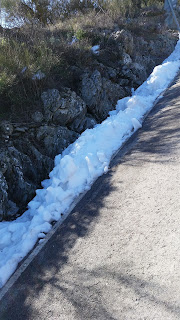 We came across this building high above us – I would like to say it’s the Ermita Deze la Virgen de la Cabeza but I’m not too sure.  Maybe it is part of it. 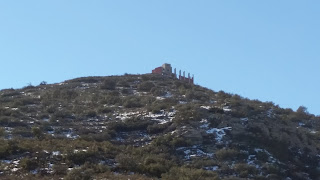 We could see the snow topped mountains in the distance. 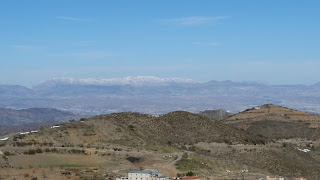 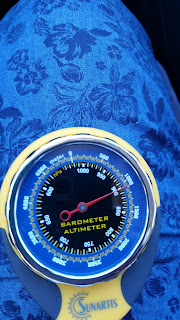 We then came across this just outside the village of Cobdar. 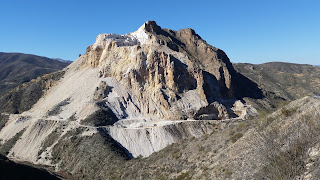 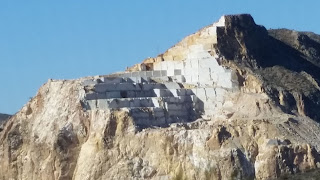 It is a marble quarry where they produce Amarillo Cobdar marble.  The whole area is famous for its marble and produces over 1.3 million tons.  The marble has been used in the Alhambra in Granada, the Mezquita in Cordobas and the Monastery of Escorial.

From Cobdar it was on to Los Molinas, Los Dioses, La Rambla Aljibe, El Picoco and Bedar.  The area is covered in, what look like, dead trees and olive trees.  At first, we thought that we had come across deciduous olive trees as, apparently, their leaves can fall off when it is very cold.  However, we stopped and I picked what I thought was a dried up olive only to find it was an almond!  Some of the almond trees are beginning to come into blossom – another few weeks and the area should be a riot of colour.  We will definitely go back at the end of February next year.  Almond processors processed more than 40,000 tonnes of almonds last year, most of which were sold to the confectionery industry and to nougat manufacturers. 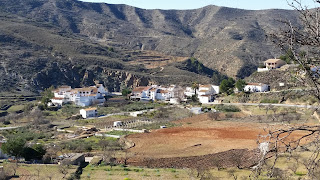 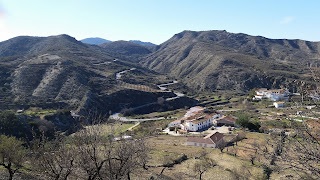 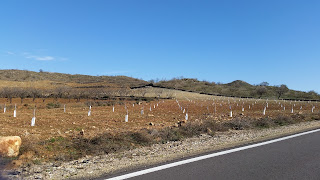 By the time we got to Bedar we had had enough!  I know quite a few ex-pats live there and now I understand why.  It is beautiful!  There are lots of small hills each one with a house on the top with views to die for and the village itself looks lovely.  Stupidly I didn’t take any photos so you will have to wait a year!

We hadn’t had any lunch and ended up stopping at Martin Morales Restaurant & Café where we had a very good menu of the day for €13.95.  Lots of choice for each of the three courses.  The restaurant has only just opened - it is a short walk for our apartment next year :-)
Posted by Linda Gifford-Hull at 13:03