A long day – well for us anyway.

Last night we battened down the hatches and waited for the terrible storms – it missed us completely with not even a drop of rain! 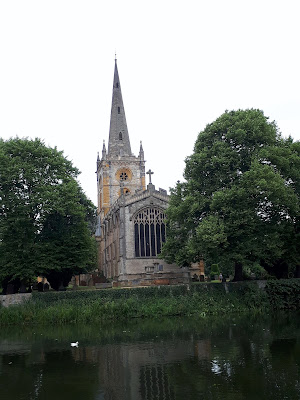 We set off downstream and were soon at the first lock.  The Avon Navigation Trust (ANT) like making if difficult as almost every lock on the Upper Avon has two names!  We shared the first lock with a couple on a hire boat who were very nervous.  They had, in fact, come down the 16 locks from Wootten Wawen but those are narrow locks and the sight of wide locks seemed a bit daunting.  Still they managed the first one but decided at the second to go back to Stratford.  However, we were joined by another hire boat with four people on board who knew what they were doing and we speeded through the next three locks. 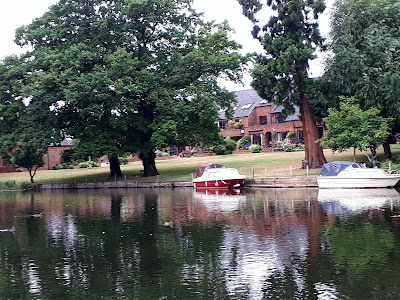 We moored up above Bidford Grange Lock but after lunch decided to move on as a) there was no internet and b) there was no view.  Just as we were pulling away another hire boat appeared and we shared the next two locks with them.  They were three men (in a boat) who had been having a boy’s week on the canals for 25 years and this year is to be their last one as one is waiting to have both knees replaced and one has a dicky ticker.  I felt a bit sorry for the third as he was having to do all the work.  They wanted to stop in Bidford as they like the pub there.  We were in front as we got to Bidford and there was only one mooring place – right outside the pub!  We just couldn’t take it from them ☹ 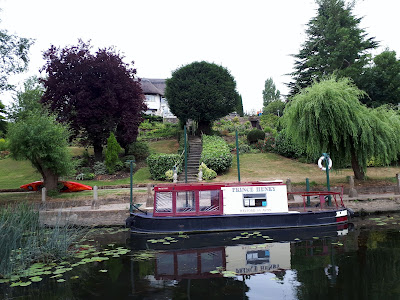 We pulled over at Offenham Lock (George Billington) for the night.  We have stopped here before and it’s really nice.  I have made a decision!  From now on I will call the locks by their normal names and not by the the sponsors names – ooooo a decision eh!!

I can’t remember which lock this was but it is in the middle of nowhere.  Our hire boater companions did some dead heading but I wonder who waters them. 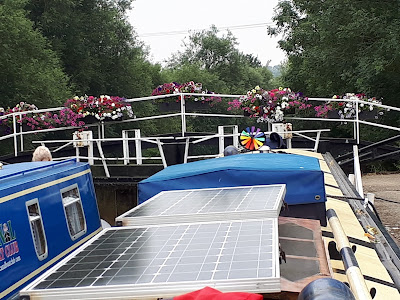