We woke up to heavy rain but it had been forecasted.  Jim and I walked up to Asda to stock up and then by 11am the rain had more or less stopped so we set off.

Our first lock was Wyre Lock which is a diamond shaped lock.  I was doing some research on the internet about diamond locks and came across a blog post from Fiona Slee on Epiphany when they passed this way in 2013.  Sadly, Fiona died earlier this year – I do miss her blogs.  This is what she wrote “Wyre lock is unusual as it is almost diamond shaped (rather like Shipton Weir and Aynho Weir Locks on the Oxford Canal). From an old photo caption, apparently it was once turf sided (like Monkey Marsh and Garston Locks on the Kennet and Avon Canal).  I believe that there were once six turf sided locks on the River Avon. It is an ancient navigation and it is thought that the diamond turf locks were built in an effort to reduce erosion of their earth sides by water from the top paddles when they were opened. A diamond lock (or round as at other original Avon Locks) might have made it easier for unpowered barges to enter (at an angle) as the weir stream below can be tricky.” 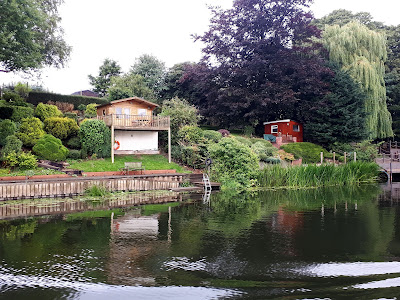 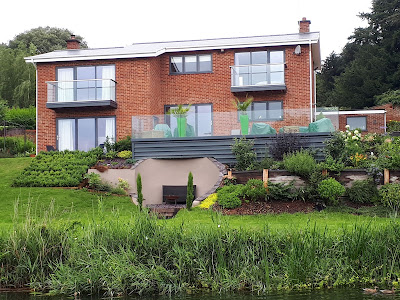 Just after the lock we encountered two swimmers.  One was all in black and the other had a yellow and green hat on which was just as well as we could barely see them in the black water. 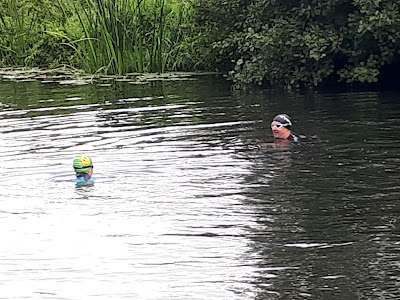 We moored up at Craycombe Turn moorings for lunch and then set off towards Chadbury Lock.  The water coming over the weir was strong. 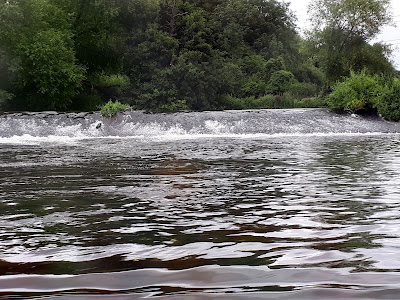 Through Evesham and Evesham Lock and on to Offenham Lock where we moored up for the night.  It was a lovely evening and we sat out on the bank drinking wine.  I had cooked dinner earlier so we didn’t have anything to do other than eat it!

So back to the bed saga!  Richard somehow managed to blow the mattress up more than last night and it felt better.  However, we gave it another blast at 1am when Richard got up to go to the loo.  We then slept soundly until 7.45am.  There are still modifications to be made and I’m still not convinced that we have the right air mattress.  Penny and Jim are with us for a week so hopefully we will have worked out what is best by the time they go home.