We got to the bottom of the Atherstone flight at 10am and left the top at 12.45pm.  The bottom lock was empty which we thought was a good sign but in fact it wasn’t as the rest of them were against us – there was a boat in front of us somewhere!  Richard did the first two and I did the next four and then Richard, with the help of volockies did the final five.  It worked well.  At lock 5 I saw, what I think, was a young pigeon in the side pond.  It appeared to be keeping itself afloat by spreading its wings out – sadly there was nothing we could do to help it as it was right at the back of the pond.  Lock 4 had a queue and it was really busy from there to the top.  Strangely, only the boat who was following us was a hire boat – I would have thought there would have been more. 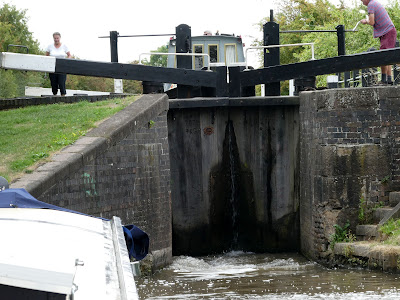 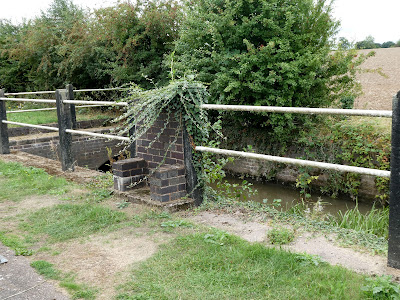 Between Locks 6 and 7 is Baddesley Basin which is now full of moored boats but was once a despatch point for coal traffic.  The mineral tramway down from Baddesley pit was know locally as the “Paddy Line” and was notable for employing a double-ended locomotive called William Francis. 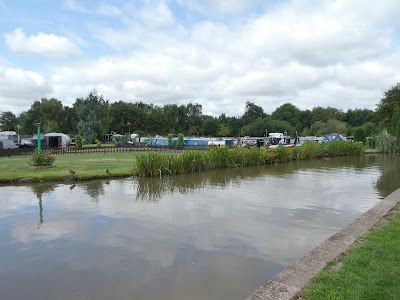 Lock 6 has a working side-pond but it is all chained up – I guess if anyone were to use it, the flight would probably drain or something! 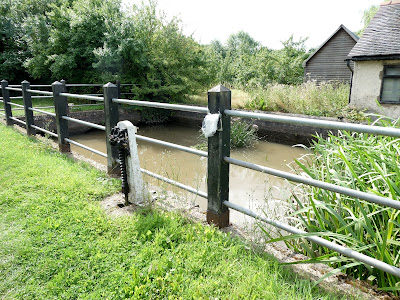 Lock 3 has an interesting circular weir 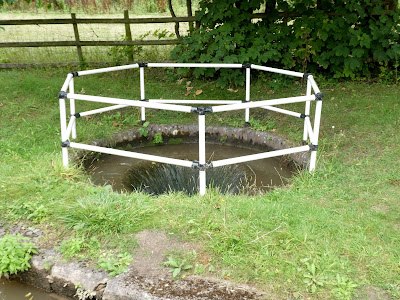 At Lock 2 there were two women along with two children and a baby having a picnic on the lock edge.  In my book that is totally wrong – teaching children that it is OK to be on the lock side.  Also, what would have happened if one of the children had tripped? 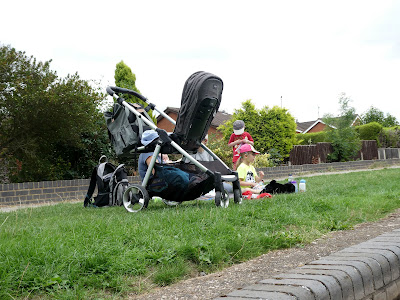 My Pearson’s guide says that there was a PoW camp beside the locks during WWII.  I couldn’t find out much about the Merevale Hall Camp but what I did find out was that there around 400,000 prisoners of war in the UK during 1939 to late 1948.  However, there were 11,108,000 prisoners of war spread among five countries.  I am absolutely flabbergasted at the numbers – was there anyone left in Germany?!!!  Some 25,000 German prisoners remained in the United Kingdom voluntarily after being released from prisoner of war status.

We pulled over for lunch and a rest at the top before setting off to find somewhere quiet to moor for the night and ended up in the middle of nowhere, but our nearest landmark is Wood Bridge.  We saw this fluffy little moorhen chick while we were stopped for lunch – I hope he survives at this late stage of the year. 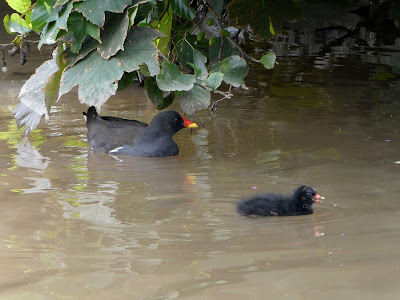 To the east of our mooring spot is believed to have been the place of Boadicea’s last battle in AD60.  This was against a Roman army led by Gaius Suetonius Paulinus. Although heavily outnumbered, the Romans decisively defeated the allied tribes, inflicting heavy losses on them. The battle marked the end of resistance to Roman rule in Britain in the southern half of the island, a period that lasted until 410 AD.  Boadicea poisoned herself rather than be taken prisoner.

Coal mining was carried out at Baddesley for centuries before two new main shafts were sunk in 1850.  The mine was owned by the Dugdale family of nearby Merevale Hall until nationalisation in 1948.  It closed in 1989.  In 1882 there was disaster when 32 men lost their lives.  A fire at the colliery led to nine workers being trapped underground by the fire, and a rescue party was dispatched to help them, but an explosion followed, resulting 23 of the rescuers being killed.  The next morning a decision was taken to seal off the mine, this was the best method of putting out the fire. The original 9 miners could not have survived the fire and blast, so they were sealed in along with 11 horses.  This brought the total death toll to 32. Of those 32, 23 were married men, many of them with young children.  A Relief Fund was quickly set up and donations were received from all over the country. The widows received 5 shillings a week for themselves and 2 shillings and sixpence for each child under the age of 13. Help was also given to the injured men and to the able-bodied men who had difficulty in finding new work after the pit was sealed off.  It was 6 months before any attempt was made to re-open the mine. Some of the bodies were not recovered until August 1884 over 2 years after the disaster. The body of young Joseph Scattergood was never recovered.  I “borrowed” the two photos above from a fascinating website called Baddersley Pit Explosion – I found it very interesting.

Posted by Linda Gifford-Hull at 10:31