A hire day boat and two hire boats went passed us just as we were leaving, we timed that badly ☹

It wasn’t far to the first lock where one of the boats was in the lock and the other was waiting.  We eventually got through and then it was a case of one in and one out at nearly all the locks.  The River Avon had been so quiet that the busyness of the canal has come as a bit of a shock!  Fortunately, it was a lovely day though I am struggling to come to terms with the fact that it is only August and not September, as the early mornings and evenings are not like August at all. 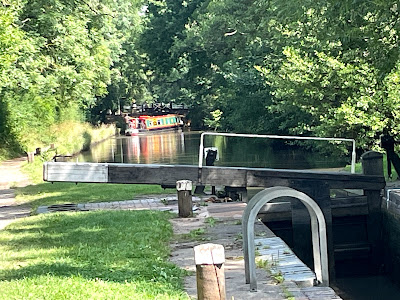 We had a disaster this morning, I knocked my favourite mug into one of the locks, and it was full of coffee ☹  I’m hoping I can replace it as it is one of a pair.

We got to the Fleur de Lys where Richard seemed to be under the impression we were stopping.  I said no that the plan was to go on to Lapworth.  The Fleur de Lys serves great homemade pies and Richard is definitely a pie man!  So here we are moored up at the Fleur de Lys.  You may remember on Sunday I said that we wouldn’t be eating out again – hmm!!

We found the hire day boat that we had seen earlier moored up at the Fleur de Lys with about 8 people onboard having lunch to celebrate someone’s birthday.  The only trouble was that they were tied up to the bollards on the lock landing and the stern was about three feet from the bank.  When they came to leave there were a few almighty crashes as they hit the lock wall.  We had done 8 locks to get to the Fleur de Lys which they had obviously done too – they still had the same 8 to do on the return journey – rather them than me!! 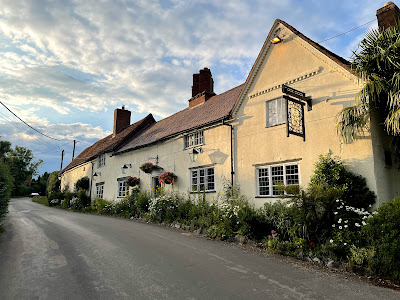 We had a lovely dinner at the Fleur de Lys though the Pie Man didn’t have a pie!!  The food and service has always been good when we have been there. 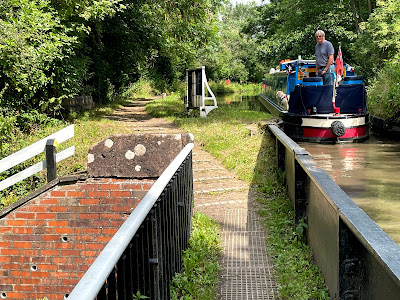 Here is a little bit of history about the South Stratford Canal, courtesy of Wikipedia.

By the 1950s, the southern section was un-navigable by canal boats, as several of the locks could not be operated, and some of the small pounds between the locks of the Wilmcote flight were dry. Problems with a bridge also began the process of restoring this section. Warwickshire County Council sought to obtain legal abandonment of the canal in 1958, as they wished to replace bridge 59 at Wilmcote without the expense of providing navigable headroom. A campaign against closure was mounted by the Inland Waterways Association and local activists. Two canoeists, who had used the canal recently, produced a dated toll ticket for their journey, which was offered as proof that the canal was not disused. Retention of the canal was announced on 22 May 1959, and by 16 October, the British Transport Commission and the National Trust reported that they had agreed on the terms of a lease, under which the National Trust would be responsible for the restoration and maintenance of the southern section. The transfer of responsibility took place on 29 September 1960, and work began in March 1961. Although the Transport Commission made a contribution towards the cost, the National Trust raised most of the £42,000 required to put it back into good order. The project was managed by David Hutchings, who pioneered the use of voluntary labour, which would be used on many subsequent restorations, and assistance was also given by prisoners from Winson Green prison, the Army and the RAF Airfield Construction Branch. The canal was fully navigable by mid-1964, and Queen Elizabeth the Queen Mother officially re-opened it on 11 July. Its restoration was a turning point for the waterways movement in Britain. 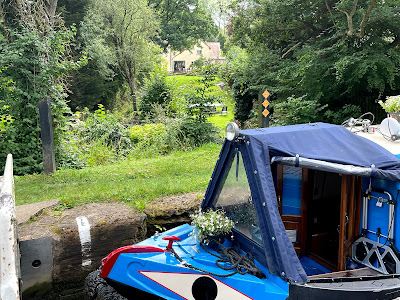 The National Trust charged a private toll fee for navigation. Ten years after the re-opening, the Queen Mother performed the same ceremony for the Upper Avon Navigation, which had been derelict for more than a century, and the canal became part of a through route to the River Severn once more. In 1986, the National Trust indicated that they would like to hand control of the canal back to the British Waterways Board and held discussions on 7 October 1986. The canal was transferred on 1 April 1988, authorised by an order of the Secretary of State, which provided £1.5 million, phased over five years, to enable the canal to be brought up to standard.

Posted by Linda Gifford-Hull at 08:02