The Building of Casa Noott

I asked Amanda, the owner of Casa Noott, for some history of the villa.  She sent my request on her father and this is his reply.

“We originally bought the small villa almost next door, Vista Grande, in the early eighties, but when visiting one year we saw the two big houses opposite being built, I liked the look of them, and asked the price – both were sold, but the developer, a larger than life American who had been involved with much of the development of Mojacar since he arrived there to escape the US draft at the time of the Vietnam war – offered me the plot. He offered me a package, plot and house to our design, so we went for it. You may see from the photos that much of the mountain at the back had to be scooped away to find a level area, as was general for many of the buildings all over the district.

As to the design, he brought his architect over one evening, and amazingly, in just a few minutes, my wife Pam had, literally on the back of a fag packet, sketched out more or less what you see now – the main addition from the architect was the semi-circular stair case, which we have always though a lovely touch.

The whole thing took quite a while to build, the main problem was services, electricity, water, and drainage – at that time the locals were very disorganized, it was before Spain had adopted EU formality where local councils were concerned, it all depended on whoever was the local mayor and his chums.

The area as you see it now, with the road nicely laid out and with the central greenery, was very rough, the apartments at the top had not been built – the photo we have on the wall was taken a few years before we arrived, not sure exactly when, but gives some idea that only a few decades ago it was just a rough mountain.

John also sent me some photos.  These are just a few. 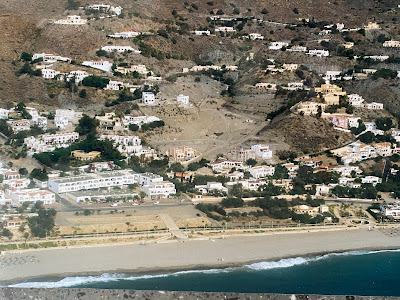 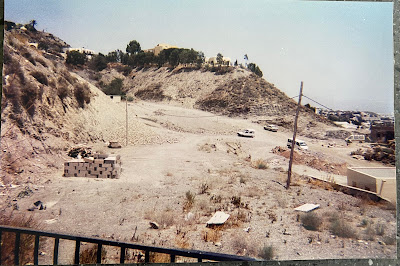 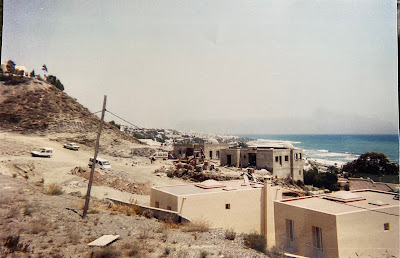 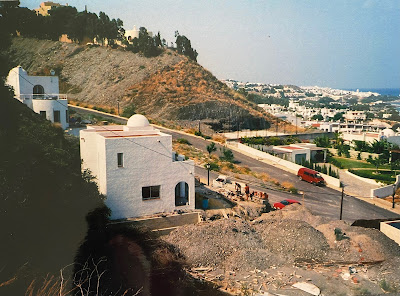 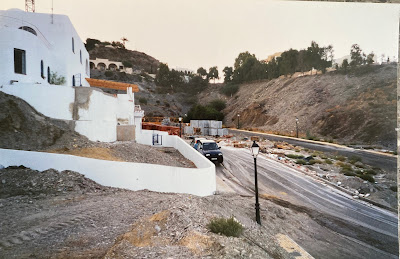 Posted by Linda Gifford-Hull at 17:34