Having woken up to so many lovely mornings it was a bit of a shock to wake up and hear the pitter patter of rain on the roof.  However by 10am it had more or less stopped so we headed off – of course it was just having us on as it started to rain after a few minutes and it didn’t stop until we reached Crick.  I kept supplying the skipper with coffee and soup and then cheese on toast once we arrived. 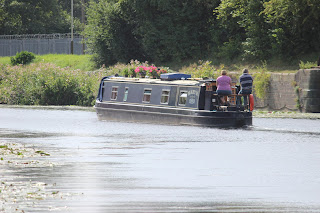 I made a cake as we were going along – it’s a long time since I made one but it turned out OK! 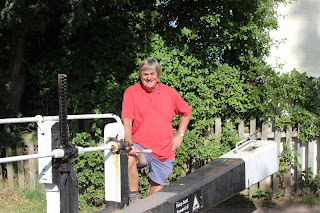 We took a wander into Crick with Ray and Diane and hit, what I thought was, a rather expensive Co-op.  They wouldn’t accept my yellow Co-op loyalty card and the receipt has Hearth of England Co-op on it – so maybe it’s different to the ones I am used to. 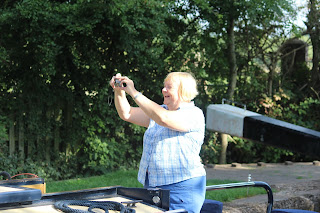 It was a lovely afternoon and Richard took Muffin for a long walk but down came the rain again.  Two rather bedraggled beings appeared at the door – one was enveloped in a warm towel while the other went and had a shower! 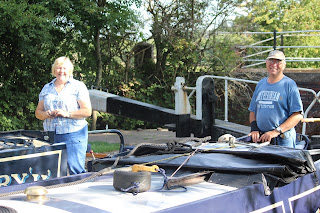 We were quietly minding our own business when there was a toot of a horn and NB Isobel came passed – I knew we would be seeing him again soon but didn’t realise it would be that soon! 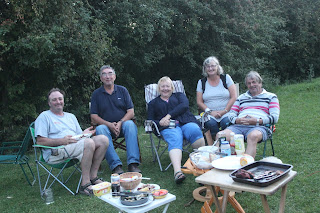 As it has been such a wet day today’s photos were all taken by Ray and Diane over the past few days.