Today was a very different day to yesterday – the sun shone most of the time though we are moored under trees.

We needed to get the boat straight ready for our guests tomorrow.  I didn’t really put my part of the boat to bed back in October as when we came up to do it I managed to write-off our Isuzu truck up in Cheshire (it’s a long story which I won’t bore you with) and had hired a car to get back to Barby and was far from well having made two trips to hospital.  Everything is now stowed in its rightful place and Mary H is looking much better - it had been depressing me as I do like a tidy boat.  I’ve even managed to clear out a cupboard for Maggie and Richard to use AND they have some space under the basin in the bathroom (Penny will be jealous!)

I did two loads of washing and managed to break the washing machine - we will be in Evesham for a few days soon so can hopefully get it mended there.  I made good use of the laundry here and used their tumble driers.  While the washing was drying Richard and I went and met Keith and Jo from NB Hadar who took a residential mooring here in October which was just as well as Keith was taken very seriously ill at the beginning of this year and was in hospital for 6 weeks.  I hate to think how they would have coped if they had been out on the cut when it happened.  We had tea on their online pontoon and even braved the April showers!

Richard installed two solar panels over the winter.  For those of you who are technical there are two 100w panels with a MPPT controller.  He made tilt and turn frameworks for them as you can see in the photo.  When I asked him to make further comment he said they are still under evaluation! 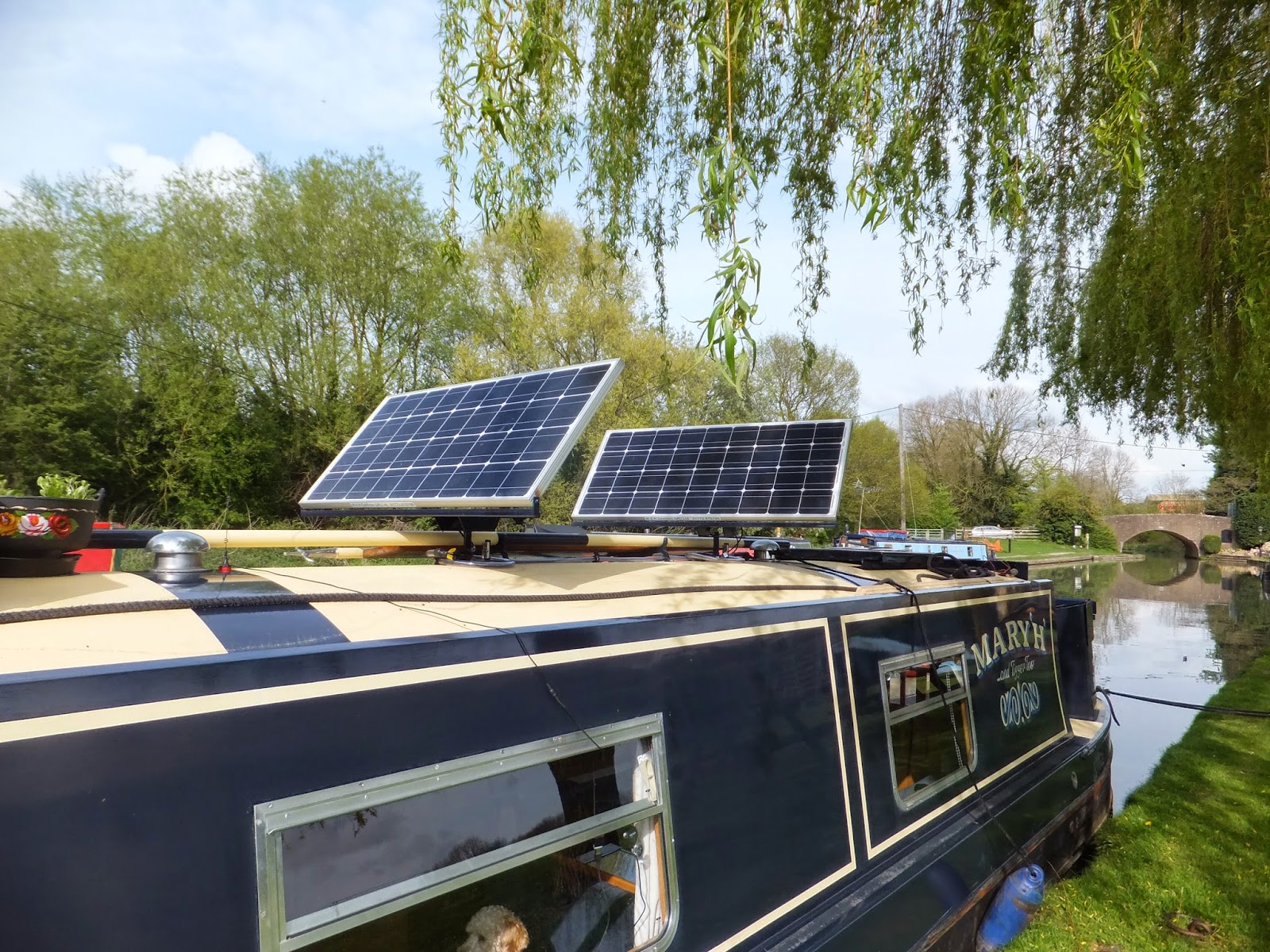 I have made a decision this year that I will rule the blog and not let it rule me – we will see!  As we have visitors for a week posts will be intermittent and probably short.

Posted by Linda Gifford-Hull at 09:13