We had a quiet night thank goodness – I was worried that they wind would keep knocking us around but we were quite sheltered at Offenham Lock.

Muffin loved being at the lock - we gave him total freedom as there was no one else around and, having been cooped up in the marina for a week, he was like a pig in clover!

It took us much less time to get down to Evesham than it had done going up and we were soon back at Evesham Lock.  Yesterday the lock keeper was rather unpleasant but maybe he was having a bad day as today he was nice!  I saw a pair of yellow wagtails and apparently there are a pair of kingfishers at the lock too.

Down through Chadbury Lock – Mike and Jenny used to look after this lock as Mike was a staunch supporter of the Avon Navigation Trust.  It looked a bit sad today but maybe that’s because I felt sad going through it. 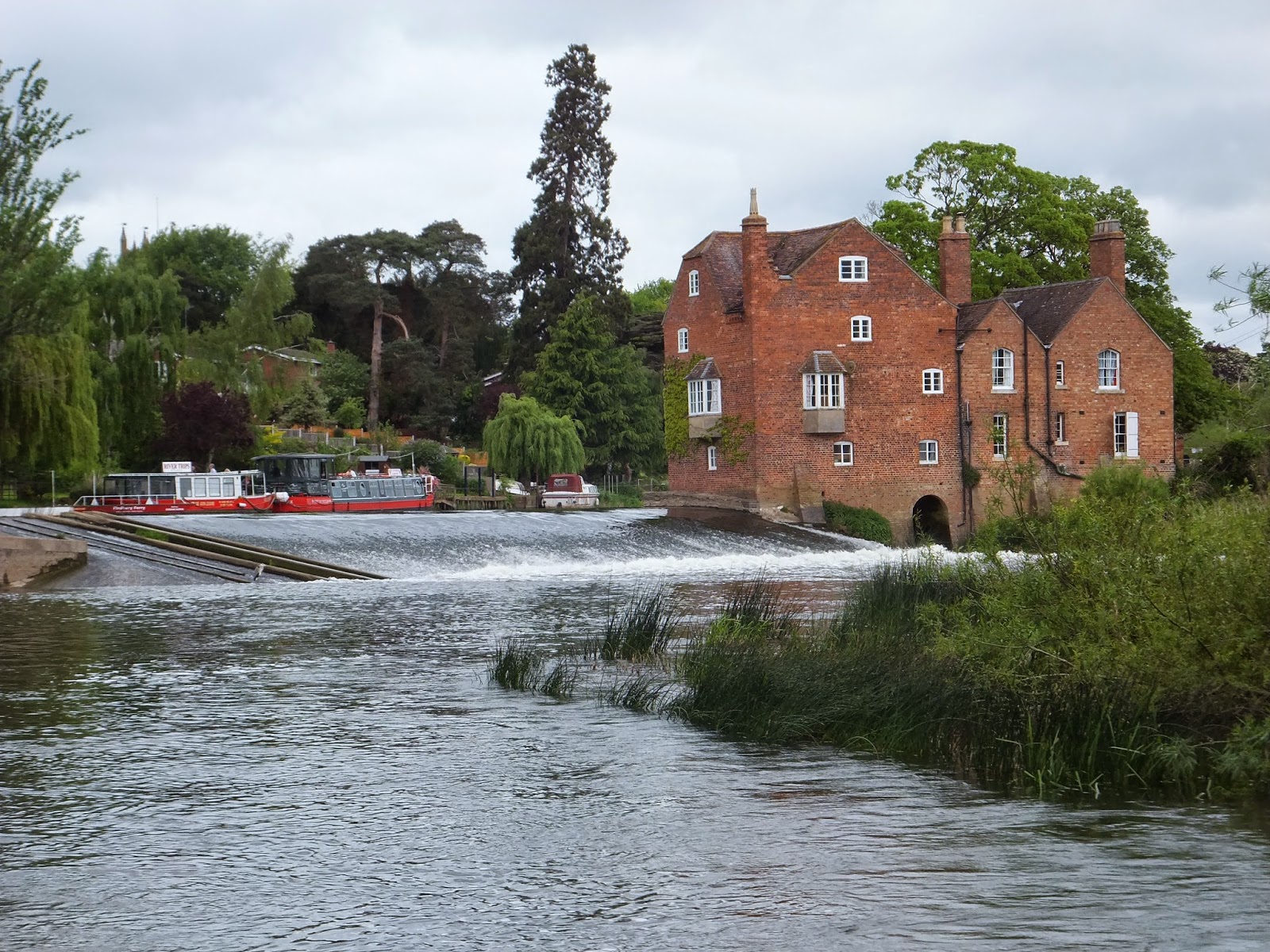 The next lock is Fladbury and the setting as you leave the lock and look back has to be in my top 5 favourite scenes on the canals – it might even be my number 1!  There are two mills.  Fladbury is on the left and Cropthorne on the right.  Fladbury was owned by the Crabtree Family and has been restored by its current owners, David and Anne Wynn. It houses a mini hydro power system based on a water turbine and water wheel, as well as a well equipped workshop.  Cropthorne is an impressive building of c1700, the last of a succession of mills built on this site. 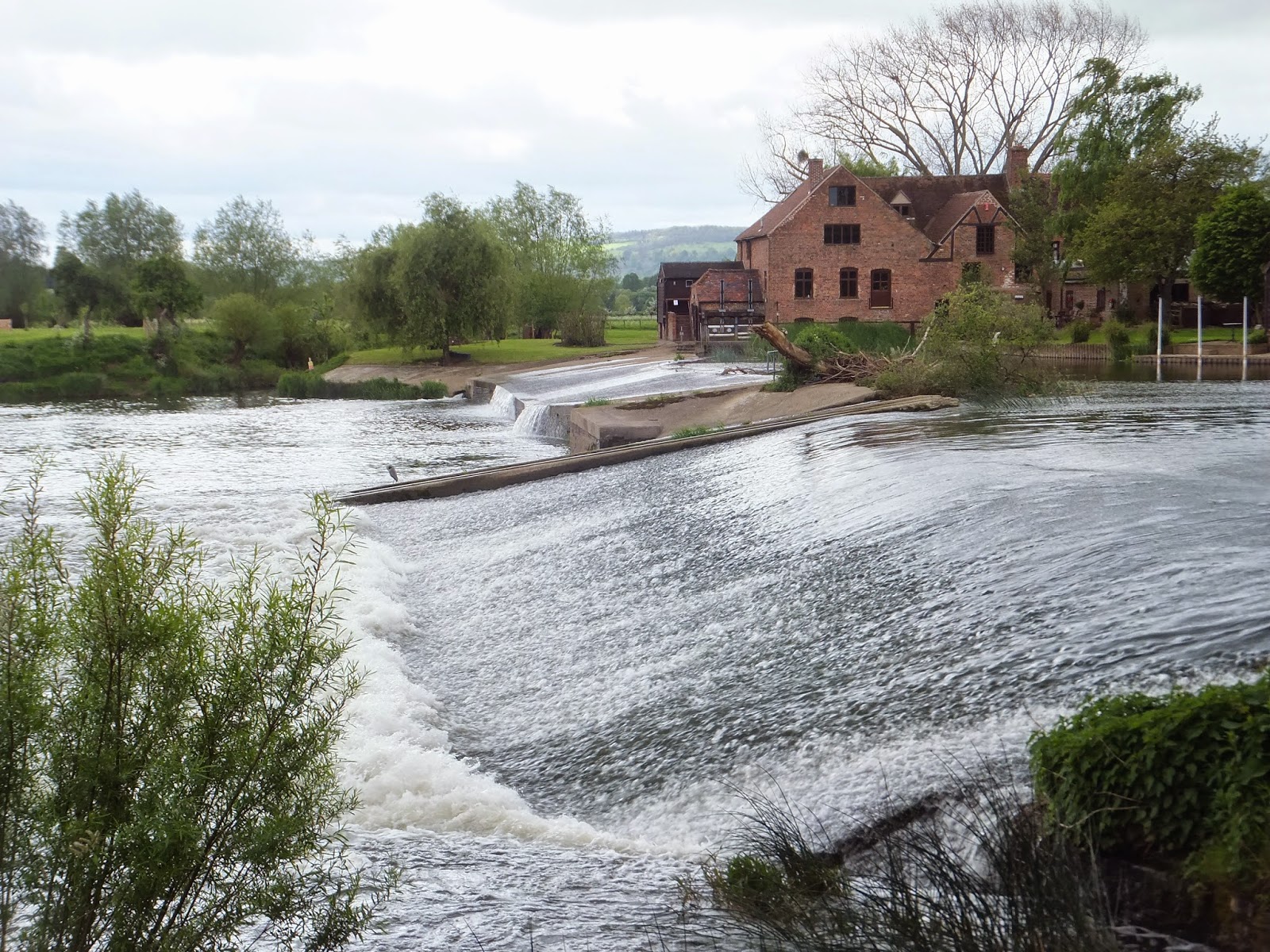 We had planned to stop at Pershore for the night but the weather forecast for tomorrow isn’t good so we ploughed on and stopped at Comberton Quay.  There is nothing there and just room for two short boats or one 60 foot and an even shorter one but no-one wanted to join us – in fact no other boat passed us once we had moored up!