We woke up to a bright and sunny sky, we had heard some rain overnight but there was no sign of it this morning.  Richard went and paid for our mooring and the electricity which was on a meter and cost us the grand total of £3!  We pulled out onto the river where it was quite windy and I was worried that my plants might blow off the roof.  It wasn’t far to Evesham lock where we had to come alongside a pontoon over the weir – I had visions of Mary H being sucked underneath and down the weir on her side!  Richard and Maggie had had really stiff and difficult locks to contend with (or so they said) – Evesham was easy peasy!  We then moored up on Workman Gardens while I went shopping and we waited for Simon, Alex and James. 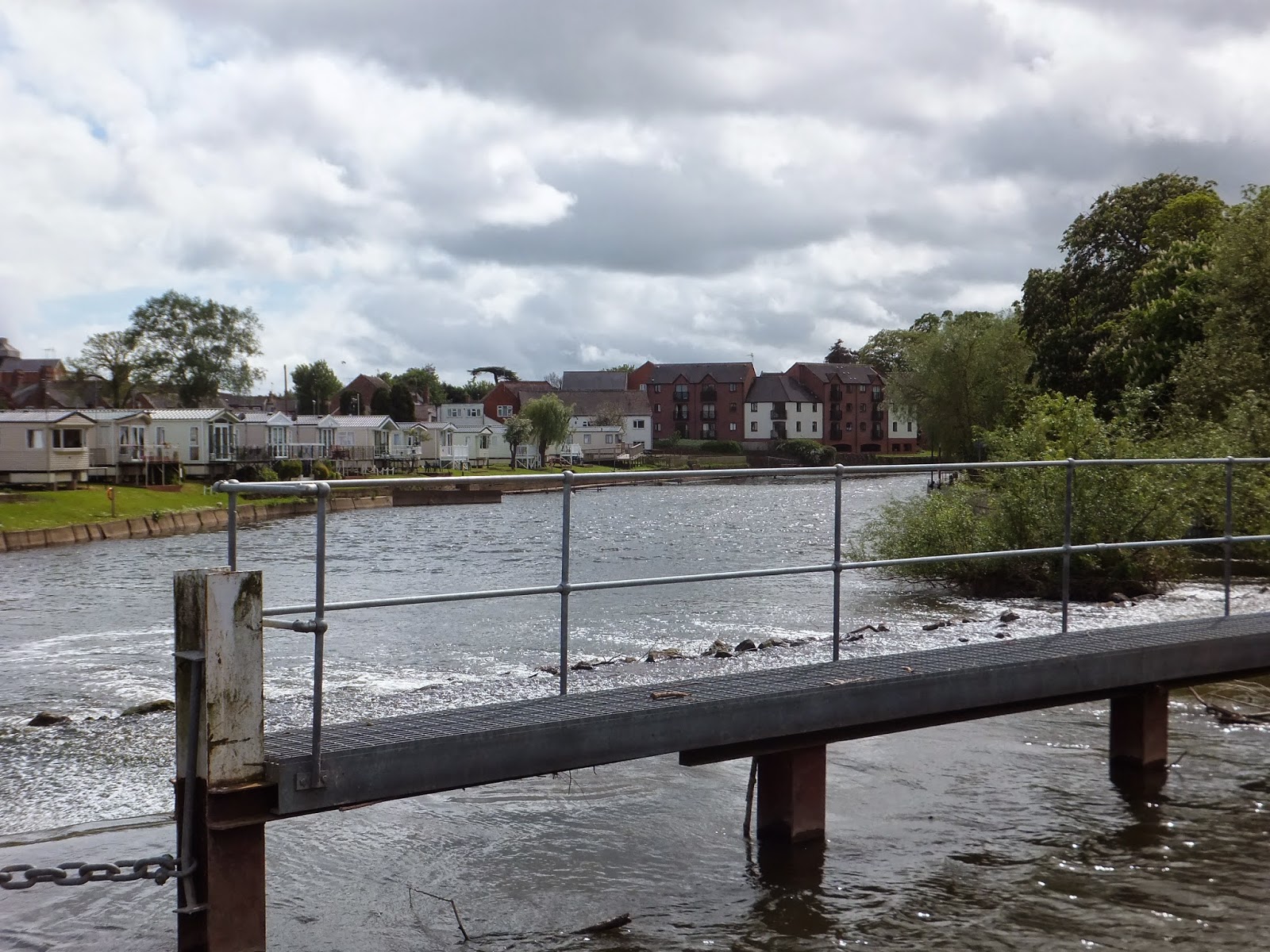 I do like Evesham.  You may remember back in August I went to a funeral where I managed to right off a hire car – or rather it wrote itself off as it ran down a hill without me!!  The funeral was for my friend Jenny’s husband and the sad news is that Jenny died of cancer in December.  I was fortunate enough to see her shortly before she died.  Mike and Jenny lived in Evesham right on the river by Workman Bridge, almost opposite to where we were moored.  Their boat Umtali always used to be at the bottom of their garden but now is in Evesham Marina on brokerage.  We have had a good time around the area but I have been very sad too.

In Workman Gardens there is what looks like a whalebone arch with a carved whale in the middle.  I remember that last time we came to Evesham on the boat in 2011 there had been a real whalebone arch there.  But in 2013 the bones were assessed as too frail to remain in situ any longer.  It seems that in 1819 the Andrew Marvel sailed from Hull on an extended whaling expedition to the arctic. 10 whales were caught and the jaws of a Bowhead whale caught in 1820 were sent by a Mr. Stanton to his friend Dr. Copper of Evesham as a gift.  They were put up in his garden which is now the Evesham Hotel but in 1906 his daughters donated them to the council and they were erected in Workman Gardens.  The bones now have a new home back where they started at the Evesham Hotel.  The council wanted to ensure there was still a historic link to the bones so as way of a replacement the solution came in two pieces of art work – a metal arch and a carving from oak of a bowhead whale.
We collected our crew and headed back to Evesham Lock.  We had to wait while a hire boat went up but then I let a 15 year old boy and his 13 year old brother loose on the lock.  The paddles have never been wound so fast and the gates just swung open – I could do with them more often!  The trip up to Offenham lock was windy but dry.  My cousin lives locally but had never seen the river from the water so was very interested.  We went through the lock where Richard winded (very appropriate word as he was being blown everywhere) and then moored up in the lock cut.  Simon’s wife, Deb, joined us for a cup of tea and then took us in shifts back to their house for dinner.  It was a really lovely evening - it’s so nice to catch up with family.