So, Caen Hill flight today!  We were up and about quite early and it wasn’t raining :-)  Richard took Muffin out for a quick wee and saw the people behind us getting ready to go so they agreed to go together.  He came back to the boat and said we are leaving in 15 minutes!  Panic stations as Victoria and I were nowhere near ready but somehow we managed it.  Our lock buddies for the flight were Alan and Lynne from Content.  Strangely enough we had been moored up next door but one to them in Bristol!

We set off with three crew on the ground and got a routine going for the first seven locks (of course they were all against us!)  At the bottom of the flight itself we were joined by Lynne’s friend, Jackie, so we were well away and were flying up until we met other boats coming down, two were hire boats, one appeared not to be a hire boat but the crew didn’t seem to have the slightest idea of what they were doing and then finally we met a “normal” boat!  I have to say that they lock gear were mostly nice and easy to wind and most gates easy to push.  As we got to the café we could smell food and began to get hungry – it was gone lunchtime after all!  However we carried on and then it started to rain – just before the Black Horse at Lock 47, how fortuitous!!  Last time we did the flight the pub had burnt down but now it is up and running again and has really good moorings outside.  We pulled over, moored up and went in.  The pub is dog friendly and the seven (Muffin of course made up the party) sat a nice table for six and ate chips!  Well there were other things with the chips but we all agreed that chips were the order of the day! 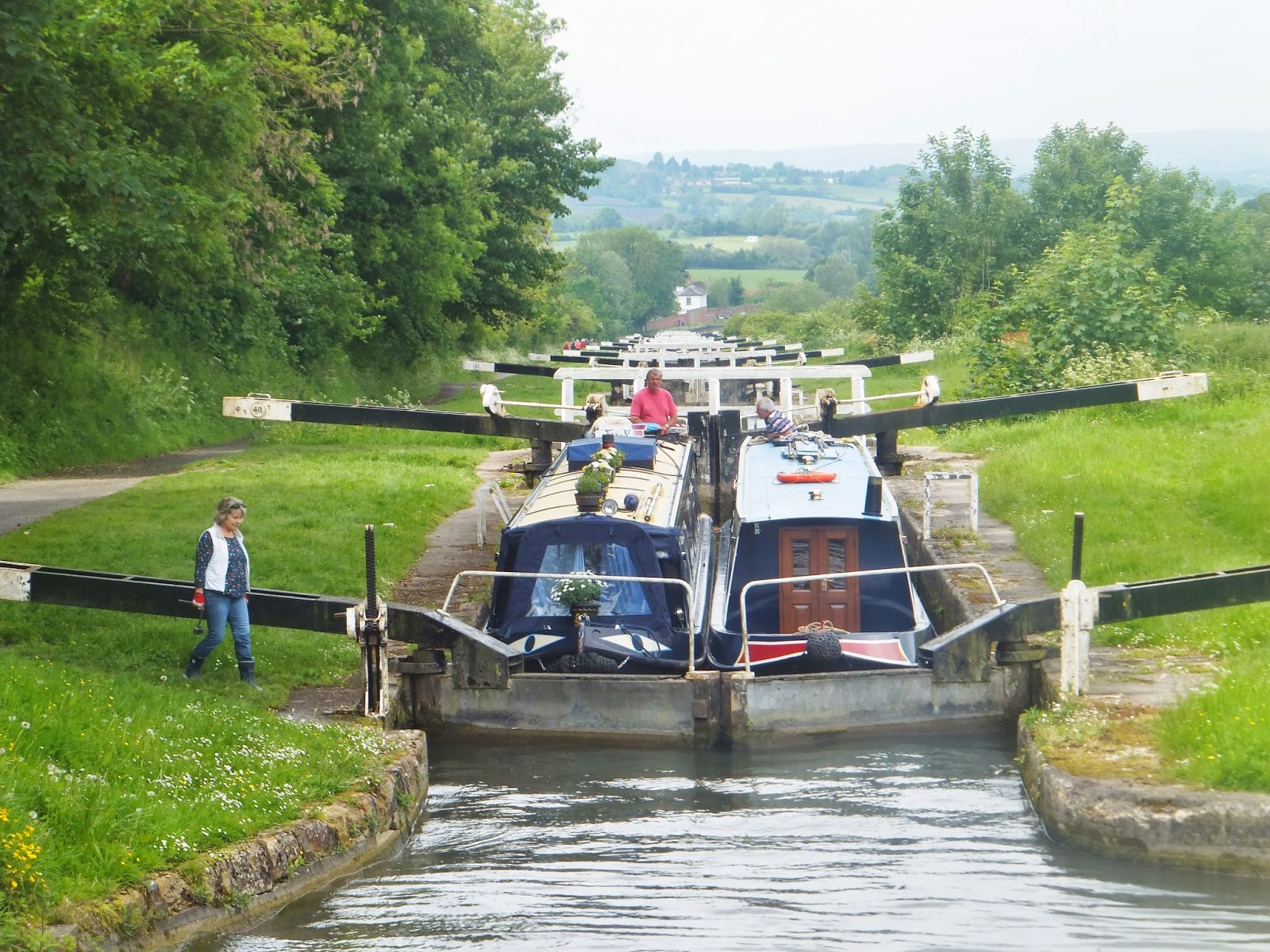 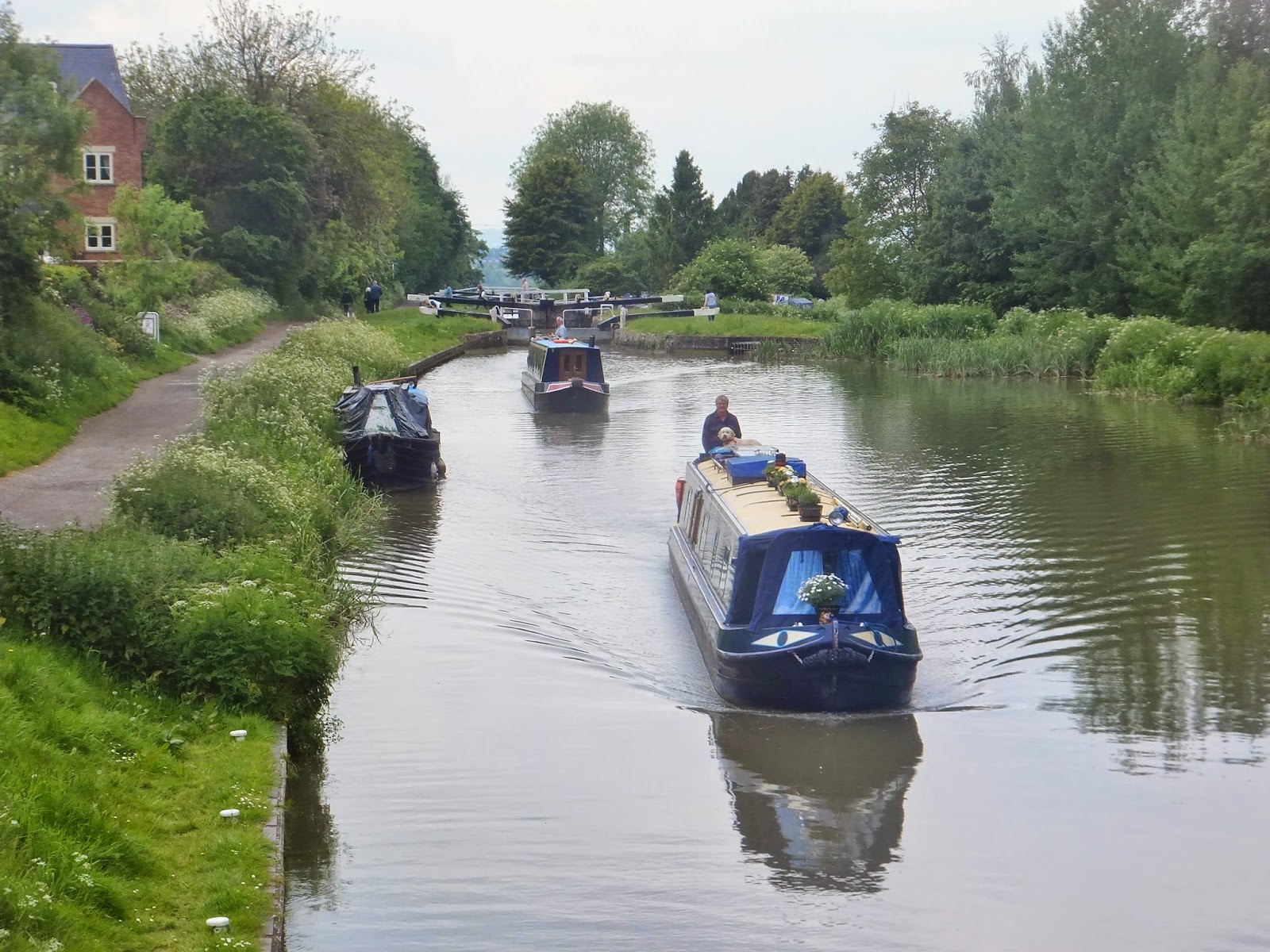 After lunch we left Content as Alan and Lynne were going to walk back down the flight with Jackie as her car was at the bottom.  The three of us continued up the last three locks with Victoria steering into the last one :-)

Muffin had been really fed up with the flight as dogs have to remain on a lead so he was confined to the boat which he DID NOT like! 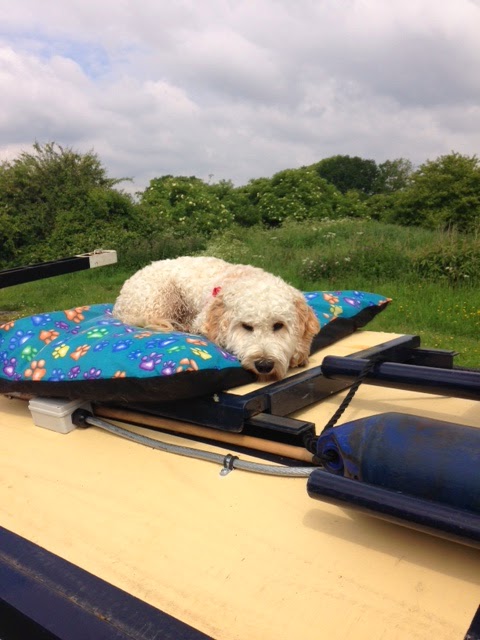 We moored up opposite the wharf and right underneath where Victoria had left the car.  I made use of having the car and Victoria and I went to Sainsburys to stock up before we said a sad farewell to her and she left us to go home – she will be back she has promised us   After Victoria’s departure I collapsed into a heap, not even putting the shopping away.  As we had had a proper lunch Richard made beans on toast for dinner and then we had an early night.

I’m afraid I didn’t take many photos today – I’m really cross about it but I was busy!