We had a nice leisurely morning and then wandered up into the town.  There was a market on which was pretty much the same as any old market.  However there was a good fruit and veg stall so I stocked up on fruit.  We then bought some freshly filled baguettes and went to find the Abbey grounds.  We have been to Abingdon quite a few times now but it took our hire boat neighbours to tell us about it this morning!  The gardens were lovely and well tended and the site of the old Abbey is now a big green which has some wonderful trees surrounding it. The Abbey was a Benedictine monastery - also known as St Mary's Abbey.  It was supposedly founded in 675 either by Cissa, viceroy of Centwine, king of the West Saxons, or by his nephew Hean, in honour of the Virgin Mary, for twelve Benedictine monks.  Endowed by successive West Saxon kings, it grew in importance and wealth until its destruction by the Danes in the reign of King Alfred, and the sequestration of its estates by Alfred because the monks had not made him a sufficient requital for vanquishing their enemies. The last Abbot of Abingdon was Thomas Pentecost alias Rowland, who was among the first to acknowledge the Royal Supremacy. With the rest of his community he signed the surrender of his monastery in 1538, receiving the manor of Cumnor for life or until he had preferment to the extent of £223 per annum. The revenues of the Abbey were valued at £1876, 10s, 9d.  (This was taken from Wikipedia so I hope you can understand some of the words!) 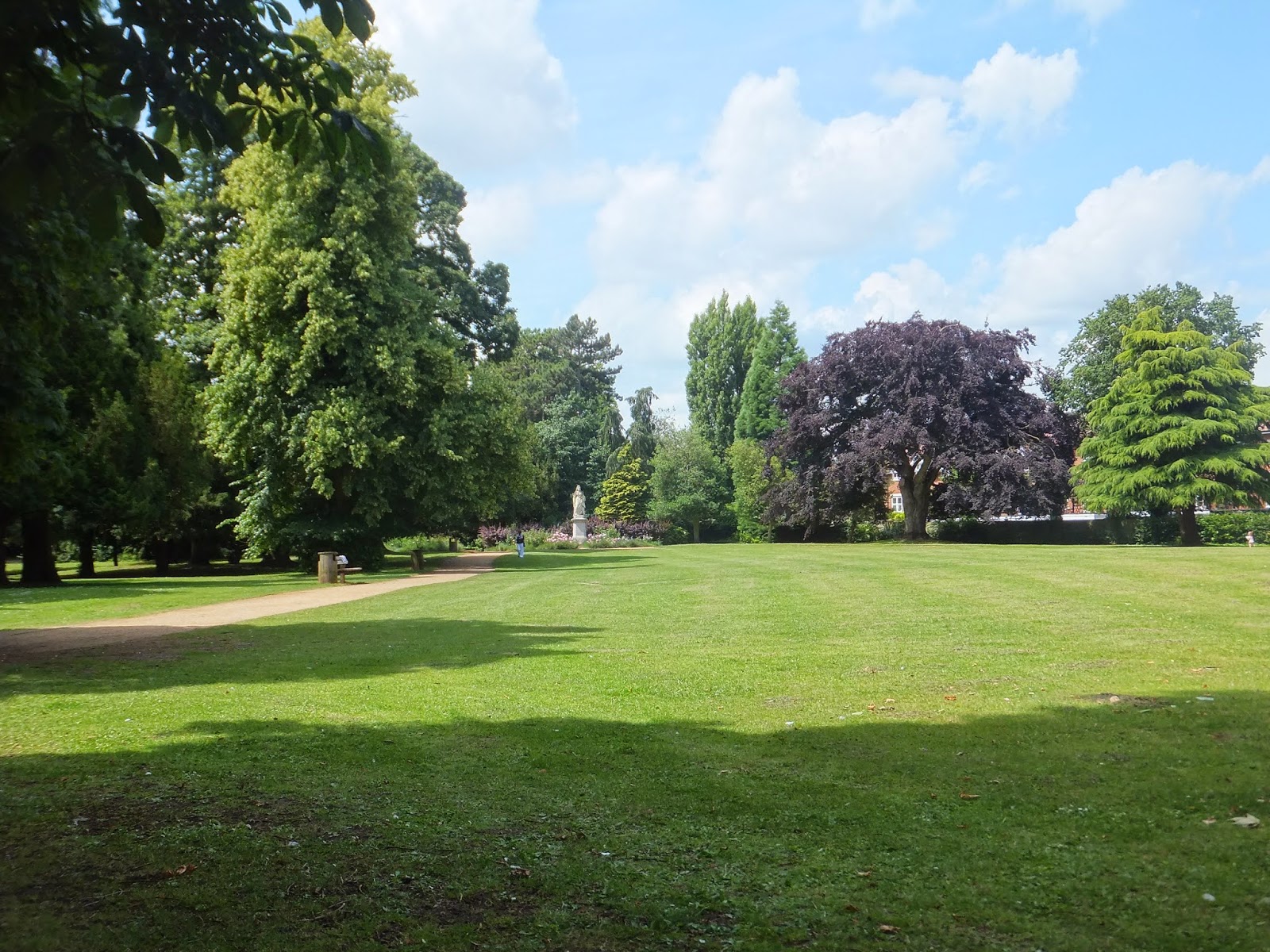 After our lunch we wandered back through the formal garden to Waitrose and then back to the market where I bought a few new plants for the roof.  I made a big mistake this year by buying trailing lobelia for the cauldrons as I had seen it done on another boat – these ones were just a wonderful flowing blue mass but mine had decided to grow upwards and were so straggly.  They were duly consigned to a wooded area on the meadow and I planted up some geraniums and gazinias – it’s probably too late now but maybe we will have flowers late into the autumn. 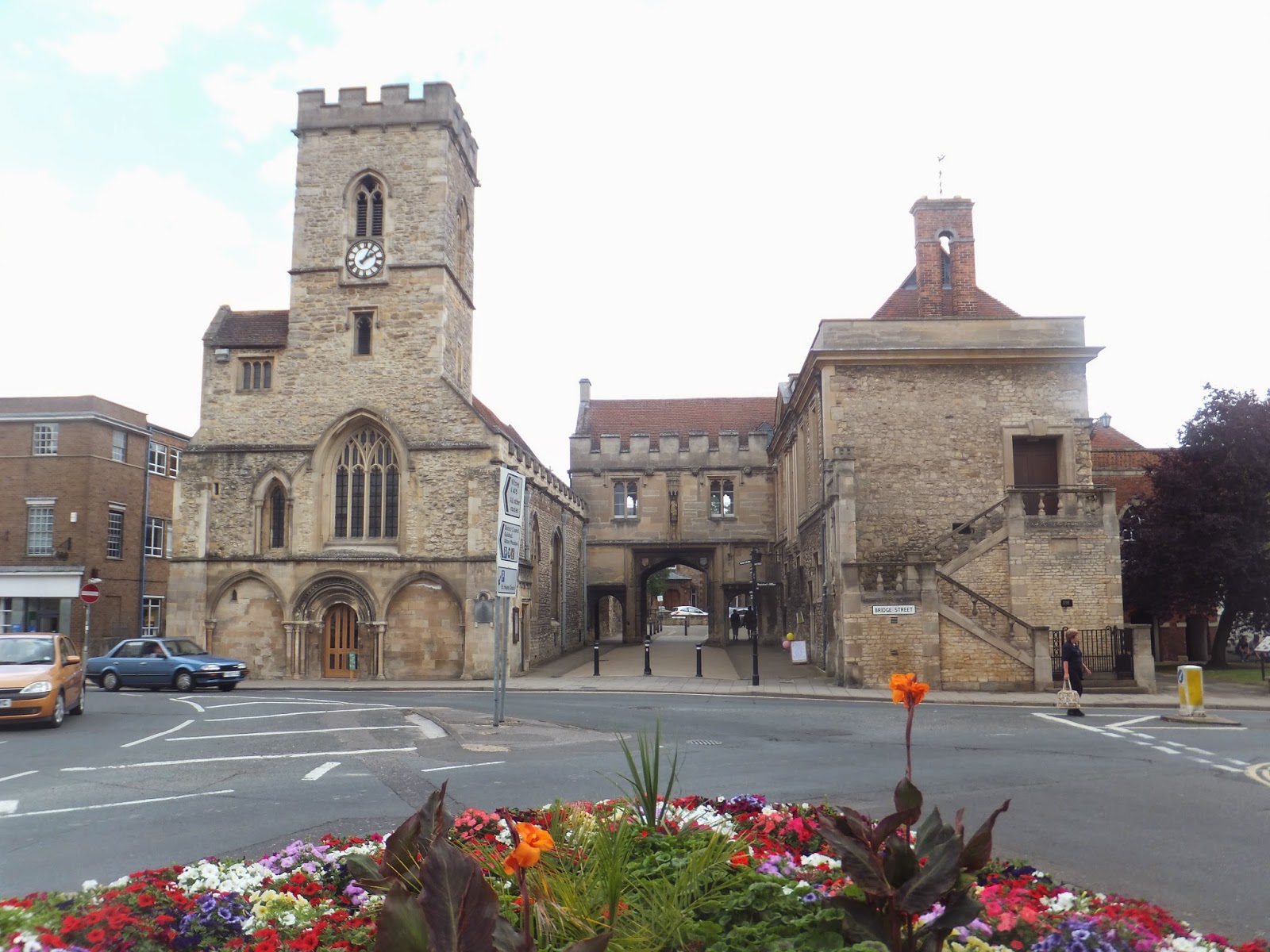 In the 13th and 14th centuries, Abingdon was a flourishing agricultural centre with an extensive trade in wool and a famous weaving and clothing manufacturing industry. The abbot seems to have held a market from very early times and charters for the holding of markets and fairs were granted by various sovereigns, from Edward I to George II. In 1337 there was a famous riot in protest at the Abbot's control of this market in which several of the monks were killed. 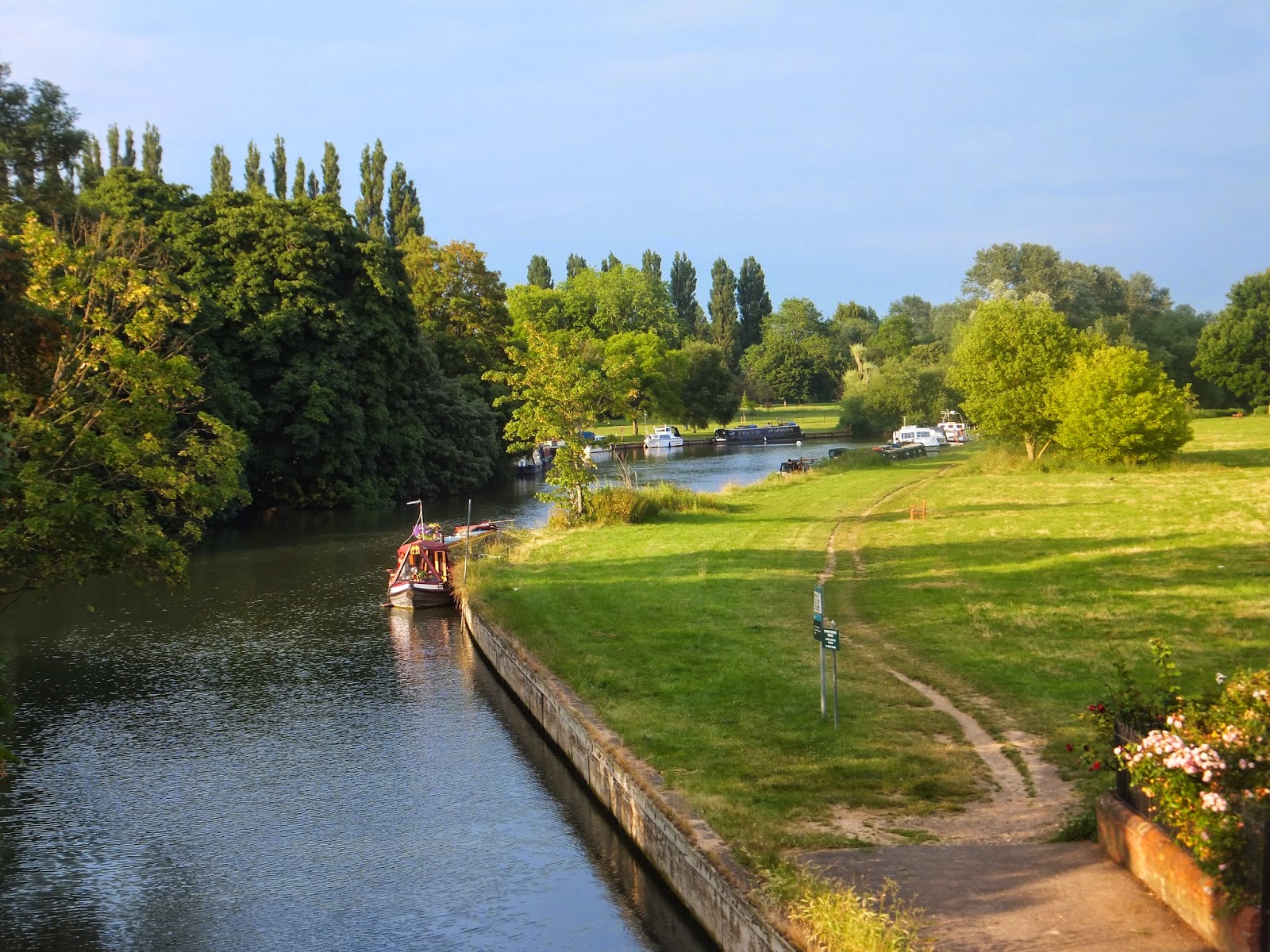 Later in the afternoon we went to say hello to Hakuna Matata who we had met in the Anderton Boat lift last June.  We were invited on board and had a very nice couple of hours chatting like old friends!!  Having had a couple of glasses of wine I didn’t feel like cooking so we went to the Nag’s Head which is on an island under Abingdon Bridge and sat outside and had rump steak cooked on hot stones.  We had never had this before and not too sure about it as we started out with rare steak and ended up with it well done!  It was 20% off night on steaks too!  We only had the one course and went back to Mary H for strawberries and cream :-)
Posted by Linda Gifford-Hull at 12:11