A nice bright morning which was welcome.

We wanted to get to Abingdon today and at a decent time to get a mooring on the meadow if possible.  Up through Days lock, Clifton lock and then Culham lock.  Both Clifton and Culham have cuts, which aren’t the most attractive, but have been there since 1822 and 1809 respectively.  Clifton’s weir stream is navigable down to The Plough Inn – Herbie went down there in 2008 and said “we set off up the weir stream towards the mooring at the foot of the Plough's long garden. The current was quite strong, and the mooring not designed for boats longer than 35 feet, but we tied up without too much difficulty”.  I think we might give is a miss!
We picked up water at Abingdon Boat Centre which cost us £2 – well worth it – and then went under Abingdon Bridge and held our breath hoping that we could get onto the meadow – there was just one Mary H sized space left :-)  It is a great Muffin place and he spent the afternoon people (well maybe dog) watching and even got to play with a few.  Richard rubbed down the taff rail and gave it a coat of varnish while I did some cleaning of the places that don’t usually get cleaned! 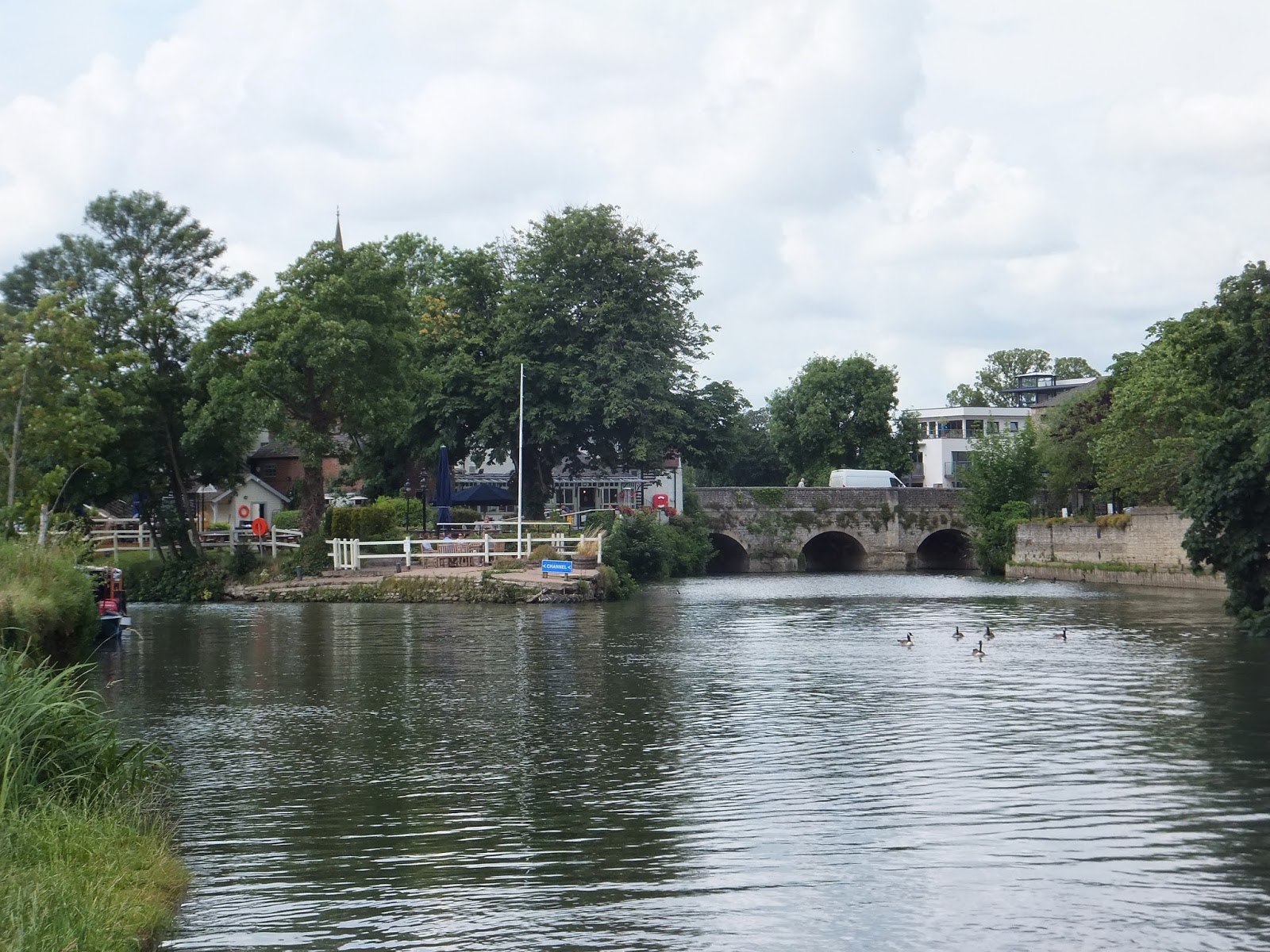 We are in fact on an island – Andersey Island.  Just before Abingdon Marina a cutting goes off called Swift Ditch which was formerly the primary navigation channel.  As early as 955 to 963 AD, the monks of Abingdon Priory built a canal to the Abbey from the direction of Swift Ditch. There is also evidence that the current course of the river to the confluence had been built by 1060. However the Swift Ditch remained the faster route (hence the name), and a pound lock was built at its head by the Oxford-Burcot Commission in 1624. In 1788 several citizens of Abingdon wanted to divert navigation back to the current course and as a result Abingdon Lock was built near the town. Within ten years, the Wilts & Berks Canal connected to the current navigation channel at Abingdon.  The Swift Ditch is crossed by three bridges. The original Culham Bridge was built about the same time as the Abingdon Bridges across the site of a ford. It has been replaced by a more modern bridge carrying the A415 road beside it. A wooden footbridge further downstream carries the
Thames Path.