I went to sleep last night convinced that someone was outside and touching the boat as I was sure it was rocking but I think it was just the large expanse of water bashing us about.  Anyway it must have rocked me to sleep!

We set off for Shepperton Lock – all of 100 yards and queued up to go in.  Eventually there was 2 narrowboats and 4 motor cruisers in there.  As we came out of the lock we pulled up outside the Thames Court pub and waited for our Tesco delivery.  It’s a great place for a delivery as long as the driver doesn’t mind stopping on a double yellow line.  I had requested bags so Richard and the driver brought the large Tesco boxes to the side hatch and I took the food in – is that why we have side hatches??  After putting away the shopping – there wasn’t any Stella and I had ordered the mini cans of Coke instead of the 330ml ones – it was a quick dash round with the hoover. 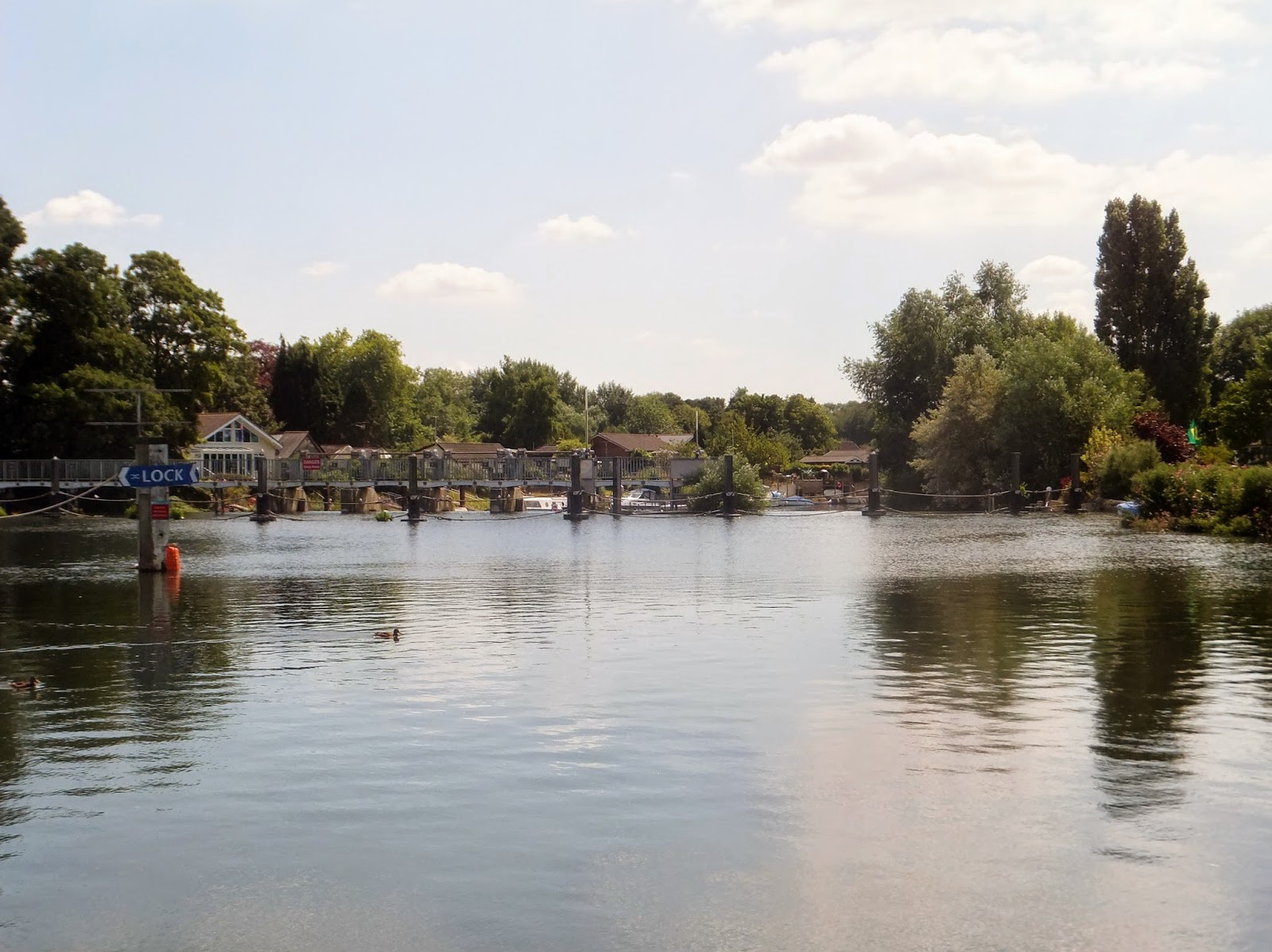 We had another visitor today.  Sylvia and I worked together in the office at the local secondary school, Thamesmead, for six years and I’m not sure when we last saw each other.  It was great seeing her again and catching up and reminiscing. I don’t think she has changed one bit since I first met her in 1990!  Sadly I forgot to take a photo :-(

I spent the afternoon trying to connect the laptop to the mifi.  I have no idea why it won’t – the iPad and my phone will but not the laptop.  I have ended up by putting the dongle into the laptop – I guess it’s just not a good area or something.
In the evening we became the visitors – which was nice.  I’ve known Chris and Andy for 30 years as our daughters are the same age.  About 28 years ago they bought a house just down the road from us and we spent many fun times with them.  Andy came and picked us up and took us to their house where we sat in the garden til gone 10pm.  We had a lovely meal and a great evening.

It was then back to Mary H where we hoped we get some sleep as not only was it hot but the pub garden was still very busy.
One of the things I didn’t mention about the River Wey is that there are a number of vertical horse tow rope rollers along the river these were needed to navigate the sharp 90 degree bends which are pretty frequent higher up the river.