The bruises from my fall are starting to come out now.  The one behind my knee came out the next day but now I have one at the top of my leg and my ankle is black and blue - thank goodness, it doesn’t hurt.

Another muggy day but not as hot as yesterday fortunately.  We set off for Shepperton and found the river quite busy today.  We topped up with water at Cartbridge Wharf as the water point at Pyrford Lock is far from accessible unless you have a motor cruiser.

At Newark Lock we could see Newark Priory.   It was founded at the end of the twelfth century by Ruald de Clane and his wife Beatrice of Send and dedicated to the Virgin Mary and Thomas a Beckett. It was a "novo loco" - a new place for monks from nearby, the name changing over the years to Newstead and then finally Newark.  The Priory still exists as ruins today and is listed as a Grade I Ancient Monument. Sadly it is located on private land so it can’t be reached any closer than the Wey path.
As we passed TLC at Byfleet we waved goodbye to Julia and Colin – we had passed Stuart earlier on their trip boat.

We saw the MSC Frodsham a replica of a Bridgewater Canal.  The original tugs, dating from the 1870s, were steam powered, and they were converted to diesel in the 1920s when they were owned by the Manchester Ship Canal Co.
We pulled over just after New Haw lock for lunch and saw a rather small tatty narrowboat coming towards us – it was called Melinda (my real name) I shouted that I am Melinda and the chap retorted by shouting back “do you want to swap – my name is Mary”!

Before we knew it we were back at Thames Lock and saying goodbye to the River Wey.  We seemed to have been on there for ages but we have in fact only been moving for 8 days – of course we spent 4 days at Byfleet Boat Club.  (By the way Ewn ha Cul is all better and has a nice new shiny prop.  Dot and Gordon are now in London).  We really do love the Wey – well the upper part of it, I guess it gets nicer after Pyrford Marina.  We will be back :-) 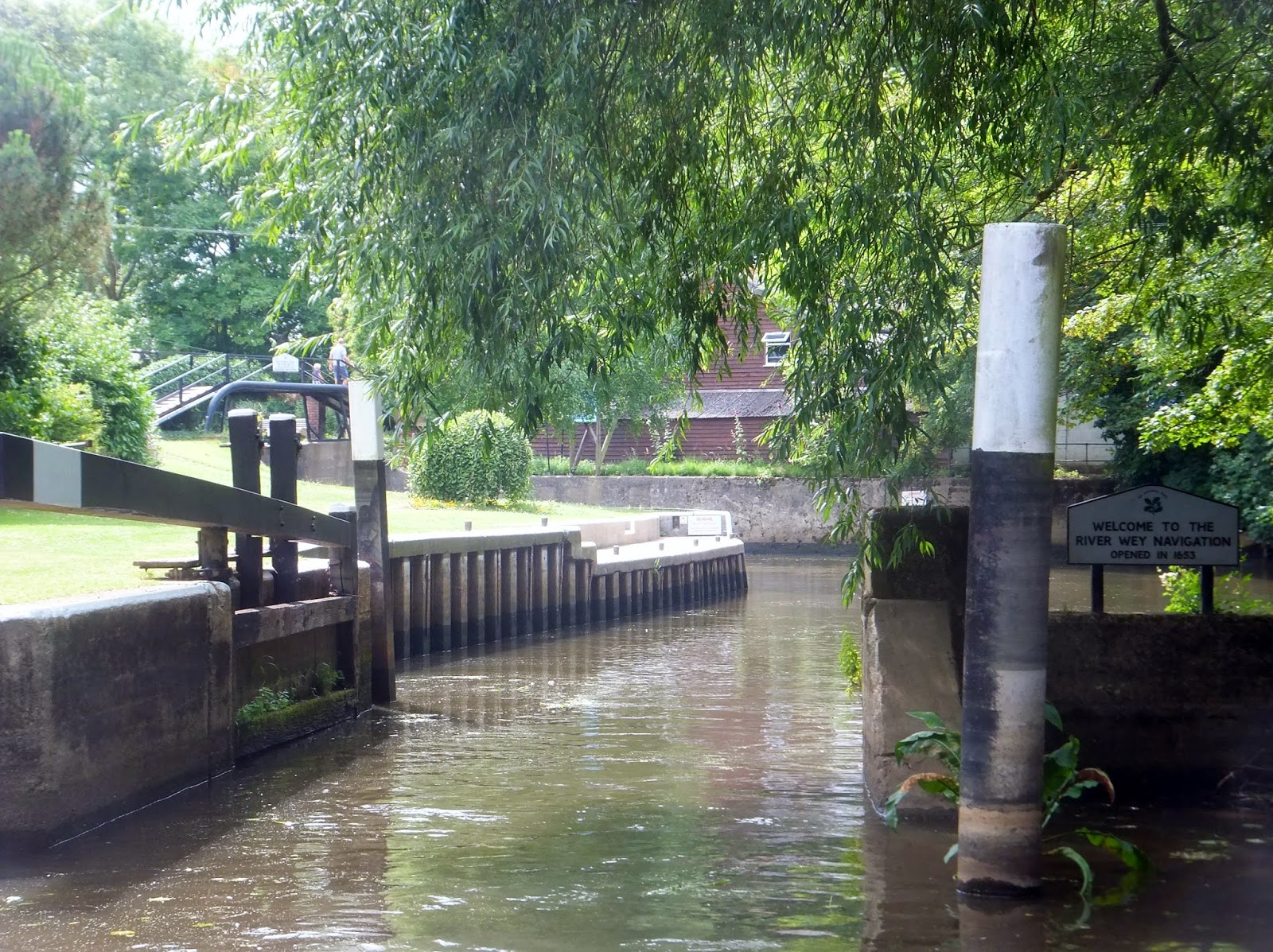