A lovely day so we were up and about early – well early for us anyway!  Muffin and I walked to Widmead Lock and set it.  I have been having problems with my back for a few weeks and realised that working locks is not conducive to having a bad back so Richard will have to do them for the time being.

Down through Monkey Marsh Lock, passed the mooring spaces at Thatcham and then Richard discovered that the domestic alternator wasn’t working   We pulled over and up came the floor and he disappeared down into the engine ‘ole.  He sat puzzled for quite a while and then decided that there was nothing he could do so phoned RCR.  Of course domestic batteries aren’t covered by our policy but it had to be done.  A nice young man was out to us in a couple of hours and confirmed that the alternator was indeed dead – burnt out.  They can order us a new one but it will take a day or two. 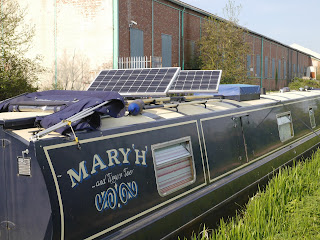 Fortunately where we pulled over is not under any trees so the solar panels have been doing their work and keeping the fridge and freezer working, which is just as well as they are both fully stocked up.

Richard put in new leisure batteries this winter and very likely the alternator hadn’t been working since.  I did comment yesterday that the voltage was quite low considering the batteries are new.

It was a very hot afternoon and the towpath was so busy that I sat inside – not the best place but it was too hot on the deck. 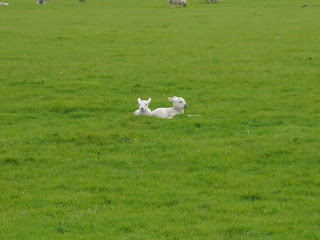 We have a field full of sheep and their lambs next to us – they are forever baaing, I hope it doesn’t go on all night! 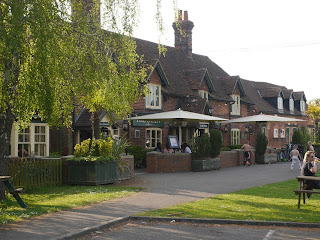 We took ourselves off to the pub, The Swan, for dinner.  It was an OK meal sitting outside as inside was very dreary.  The only trouble was that the garden was full of screaming children – however most of them had gone by the time we left.