It rained during the night and continued until lunchtime though not heavy rain at all.  We decided to go to Toul which we saw had some ramparts and a laundrette!  There is only one washing machine on the site and both Penny and I had 2 loads each.  We stopped in the town to get some lunch and found a bar that did food.  We walked in and all the locals stared at us as if we had two heads!  I chose a Salad de Vosgene as I had had one as a starter on Thursday - it wasn't the same by any means, one had boiled eggs and the other under cooked poached eggs, also it had lots of soggy onions.  We have had various Quiches Lorraines while we have been in Lorraine but each one is pretty much the same but these specialities of the region were very different. 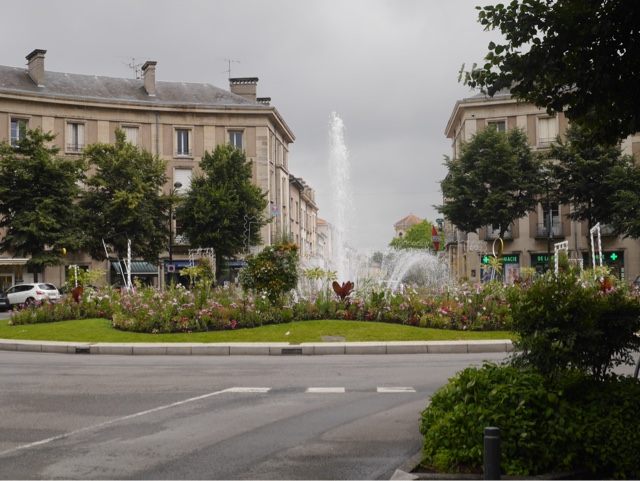 Good old Google maps found the laundrette and we put the washing in and went to visit the cathedral.
The cathedral was built over the 13th, 14th and 15th centuries.  The French Revolution caused damage to the building as did a bombing during WWII which destroyed the roof and the organ. A major restoration campaign began in the 1980s. 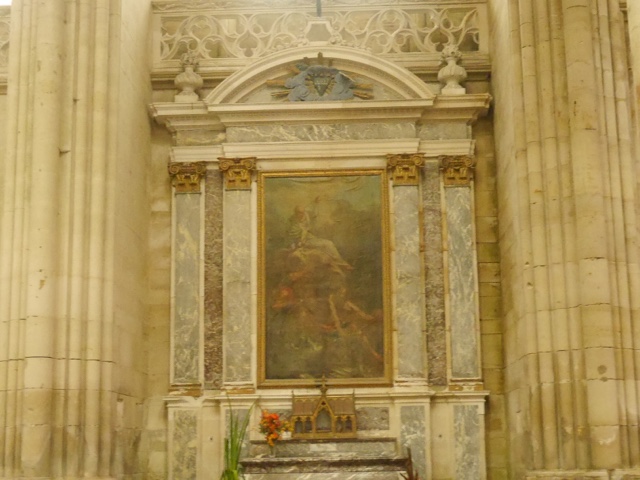 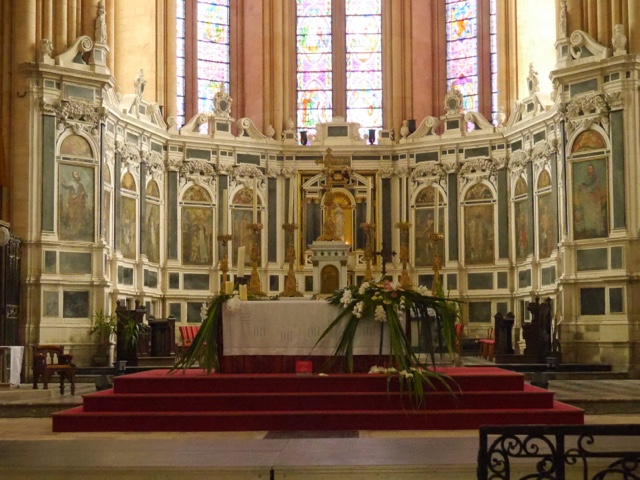 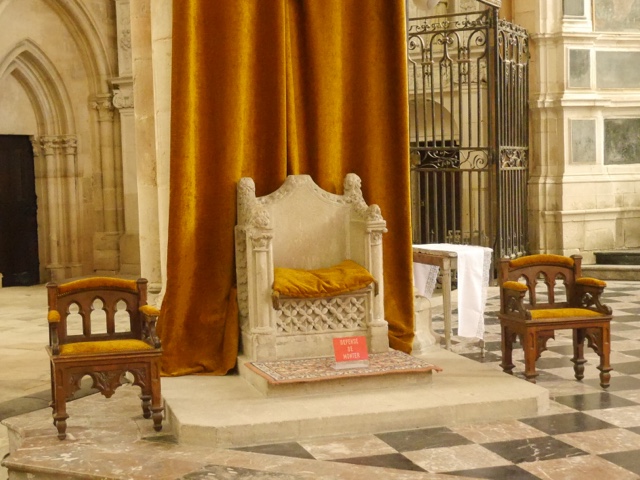 There is a very old tomb of a Bishop of Toul which shows him wearing a Superhumerale which is a garment worn over the shoulder.  Nowadays this is only worn by 4 Roman Catholic Bishops in the world one of which is the Bishop of Toul. 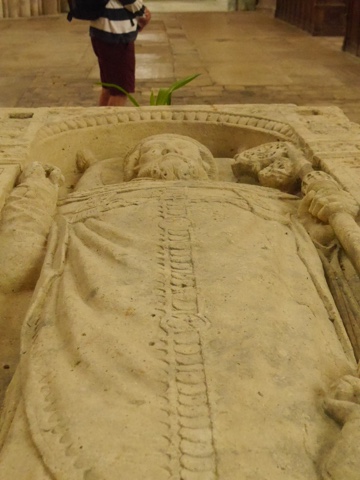 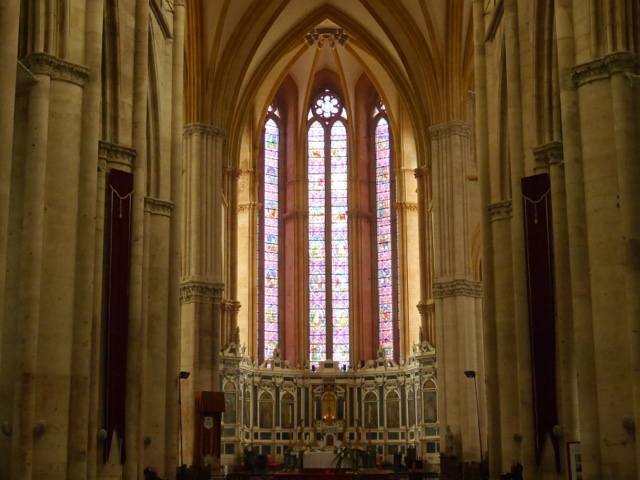 There are some lovely cloisters with interesting ceilings. 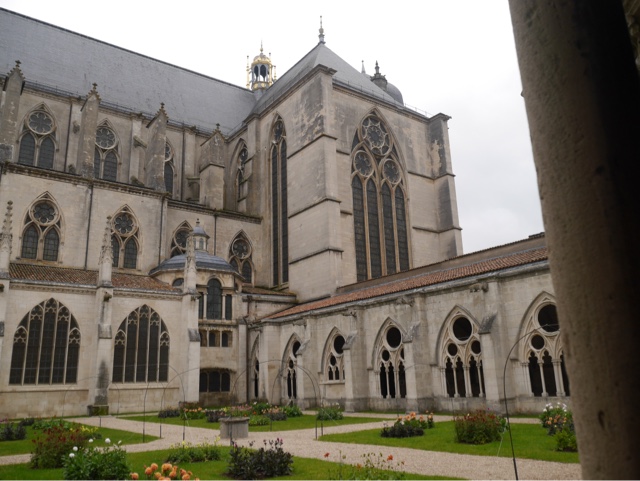 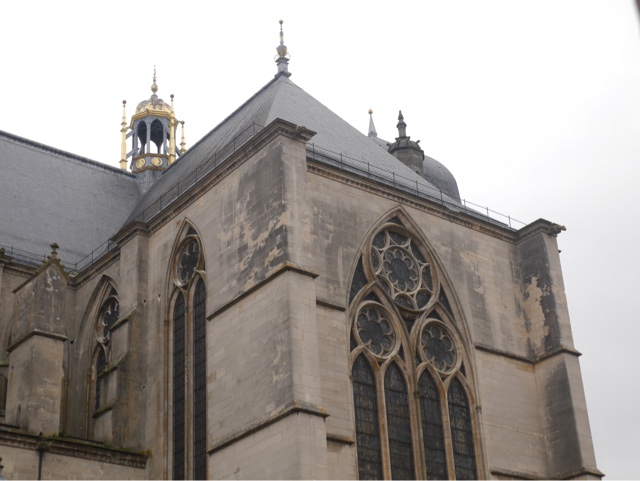 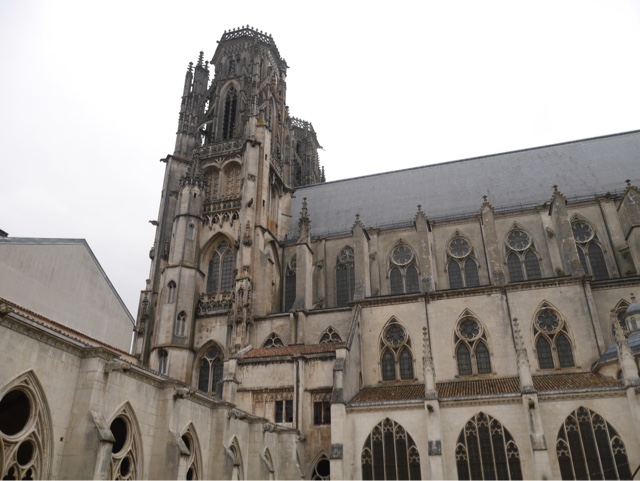 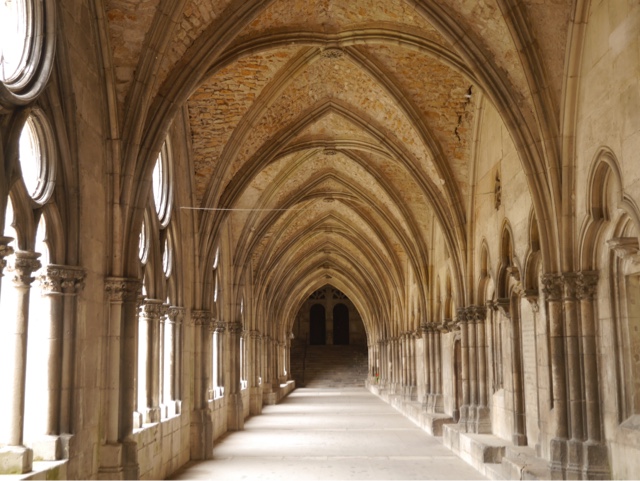 It was then back to dry the washing at the laundrette before setting out for home - well the caravan.  On our way we saw signs to a Grand Ecluse - a deviation we couldn't miss. It was big but we thought, nothing special! 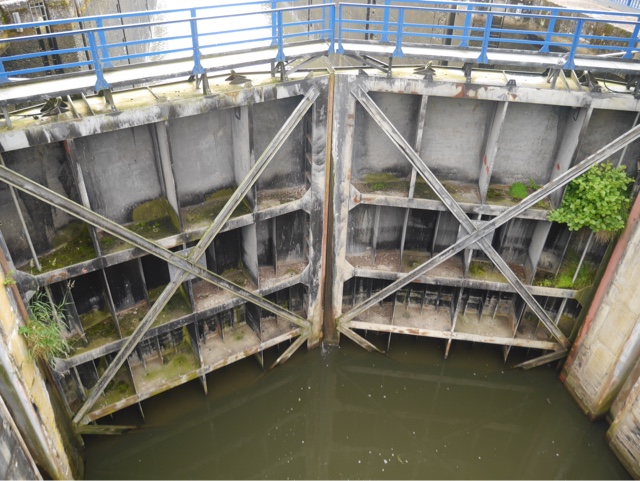 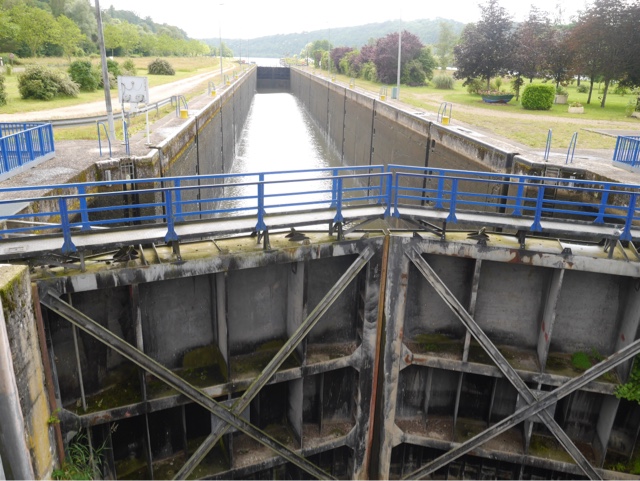 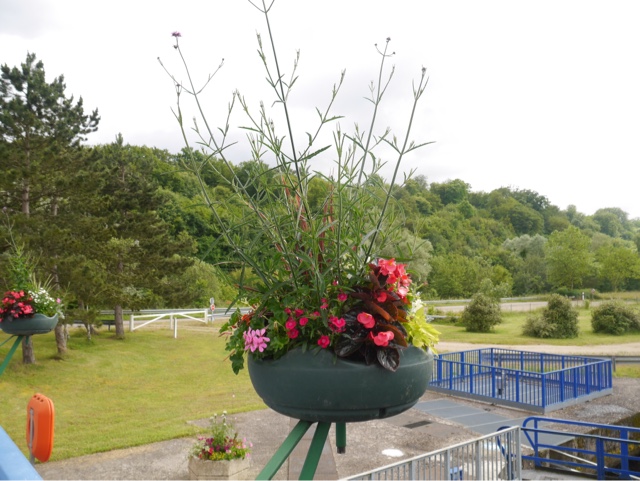 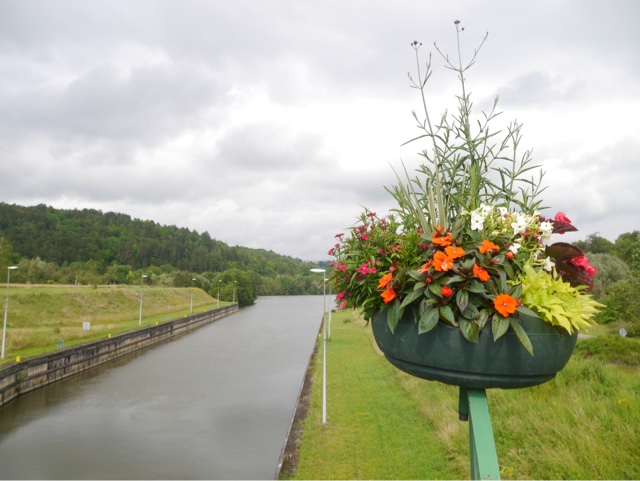 Back to the caravan for dinner stopping to take these photos of a chateau that we can see from our caravan.  We had seen a pizza place in Liverdun so Penny and I went to  get some however it was so busy that they took 45 minutes but it was worth it as they were very good. 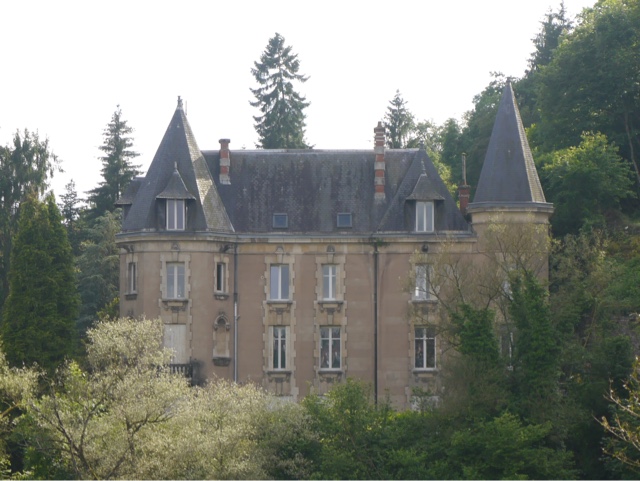 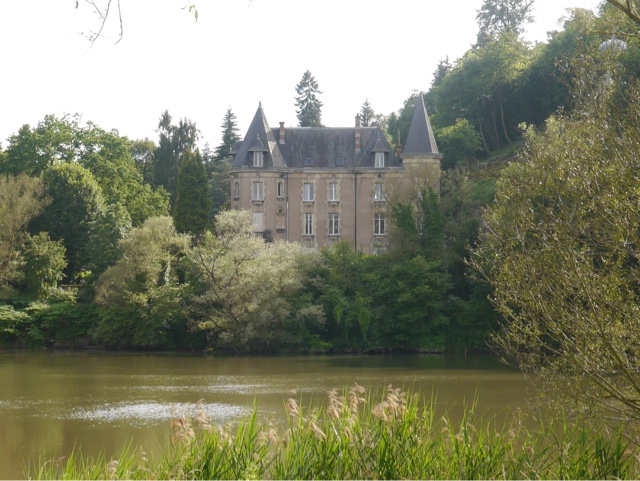