We had decided to have a day off today so I woke up feeling relaxed and looking forward to it until Richard said that the weather forecast is saying rain tomorrow and Thursday.  Reluctantly I agreed that we should move on today and have a (wet) day off tomorrow.

We were joined at the Soulbury Three locks by a hire boat and a volunteer lockie.  The hire boaters had only done one lock so were still quite green but after three more locks they were getting the hang of it!  The pub at the bottom lock, The Three Locks, must have been cooking breakfasts as the smell was very enticing! 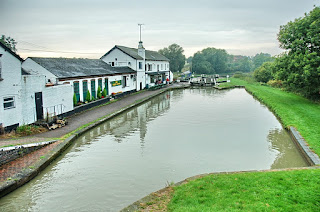 At Fenny Stratford we negotiated the horrendously deep lock – all of 12 inches!  I thought it might be a stop lock but apparently it was deemed necessary by the canal engineers to avoid building an expensive embankment off to the east.  There is however a swing bridge over the lock which makes it interesting – the only other one I know like this is at Hungerford on the K & A.  The name, Fenny Stratford, is an Old English language word that means 'marshy ford on a Roman road'. The Roman road in this case is the Watling Street. 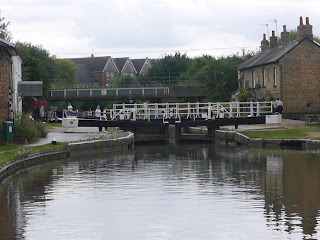 Our next obstacle was a boat across the canal.  Richard pushed her over and we tied her back up. 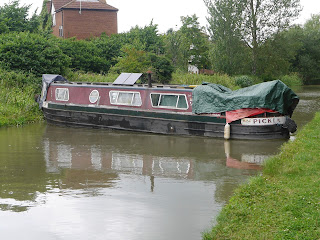 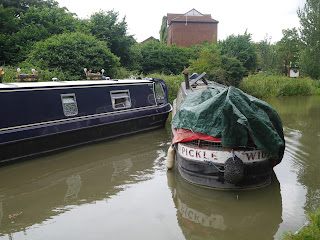 We weren’t sure where we were going to moor but ended up just after bridge 82A. There was a gap in the hedge and this is what we found 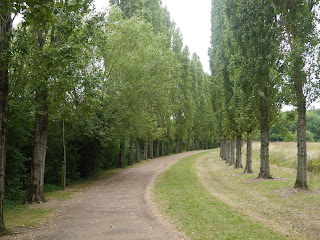 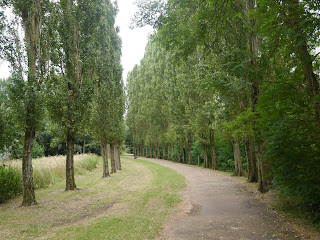 On doing some research I found that Milton Keynes was formally designated as a new town on 23rd January 1967, with the design brief to become a "city" in scale.  In 1992 Milton Keynes Development Corporation formed the Milton Keynes Parks Trust to take over the public parks.  It was given a £20 million endowment and a 999-year lease on around 5000 acres of open space.