Jim’s last day with us and we were heading to Leighton Buzzard so that he can catch the train there tomorrow.

I’m afraid that it was a rather boring and non-descript type of day :-(  just locks and miles!

Ivinghoe lock gave the back button a good wash! 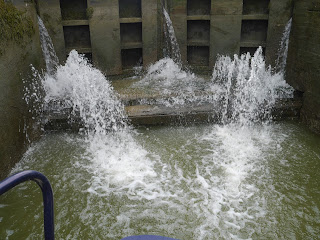 Apparently we passed the Whipsnade Lion which was cut in 1933 to advertise the zoo.  (Photo borrowed from the internet obviously!) 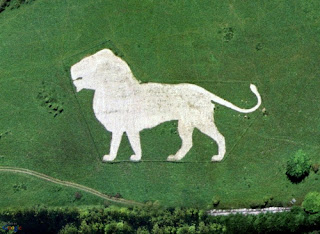 I mentioned yesterday about the narrow locks that were beside the double locks well there are a number of bridges like this one on this stretch. 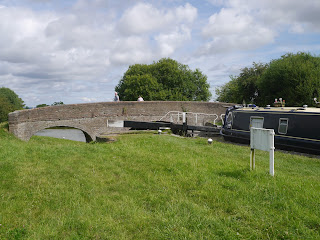 We moored up just after Church Lock for lunch but decided to stay there for the rest of the day.

Yesterday I missed the fact that we had crossed Bridego Bridge which is famous for the Great Train Robbers who stopped the southbound Post Office, Glasgow to London mailtrain on August 8th 1963 – almost 53 years ago.   Apparently the first reports of the robbery were broadcast on the VHF police radio within a few minutes and this is where the gang heard the line "A robbery has been committed and you'll never believe it – they've stolen the train!"