The men were champing at the bit to get moving – goodness knows why as we were only going a short distance!  I kept them waiting till 9.30am!!

We had visitors for breakfast. 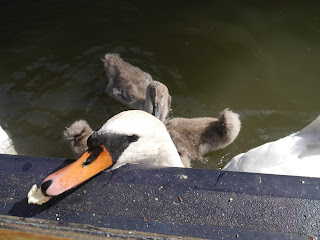 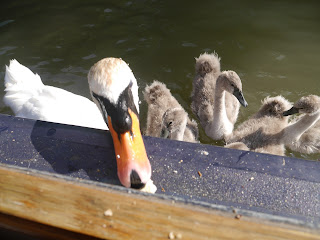 I went to set the top lock of the Marsworth Flight and as Richard took Mary H in a hire boat came up so we shared the first 7 locks.  The hire boat was Bonnelli’s Eagle, from Gayton Marina.  Husband, wife and 28 year old son.  They were about to complete the Thames Ring in 13 days (the boat had a pumpout problem when they picked it up so they lost a day).  CanalPlan says the ring is 246.95 miles and 176 which should take 109 hours and 19 minutes which is 21 days, 4 hours and 19 minutes at 5 hours per day.  For us 5 hours is a long day so goodness knows how many hours a day they had been doing!

We got a good system going and did the first 7 locks in an hour.  We said goodbye as we wanted to moor up but the towpath was so narrow we gave up and said hello again at the bottom 2 locks.  We said goodbye again but still couldn’t find anywhere that was really nice so did one more lock with the hire boat before stopping between locks 35 and 36. 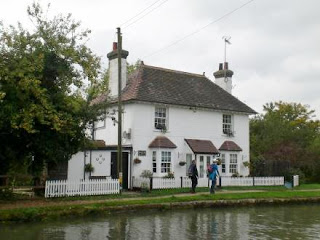 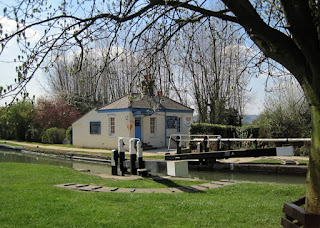 The C&RT yard at Marsworth Junction is now a housing complex and very nice it is too though there is still a service area which I bet can smell from time to time! 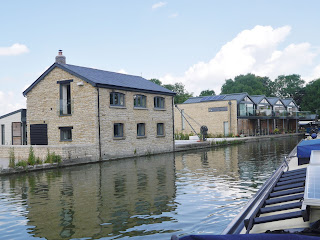 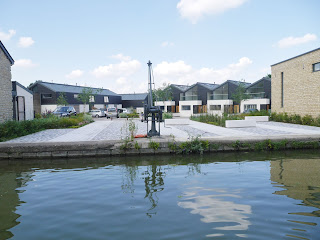 We had a perfect spot – nice wide towpath and plenty of shade and we had a lovely peaceful afternoon before Richard cooked yet another BBQ. 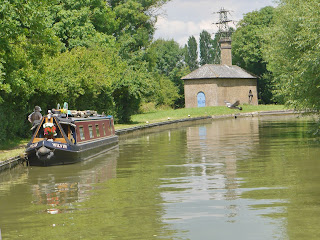 We noticed at Lock 35 that it looked as if there had been a narrow lock next to it and I discovered that to help with barge throughput quite a few of the locks in this part of the Grand Union Canal were turned into double or twin locks. Ultimately though these were turned back into singles as the commercial traffic movement on the canal declined (mostly due to the new railways being built which took much of the business away from the canals). 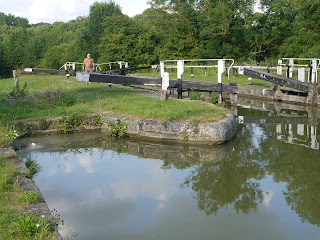 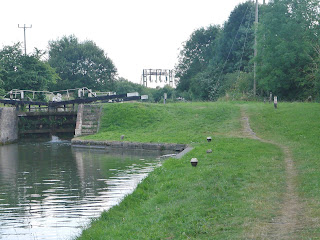 Jim and I did our good deed for the day as the top gate at the lock was open and as the bottom gates leaked badly the water level in the pound had already gone down to we closed it :-) 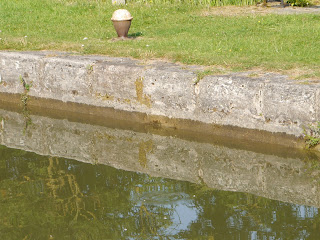