Muffin jumped ship this morning and decided that Michelle’s bed was better than ours! 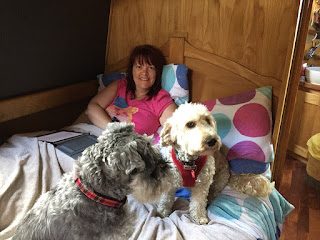 Each time we thought that we would go to the bottom lock someone came by!  In the end we decided we might as well just get in a queue – in fact there was only one boat in front of us and he had 3 people on the ground.  A hire boat came in behind and they also had 3 people doing the locks so I got help on some of the locks.  Right up to Lock 5 it was one in and one out.  At Lock 5 there were two little boats in the lock each with an outboard – it was really sweet!  After Lock 5 we on our own as, it would appear, the other boats had pulled in.  We came across two volunteer lockies who helped at a couple of locks but at the top were 3 of them – so I didn’t do a thing :-)  There was a chalkboard with the number of boats passing through the top lock – 9 up and 13 down at midday.  2 hours and 20 minutes which I thought was good. 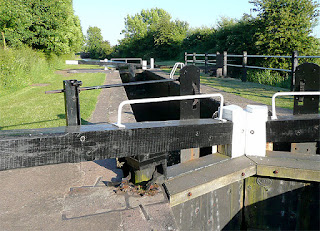 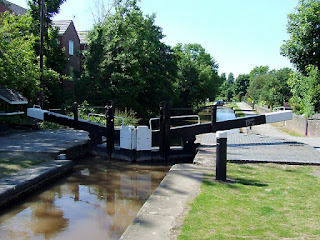 We pulled over for lunch and to allow Days Away to catch us up.  We had been the tour guides last week but Aaron knows the Coventry Canal so he is now the tour guide!

At Hartshill Yard there was a nasty noise coming from the prop so Richard pulled over and extricated this lot from the weed hatch.  There is even a zip in there!  Aaron said that it looked like a crayfish net and the zip would have been from a pouch with bait in. 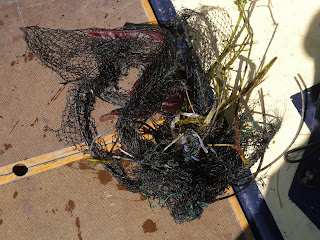 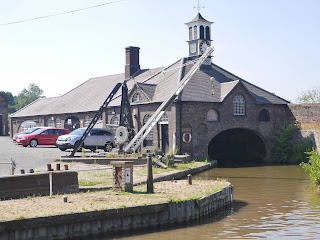 But more interesting is this house which on doing some internet research appears to be a cottage which is attached to Apple Pie Bridge.  Both cottage and the canal bridge are 29th century and are Grade II Listed Buildings.  The cottage is 2 storeys to road but 3 storeys to canal where there is a wide low arch known as a basket-arch, which originally gave access to wharf but is now blocked. 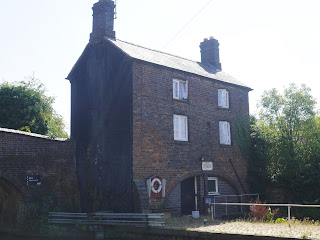 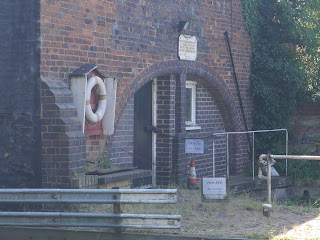 But look at the roof from the other side! 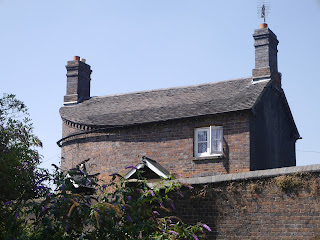 We pulled over at Spring Wood just before Valley Cruises. Out came the chairs and we all read before having a farewell BBQ.  We sat out till 10.30pm and weren’t particularly cold – maybe it was the candles that kept us warm!