We woke up to dryish morning but it was very windy.  I couldn’t hear my windmill going round and was worried it had blown away but it is still there spinning happily.  We have had so many comments the year about the windmill and people asking where we got it from – well it came from the Outer Banks in North Carolina, USA.  I bought it last year and strangely enough I don’t think anyone commented last year!  The first photo is of it stationary and the other going round.  I’m quite impressed with the difference! 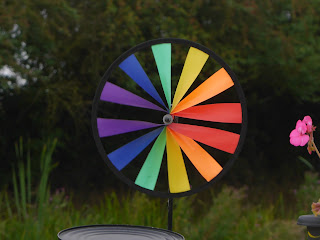 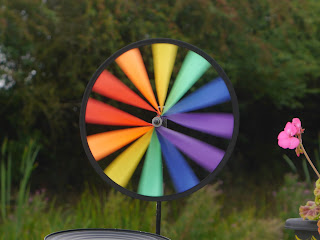 There was a Mummy duck with six tiny babies by us last night – I couldn’t get a photo of them all together as Mum seemed to have very little control over her brood!  I just hope they survive. 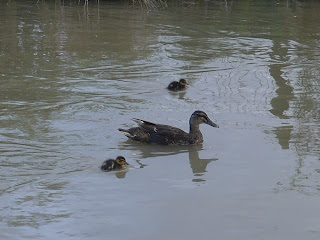 We were getting very low on Elsan cassette space so moved on to Sutton Cheney Wharf where there is water, rubbish and elsan emptying though neither Pearsons nor the Geo map says so.

We stopped at the Shenton aqueduct so I could visit the farm shop – the milk is getting desperate now!  It is quite a climb down rickety steps to get to the road and the farm shop wasn’t worth going to – very disappointing. 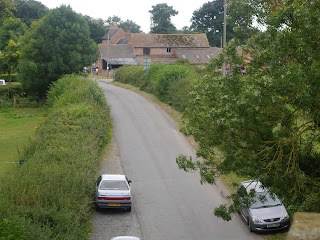 Richard was getting fed up with the wind so we pulled over before Bridge 37 and settled down for the rest of the rocky day!  I actually felt a little sea sick at one stage as the gentle rocking doesn’t do anything for my constitution!  I discovered this when I used to sail – give me a strong wind and rough sea and I am usually OK but give me a swell and slaloping and I will be sick! 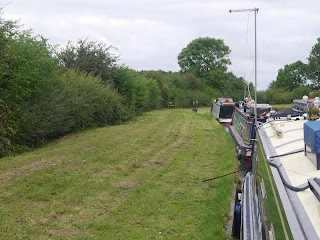 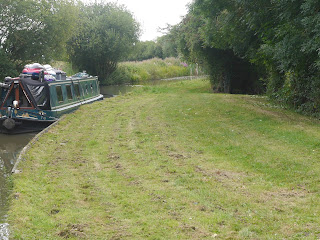 During the afternoon we were trying to decide what we are going to do over the next few days.  Looking at the map there are some great village names locally.  Sheepy Magna and Sheepy Parva (from the old english sceap + eg meaning 'island or dry ground in the marsh where the sheep graze – Magna being great and Parva meaning little), Ratcliffe Culey (The toponym "Ratcliffe" is derived from Old English, referring to the local red clay and the fact that it is on high land. Culey is the name of a former lord of the manor), Norton-Juxta-Twycross (Norton is believed to be derived from North Tun, Tun being Anglo-Saxon for settlement – Juxta means alongside - 'Twycross' because its centre lies at the intersection of three roads), Newton Burgoland (The place-name is first shown in the Domesday Book of 1086, where it appears as Neutone. It is referred to as Neuton Burgilon in 1390. The name 'Newton' means 'new homestead or village'. The 'Burgoland' element refers to the Burgilon family, the name meaning 'Burgundian') and, best of all, Barton in the Beans (once known as "Barton-in-Fabis" meaning grange i.e. an outlying farm within an estate.  Faba being Latin for bean).