A beautiful morning on the Thames and with it being mid-September it is really quiet.

We have friends coming tomorrow so stayed put until after lunch when we set off for Godstow via Eynsham Lock – I know it’s upstream but we needed the services.

Opposite the lock landing at Eynsham there is a boat moored and I guess left.  I hope when the owners get back they don’t find things eaten! 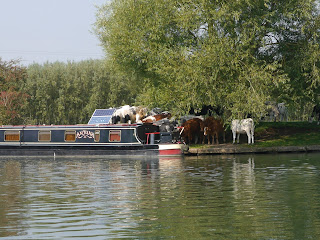 It was a glorious day for pootling around on the river.  There is a song about messing about on the river but for the life of me I can’t think of the title!

Duke’s Lock was on self-service but as we approached the Lockie came out and did it for us – what a nice lady and she thought Muffin was adorable! 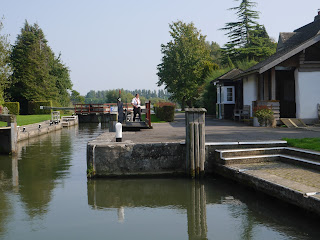 Under the A34 – it was only two weeks ago that we were sitting up there with a flat tyre!  As we came under the bridge at Godstow we hoped there would be some spaces.  The first space had sunbathers on the bank and we didn’t want to disturb them.  The second one had a couple of cyclists taking a rest but the third one was free :-) 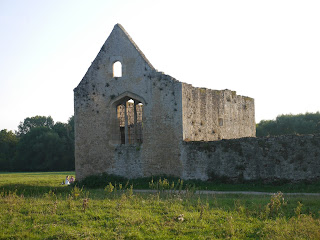 It’s not free mooring here anymore.  You have to text a number giving your registration (!) number then you get a call back asking you to put in the location number which is on the little signs.  Richard tried three times to put the number in but all he got was “that is not a recognised location number”, it was time to give up then! 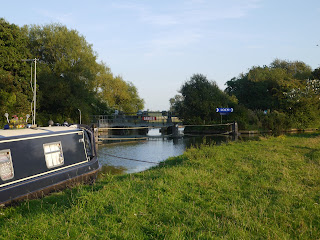 We sat out under a tree – it was lucky we took the third mooring spot as the others don’t have any shade.  The boat got hotter and hotter inside – up to 33°.  As it cooled down a bit I made a bolognaise then we had a glass (or two) of wine watching the sunset though, once again, it was not a brilliant one though I love the clouds. 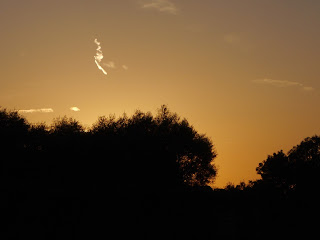