I’m rather late in announcing the brilliant news that I am now a Granny :-)   Tobyn Oscar was born on September 21st at 6.25am and weighed in at 7lbs 10oz.  The labour was very quick – lucky Laura!  Tobyn is 2 weeks old today and each time I see him he has changed in some little way. 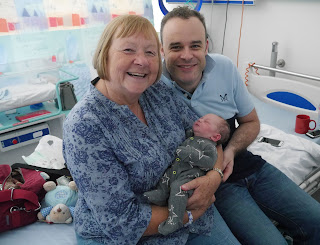 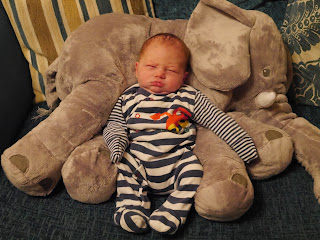 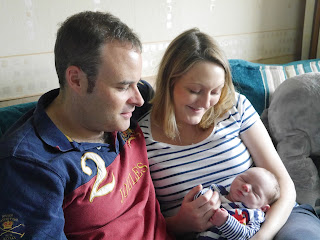 Richard and James got Mary H back to Newbury on September 23rd enjoying some nice Autumn weather.  The inside of Mary H is in chaos as we discovered a water leak at the end of August which Richard thought he had cured.  He thought it was the filtered water pipe which he mended but in fact it was the water pump which continued to leak.  The water has been removed but everywhere is very damp so all the kitchen cupboards have been emptied and the doors taken off and a de-humidifier put in.  Goodness knows what we would have done if we were living on board!

Here are our statistics for this year compared with the last few years.

We have had a good summer – meeting up with old friends and making new ones.  Muffin doesn’t seem any the worse for wear after his accident on the Stoke Bruerne Locks – in fact I think I am the one who was more traumatised and I can still see his little head disappearing under the water.

We have made plans for next year but who knows what will happen.  I want to be at home more frequently so I can see Tobyn which may mean leaving Richard and Muffin onboard or maybe we will all go home – who knows!
Posted by Linda Gifford-Hull at 17:28