I didn’t want to leave Boveney but Old Itchy Feet did so off we toddled.  It was bloomin’ freezing – well at least it was outside when I left the cabin to do the locks! 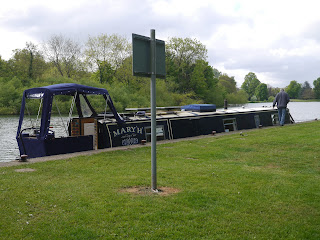 We passed Bray Film Studios.  The studios were centred around Down Place, a country estate built in 1750 by the Tonson family. It became residence of the Hartford family between 1835 and 1901. In 1951, Hammer Film Productions, in search of a base to make their budget horror films, settled on the derelict Down Place. Shooting in country houses avoided the need to build sets, and usually also meant large grounds were available for location work. As the one year lease on Down Place ran out and a union strike prevented a move to a studio, Hammer decide to build a studio in the grounds of Down Place, and name it Bray Studios, after the local town.   In 1965 Mr Ernest Oliver, owner of the adjacent Oakley Court, died, leaving the Court uninhabited. The building became an ideal setting for many Bray productions.  It was announced back in 2013 by Neville Hendricks, the then owner of Bray Studios, that the studios were no longer viable and were sold to property developers. There was a high profile local campaign supported by many past stars such as Christopher Lee and Richard O'Brian to save the studios but if failed. In July 2015, it was announced that the listed Down Place building would be restored and converted into luxury apartments and the sound stages and workshops would be demolished to make way for new houses.  I’ve been onto the Royal Borough of Windsor and Maidenhead planning page and things are moving but very slowly.  In December last year planning was approved for 8 apartments and 2 cottages in Down Place House and for the partial demolition of parts or part of the existing structure, refurbishment and change of use to residential accommodation (comprising 39 x studios, 25 x 1 bed apartments and 4 x 2 bed apartments.  I’m not too sure what that actually means!  However for Down Place House this restoration cannot come quick enough. 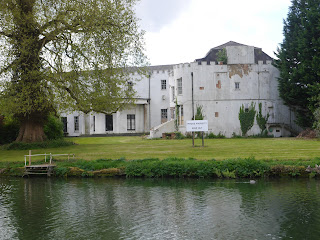 Monkey Island is another place looking very sorry for itself.  I can find planning applications going back to September 2015 for new staff buildings and a new footbridge.  The Island sports an interesting history involving grotesquely painted monkeys and the Duke of Marlborough.  Although painted monkeys still lurk in the pavilion, the name Monkey Island stems from the Old English Monks Eyot, i.e., Monks' Island. It was named after monks who resided at Amerden Bank, a moated site near Bray Lock, as part of the Merton Priory from 1197 until the Dissolution of the Monasteries.  In 1738, Charles Spencer, 3rd Duke of Marlborough acquired the island from Sir Francis Englefield. Spencer had seen the property while attending the Kit-Kat Club at nearby Down Place (Kit-Kat Club members met around the time of William III’s death to ensure the defence of the House of Hanover and the protestant succession.)  The Duke enlisted Palladian architect Robert Morris to design and build both buildings at a cost of £8,756.  The Duke’s most intriguing mark was the delightful Singerie paintings of the Monkey Room. Spencer commissioned the French artist Andieu de Clermont to paint these captivating and unique scenes of monkeys doing rather humanlike activities – shooting, fishing, smoking – and it is known they were completed before 1738.  By 1840, the Pavilion had become a riverside inn. 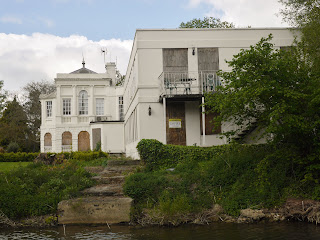 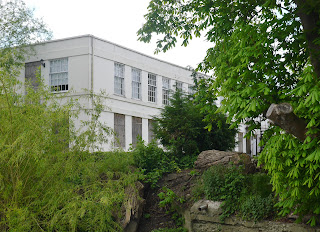 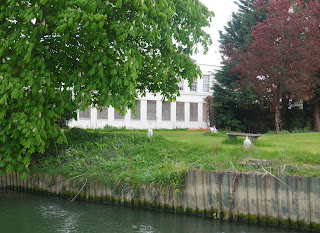 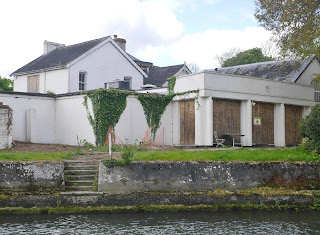 This is how the hotel used to look. 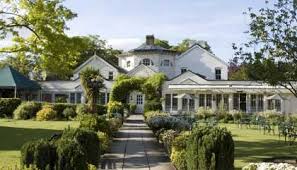 We had three locks to do, two of which were on self-service.  It was then up to Cookham Meadows where we more or less had the whole place to ourselves.

It was two years ago yesterday since my Mother died and I felt very low in the afternoon.  I still miss her.  So many times I want to share things with her but she isn’t at the end of the phone anymore.