After a pow-wow we walked into town to get milk and beer!  Being Easter Monday the town was a bit dead – I would quite like to come back when everything is open.

Opposite us was this house with a very unusual pod – it’s amazing how many people we have heard commenting on it. 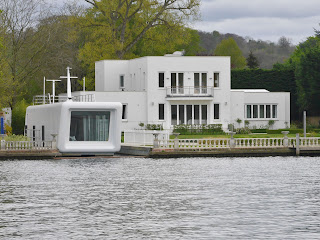 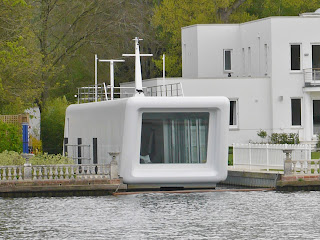 We also had these babies as our neighbours 😊 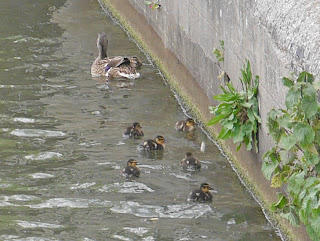 This was the view from the boat to Marlow Bridge. 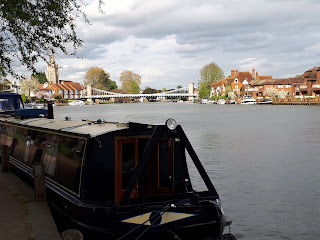 Steve has just discovered that he can have an extra couple of days off work (he is a firefighter) so we now have heaps of time to get down to Shepperton.  So we did an about turn and headed back up the river.

Temple Lock was still on self-service and Diane worked us through.  This lock is quite unique in that when a new replacement lock was built in 1890, the builders left the old one in place alongside it. The old lock was modified with channels to enable light craft, skiffs and punts to be transferred up and downstream.  There was a weir and flash lock here from around 1544 - this was updated to a timber pound lock by the Thames Navigation Commissioners in 1773. The lock was rebuilt in 1782 and it remained like this until 1890 when a new lock was built alongside. The first lock keeper's house was built in 1777. Today's house was built in 1959. 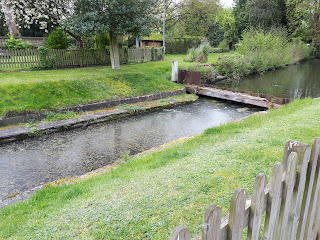 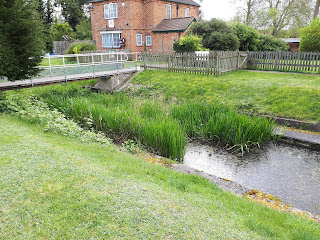 I don’t know what is going on here – it looks as if the trees have a Mohican! 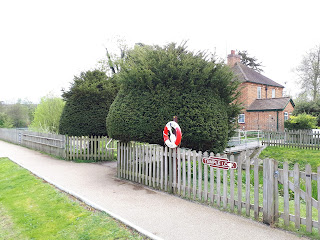 Hurley Lock was manned but the tea shop was closed which I thought was a bit strange for Easter Monday as there were quite a few people around.

Hambledon Lock was on self-service and we got 3 cruisers and 2 narrowboats in – they were big cruisers too.

We pulled over onto the Medmenham Farm Moorings.  Richard did some work on the roof while I – er …. did very little!  We sat out with Steve and Diane for a while but it was too cold with the wind whipping across the river. 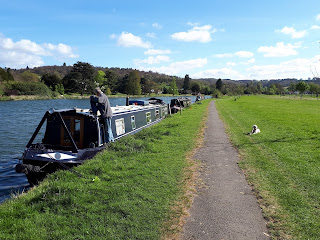 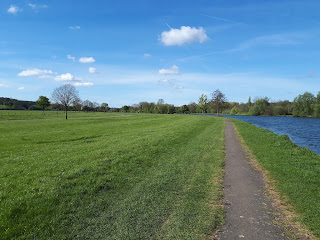