Richard’s eldest step-daughter, Fay, her daughter Brooke and cousin Izzie arrived about 11am.  We had planned to go for a short cruise up to Chertsey Lock and back but in the end didn’t as we really wanted to keep our spot outside Thames Court.  However we went into Thames Court and had lunch before Fay took me into Shepperton village to stock up on wine and beer!  It was a brief visit but, as always, enjoyable 😊 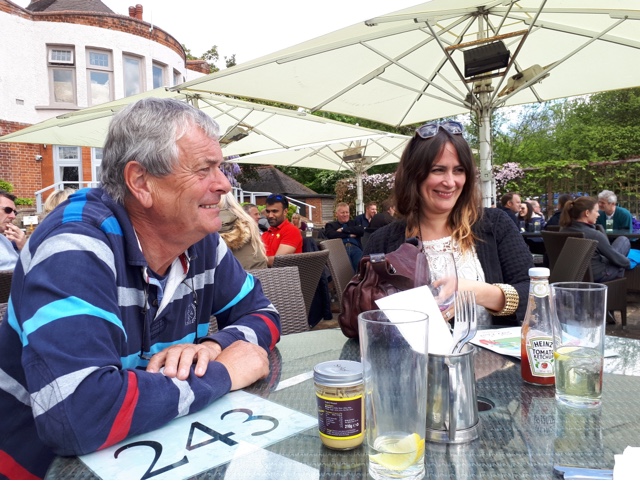 Richard and I walked down to Nauticalia in the afternoon and had a browse round – nothing grabbed my purse!  It was overt to the lock island where we had an icecream.  The lock cottage appears to be having a lot of work done on it.  While we were sitting gongoozling the lock operation came to a grinding halt!  The ram broke so goodness knows how long that will take to mend. 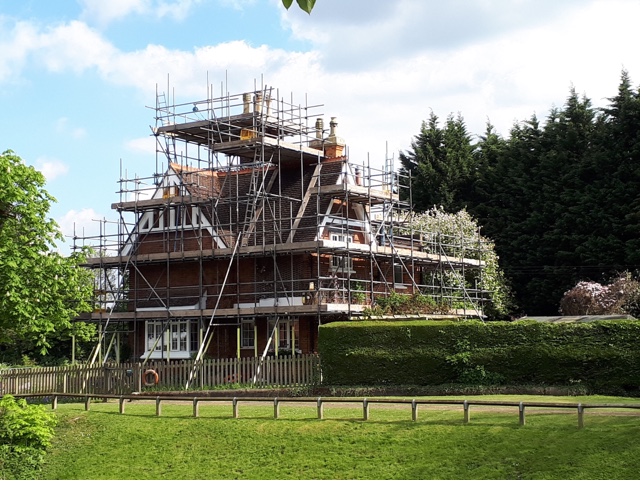 In the evening my cousin, Alison, and her partner, Malcolm, came over and we had another meal in Thames Court.  They are closing tomorrow for a refurb and there were a lot of things off the menu ☹  However, it didn’t really matter – it was the company that mattered 😊

A lovely day of being with family and we will have another one tomorrow.
Posted by Linda Gifford-Hull at 11:42