I had the best night’s sleep since we came onto the boat 9 nights ago!

We left Laleham for the short hop to Shepperton.  Chertsey Lock was on self-service and Diane and I worked the two boats, oh no it was three as a motor cruisers drifted slowly down the river towards us, through the lock and then both Mary H and Clarence (which was named after a goat I understand by its previous owners!) pulled over for water.  Thames water supplies are usually good with a large bore hose pipe but this was a normal sized one and it took ages to do both boats – 1 hour and 10 minutes to be exact.  We were down to one bar on the gauge and needed to fill up but Clarence didn’t need as much as us – thank goodness. 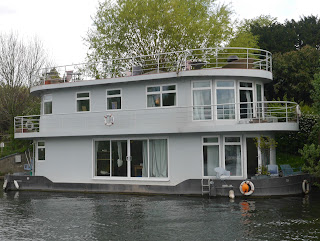 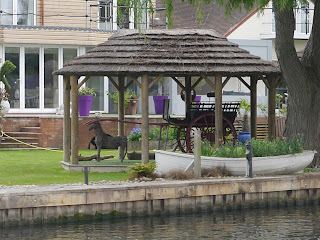 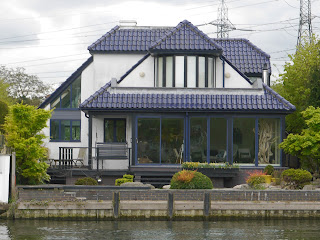 Down passed all the lovely houses on the Weybridge side of the river – there are quite a few for sale.  The Huf Haus opposite Thames Court is more or less finished – the house looks complete but the garden still needs a few last things doing.  It is nice but I wouldn’t have wanted to spend all that money on a house opposite a very popular riverside pub. 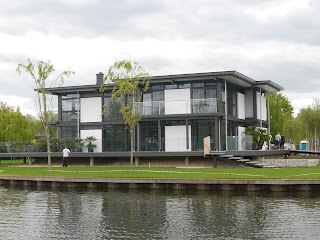 Thames Court was looking very sorry for itself last year but it is having a face lift and looking so much better.  In fact it is about to have an inside face lift too – it is closing on Sunday until May 5th. 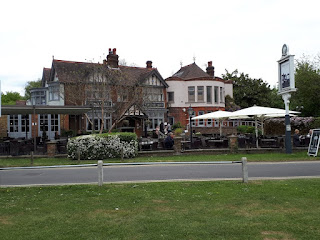 We were joined in the afternoon by friends, Barbara and Phil.  They had a cup of tea with us and then went off shopping before coming back and we all went for a meal in Thames Court.  It is so lovely to catch up with old friends and family of course.  We now have a weekend of both 😊