Two farewells and a load of poo!

We left our lovely mooring just after 10am and headed to Eynsham Lock.  We took on water and said farewell to Maffi.  There was no sign of Molly.

There were FOUR lock keepers on at Eynsham Lock – four why????  We dumped the dumpables and headed downstream.

We knew that Sue and Vic were moored near King’s Lock so when we saw them we pulled over and had a coffee with them and saw their lovely widebeam.  It certainly is a totally different way of life living on a widebeam.  We said goodbye – hopefully we will catch up with them again in the Autumn.

There was a very jolly lockie on at King’s Lock.  He told me that when had he arrived this morning there was a herd of cows lying down in the car park.  They had come from a field above the lock and he had to shoo them all the way back past the lock.  They had certainly left their mark – poor lockie had a lot of cleaning up to do.

Godstow Lock was on self-service but it is electric so I really didn’t mind.  What I did mind though was the goose poo.  Above the lock it’s just one huge layer of it.  It is absolutely disgusting.  I once worked as a school secretary in a secondary school and one very dry summer holiday a flock of Canadian geese moved onto the playing field.  Just before the beginning of term we rang the Council and asked if they could do anything about it as it was a health and safety issue – of course they said there wasn’t.  The children weren’t allowed on the playing field for quite a few weeks until it had rained enough to disperse it. 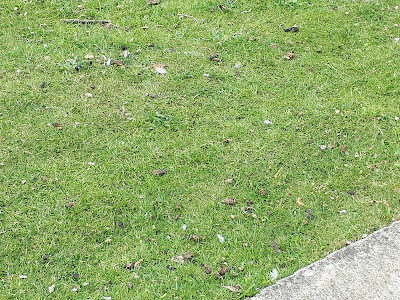 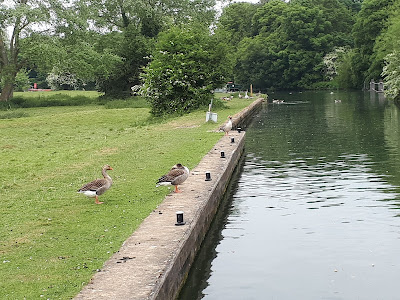 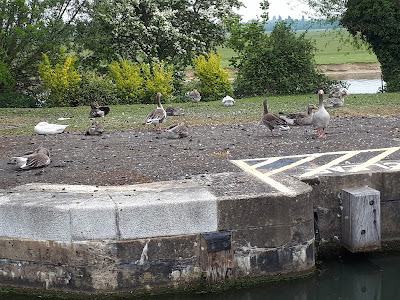 I got a couple of nice photos of Mary H coming out of a Thames Lock.  The opportunity doesn’t happen very often. 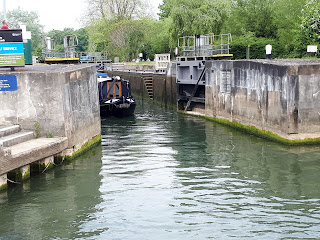 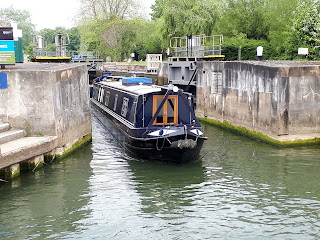 Past Port Meadow – hardly anyone there today.  Apparently the meadow appears never to have been ploughed, it contains well-preserved archaeological remains, some of which survive as residual earthworks. Of particular note are several Bronze Age round barrows, an area of Iron Age settlement, and the foundations of 17th-century fortifications from the Parliamentary siege of Oxford during the English Civil War.  In the 17th and 18th centuries the meadow was used for horse racing, and low stone bridges laid over washes and ditches for this purpose still survive.  During the First World War part of Port Meadow was used to train the Royal Flying Corps and turned into a military aerodrome. Fifteen air crew and pilots were killed flying from Port Meadow or close by. In 1940, during the Second World War, a camp was set up on the meadow for military personnel evacuated from Dunkirk. 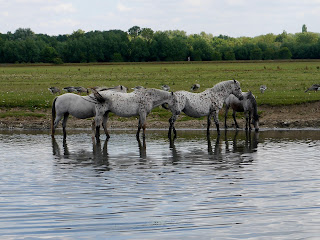 Under Osney Bridge and we took the last mooring spot at East Street – well we only wanted one!

It wasn’t a very nice late-afternoon so we both just read and chilled out.