We woke up to sunshine though it was a bit chilly but once the sun got going it soon warmed up.

We left out mooring before 9am!  I’m normally still in bed at that time.  The idea was to get into Stratford’s Bancroft Basin as the overnighters left.
This peahen watched us filling up with water. 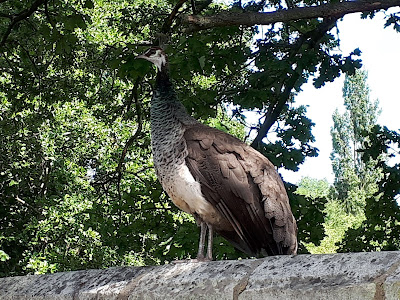 We pulled over for water and rubbish but, according to the map and Pearsons, there is no elsan emptying between Lapworth Junction and the George Billington Lock on the River Avon which is 27 miles and 43 locks!  HOWEVER before regular visitors to Stratford will no doubt tell me there is one just upstream of Stratford but last time we visited it was disgusting!  BUT last time we came this way we went to Valley Boat Services for diesel and we emptied the elsan there.  We did the same today and Richard noticed that the point has CRT written on it so we assume that is why they don’t mind people using it.

I’m going to write to McDonalds and ask them to do a cruise through here too! 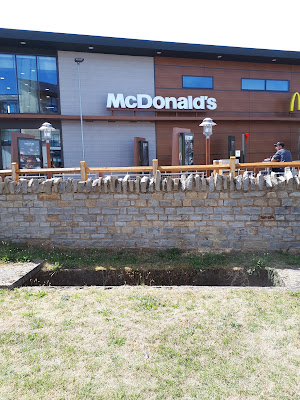 Richard having a moment’s reflection. 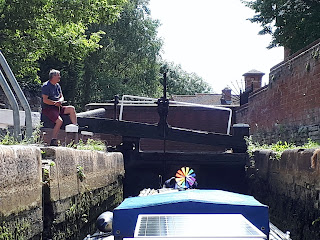 Going down into Stratford seems as if you are going down to the bowels of the earth.  Just down and down and under very low bridges until we finally emerged into Bancroft Basin.

The Basin was busy but there were a couple of spaces so we grabbed one, moored up and headed to the Baguette Barge.  Richard had a turkey and cranberry and I had bacon, brie and cranberry.  Good crispy, big baguettes all for £4 each. 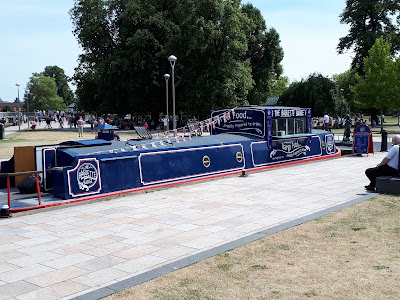 We sat under a tree in the park and enjoyed every morsel before going for a wander round the shops and I got a couple of tops from Debenhams before returning to the boat for a quiet afternoon. 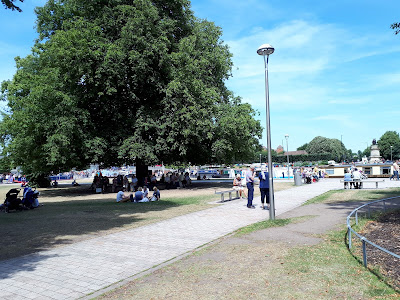 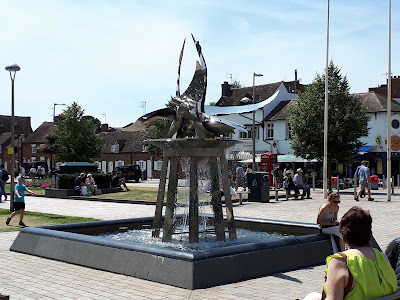 Please don’t tell my Weight Watchers leader but not only did I have a baguette I also had an ice cream and then fish and chips for dinner!