The morning started out rather grey and the day continued that way though it was very muggy.   However it was a lovely evening.
We passed the Anglo Welsh hub at Wootten Wawen – there were quite a few boats in. 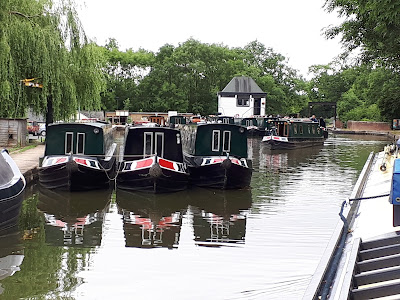 Just after Anglo Welsh is the second of the aqueducts which was built between 1812 and 1816.  It carries the canal over the A3400 and is scheduled as a Warwickshire Monument. 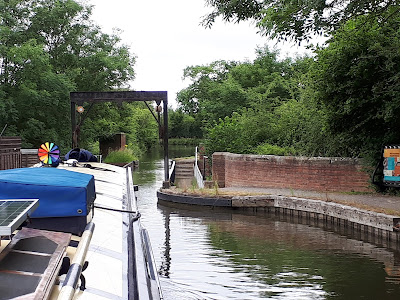 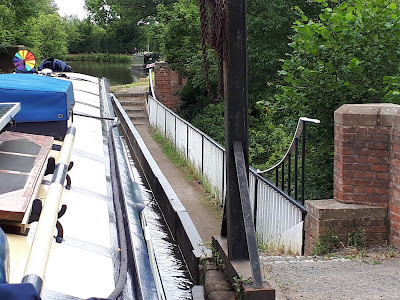 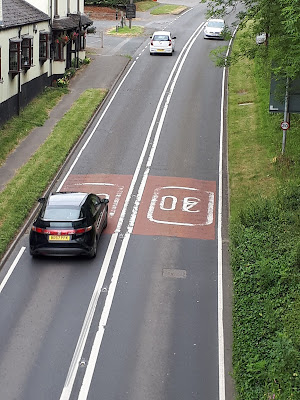 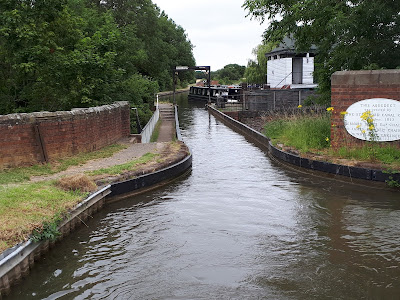 We passed the new Hill Farm Marina which is still under construction.  Their website says “This stunning New Marina will be opening in summer 2017, it will accommodate 50 Berths in a very rural and tranquil setting, with excellent opportunities for cruising. It's a family run operation with David and Leanne Amor who farm the land and business partner David Cooke.”  I doubt very much if it will be ready this summer – autumn maybe. 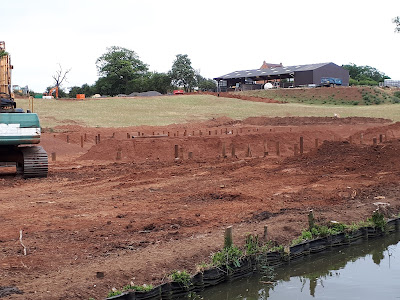 Next was the last of the aqueducts – Edstone.  At 475 feet it is the longest aqueduct in England. It crosses a minor road, the Birmingham and North Warwickshire railway and also the trackbed of the former Alcester Railway. There was once a pipe from the side of the canal that enabled locomotives to draw water to fill their tanks. It was built between 1812 and 1816 and is carried on 13 tapering brick piers which are over 20 feet high.  The aqueduct is a Grade II listed structure. 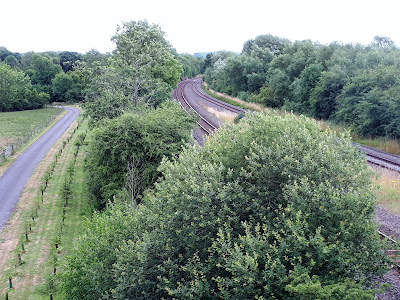 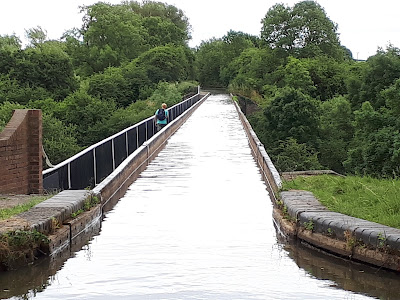 There was a lockie on duty at Bearley Lock as, “a paddle has been left up overnight on lock 40 draining the long pound in between. The water feed comes from Lapworth so it will take quite a while to get the levels back up. Deep drafted boats will struggle to navigate the pound for the next couple of days. Please be assured we are doing everything we can to replenish the levels” Taken from a CRT email sent out on Friday.

We had thought about mooring in Wilmcote but it didn’t look very inviting so we motored on to Wilmcote Locks – a lovely flight of 11 locks split into sections.  I struggled a bit with the depth of the water between Locks 40 and 43.  You can see from this photo how low the water level is – that is a bywash! 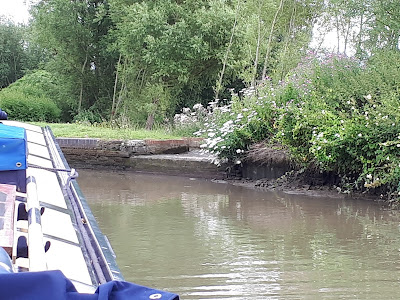 In Lock 43 Richard saw a log floating around just as a Lockie walked by (yes, they have Lockies on the flight!).  The Lockie got down onto the boat and tried to fish it out without much success but at least he was able to move it away from the gate. 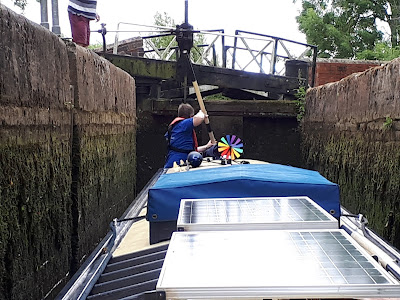 It was then down Locks 44 to 47 where there is a lovely view – I love going down flights. 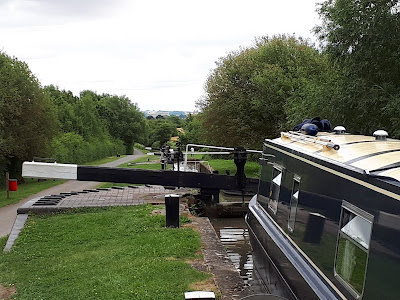 The pound below Lock 47 is longer than most of the others so we were able to pull over and moor up – with the Lockies blessing!! 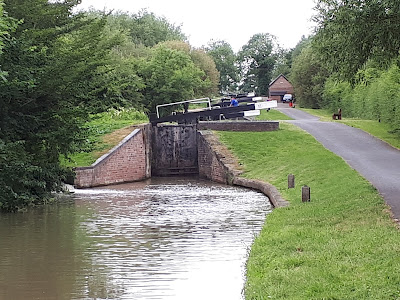 We spent a couple of hours trying to decide which way we are going to go to get back to Newbury for the beginning of October.  For the first time since we have been cruising, this is our 8th year, we have a difference of opinion.  Watch this space!!