We left the Pershore moorings at 9am in gorgeous sunshine. 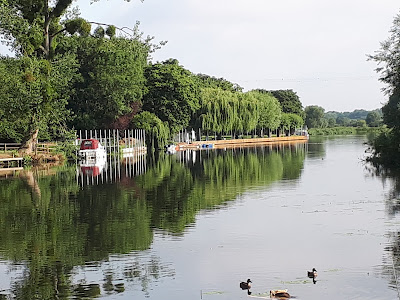 Pershore Lock works differently to other locks on the Avon as it has a ground paddle which must be opened first. 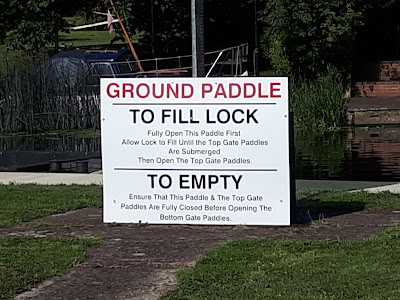 There are two turbines at Pershore.  The twin Archimedean screw hydroelectric scheme, designed by Renewables First, was successfully commissioned on 20th August 2014.  The system delivered a million units of carbon free electricity in its first year of operation. 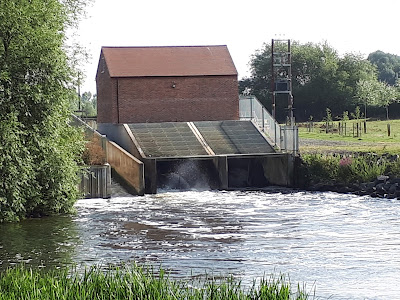 The next lock was Nafford Lock where we saw this sad sight. 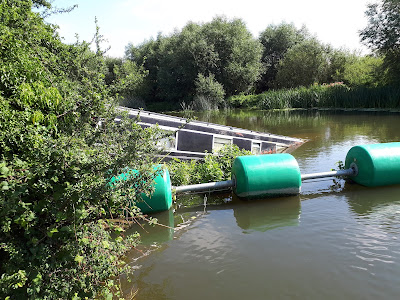 Last time we came this way Eckington Bridge was covered in scaffolding so it was nice to see it in all its glory.  Eckington Bridge is a Grade II listed building and has been scheduled as an ancient monument.  The first bridge at the site was built in 1440, replacing an earlier ferry, but this fell into disrepair and was replaced by the current stone bridge in the 1720s. 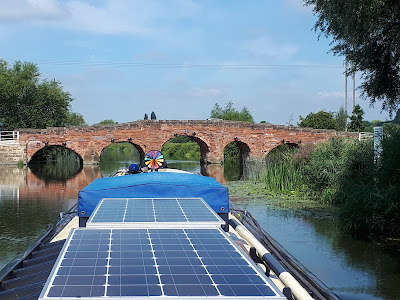 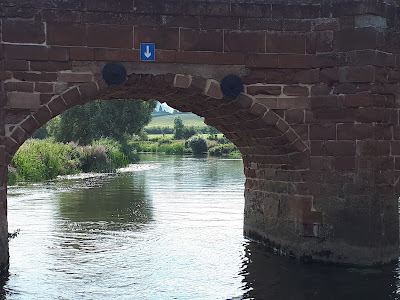 At Strensham Lock we met one of the two hire boats that had been in front of us.  The other one had missed the lock and gone gayly down the weir stream!  As it happened it was good for us as we went in the lock first and it was manned by a very active hire boat crew!

We got into Tewkesbury and sat around waiting for my dental appointment.  It was a 7 minute walk – or it should have been had I not walked straight passed it!  The dentist told me that I had a broken tooth (how much was this guy charging me?) and that it needs to be crowned by my own dentist but he has put a temporary filling in which doesn’t feel very secure to me. 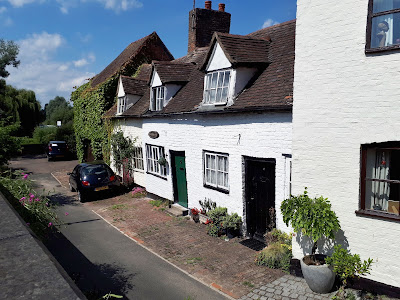 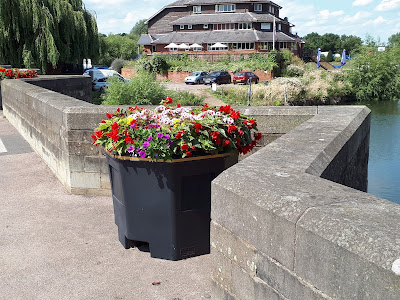 Back at the boat it was very hot and we weren’t in the best place so Richard went and asked the Lockie if it was OK to go down to Gloucester.  It was so it was a quick about turn and into the lock.  Down through the lock with nothing to do but hold a rope and out onto the Avon again and then finally onto the Severn.

I sat out at the front enjoying the view and the lovely afternoon until it started to rain.  I headed back inside not a moment too soon as it started pouring down and thundering.  We put the pram cover up to protect Richard a bit.  Last time we were came down to Gloucester it poured with rain and Richard got soaked.  We were with another narrowboat who had its pram cover up and this prompted Richard to decide that a pram cover would be good.  Seems rather ironic that we needed it today. 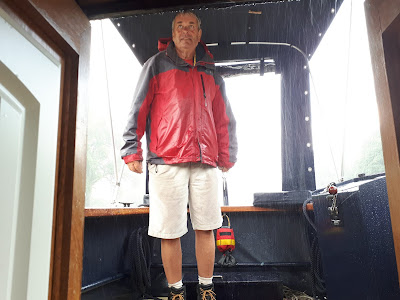 At Gloucester Lock I had to brave the elements too by doing my duty as bow rope holder.  The lock seemed to take an age to fill up and I got absolutely soaked.  The water was pouring down inside my sleeve which was unpleasant to say the least!  It was about 6.30pm and we were lucky to get a pontoon.  There were a few motor cruisers moored up taking up two pontoons as they were too fat to go along side.  By the time we had moored up we were like two drowned rats.  By the time both of us had had showers the rain had stopped – typical!  We are moored right in front of a Greek restaurant so we sat on their terrace and caught the evening sun and had a very nice meal. 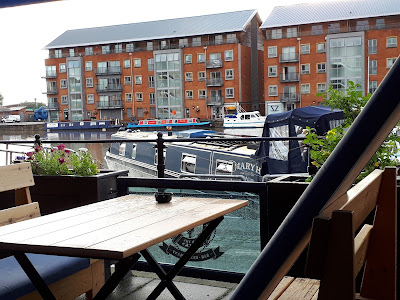 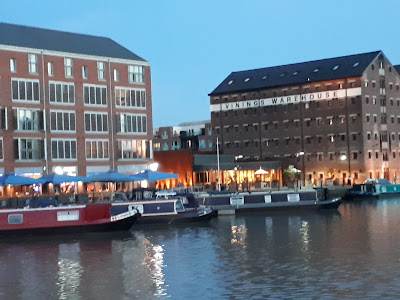 Poor Muffin had had a rotten day so we took him for a nice walk in Castlemeads.