There was a hire boat in Fladbury Lock who had managed to knock their rudder out of it’s cup.  The boat was 70 feet and some of the locks are a bit short.  This was the second time it had happened.  I’m surprised that the hire companies don’t tell hirers of these long boats to go diagonally across the Avon locks.

I love Fladbury Mill.  I think it's one of my most favourite places on the system.

Coming out of Wyre Lock was interesting as the current from the weir was running quite hard and I had to stop and pick Richard up. 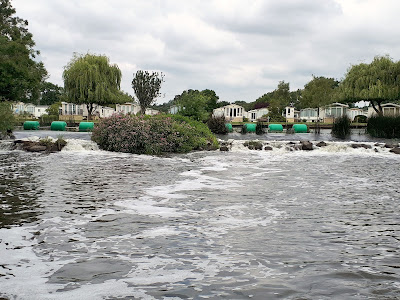 There was plenty of mooring at Pershore.  ANT have put some new ones in this ye
ar and by the evening there was no space at all.  The moorings are next to a recreation ground and Muffin had a great time with the ball thrower.

We went for a walk into Pershore and came across these two guarding a toy shop! 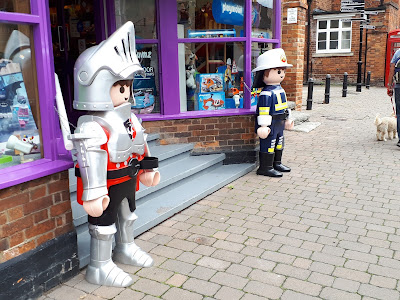 The town contains much elegant Georgian architecture. In 1964 the Council for British Archaeology included Pershore in its list of 51 British "Gem Towns" worthy of special consideration for historic preservation, and it has been listed as an outstanding conservation area.  Pershore is another town with amazing floral displays. 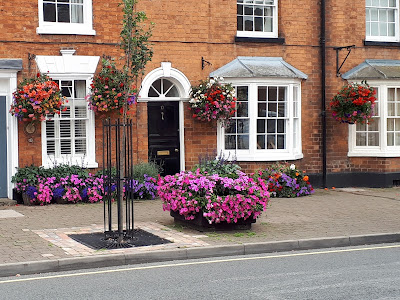 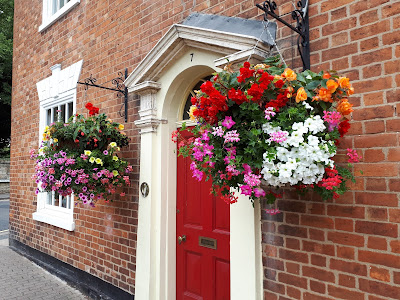 We walked to the Abbey grounds and found a fascinating tree stump. 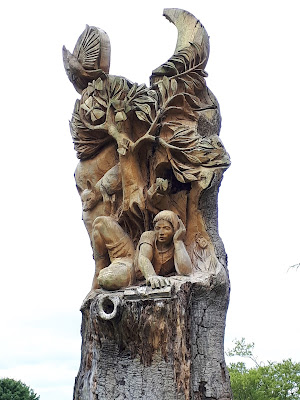 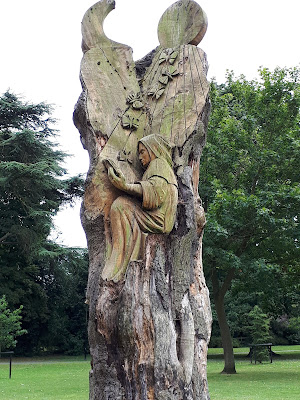 Pershore Abbey was one of the largest medieval abbeys in Britain and was destroyed in the Reformation, but the local residents saved the abbey church from destruction by purchasing it for their own use.  It was built between 681 and 689 by Ethelred of Mercia who gave estates to Oswald, Bishop of Worcester, to establish a monastery at Pershore. By 689 a monastic community had been established. At first there was a period of stability under the strong Mercian kings, but the ninth century brought fear and uncertainty in a time of Viking raids and Danish rule. 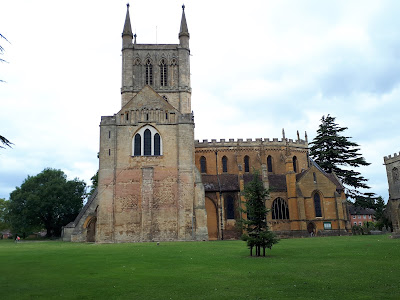 Inside the roof is lovely but the stained glass isn’t that spectacular. 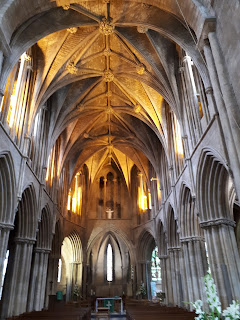 There are two tombs.  The Abbot’s Tomb commemorates Abbot Edmund Hert who was in charge of the Abbey in the 1470s.  The other is the Crusader’s Tomb which is thought to be that of Sir William de Harley, a local knight who fought during the Crusades in 1095 to 1291. 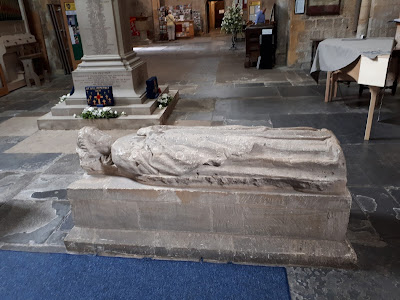 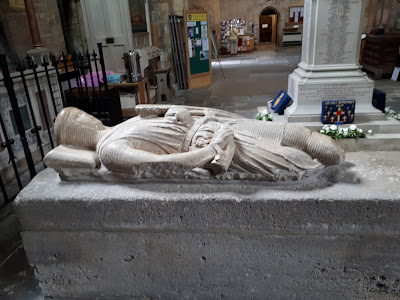 Pershore also has a carillon which was made in 1879 by Gillett and Bland of Croydon.  It has a two-week cycle of tunes which play every three hours from 9.00am to 9.00pm.  There are two tube barrels available, each having seven melodies, the tune being changed daily.  This is about the only information I can find about the carillon as most places say that it isn’t working.  Well it was certainly working today 😊

On my way back to the boat I popped into Asda – only because I was passing!  It’s a stone’s throw from the moorings.