We woke up to rain – haven’t seen much of that lately.  Fortunately it had stopped before we set off.

The canal was much busier today and we seem to meet a boat at most locks which was helpful.

We passed three barrel cottages today one of which has been extended to look like ….. well I really don’t know what! 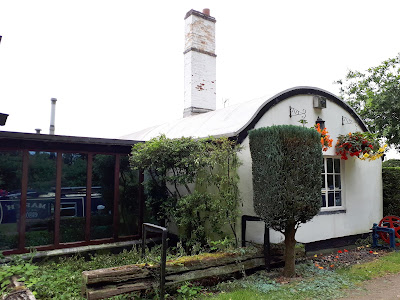 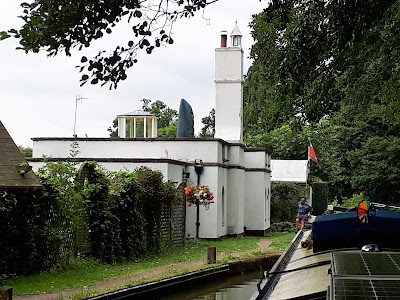 These two are much more conventional.  Apparently only two of the cottages haven’t been extended and still don’t have mains water or electricity. 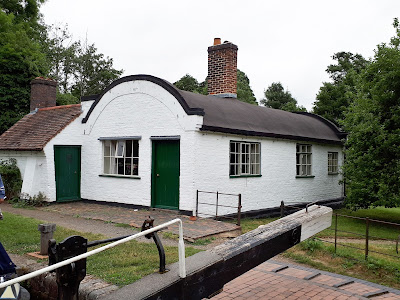 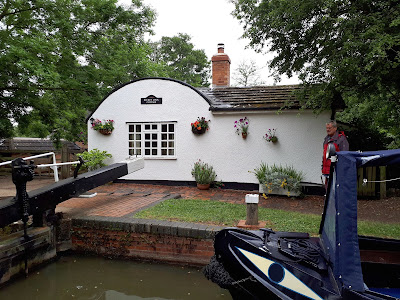 There are three aqueducts on the South Stratford.  Yarningale Aqueduct is the first as you approach from the north.  It spans the Kingswood Brook near Claverdon.  Originally built between 1812 and 1816 as a wooden structure, the aqueduct is over a local stream, and is approximately 42 feet long. In 1834, the aqueduct was destroyed by flooding of the two waterways, caused by a surge from the nearby Grand Union Canal. It was rebuilt in cast iron the same year.  All three aqueducts are unusual in that the towpaths are at the level of the canal bottom. 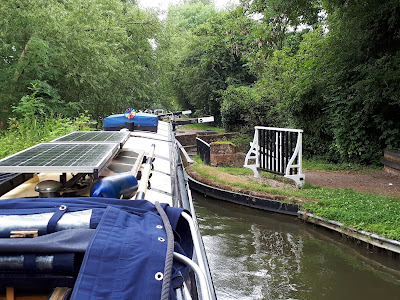 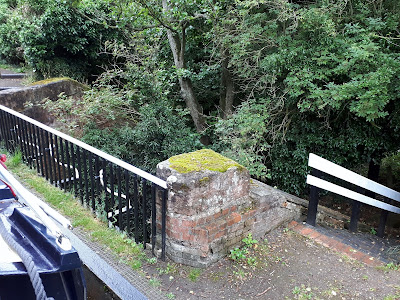 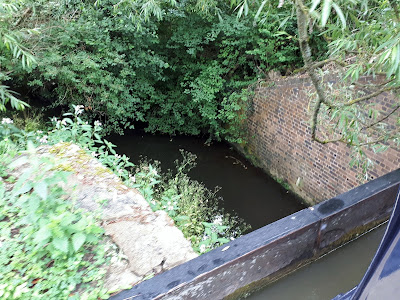 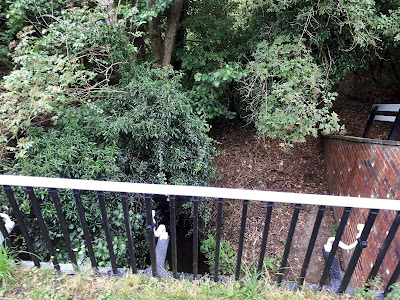 Just before Preston Bagot Bottom Lock there is a cottage with a strange object on it’s balcony! 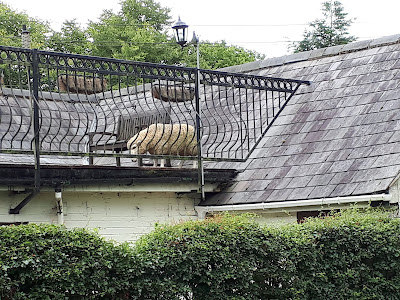 We pulled over just after Preston Bagot winding hole and Richard started to wash the outside of the boat but he upset a wasp’s nest and was stung – fortunately only once so we moved a few hundred yards down the canal.

We were intrigued by the name Preston Bagot and according to Wikipedia it is supposed that this land was given to Ingeram Bagot by William de Newburgh, Earl of Warwick, possibly about 1170, and it is from this family that the name of Preston Bagot is derived.

The name Bagot is of Old Germanic origin and derived from the root verb "bag-", to fight. This was a relatively popular name among the Normans, who introduced it into England after the Conquest of 1066.  The first recorded "Bagot" was in 1125 in Staffordshire.