Penny and I went up to Sainsburys and then M & S Food to stock up for the next couple of days.  We had to ring Richard to get him to come and help us back to the boat with our purchases!

The lock was in our favour so we quickly set off.  We had masses of gongoozlers watching us – I’m glad Richard was steering - which were only food!

We hadn’t got very far to go today – just to Welford Lock which we had enjoyed so much a couple of days ago.

We have been very surprised at how quiet the river is bearing in mind it is August.  It was much busier when we were last up here back in mid July.  There is quite a lot of mooring at Welford but we were the only boat.  There were also quite a few spaces in Bancroft Basin.

Apparently the village of Welford is lovely with lots Tudor half-timbered and thatched cottages and the tallest Maypole in Britain at 64 feet.  Sadly the village can’t be reached from the lock so we had to miss out on it.

These are a few photos taken at Welford Lock. 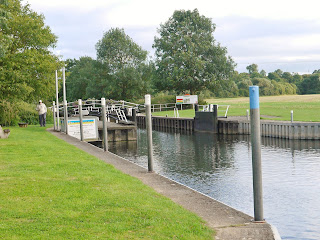 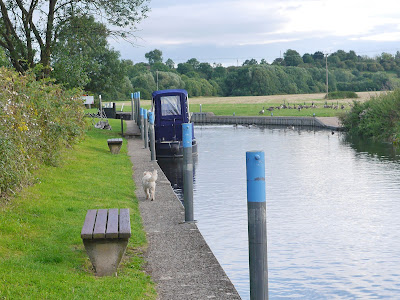 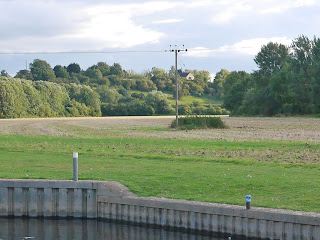 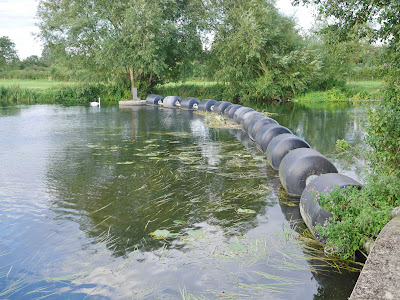 For some reason we were all tired and everyone had 40 winks at some stage during the afternoon. 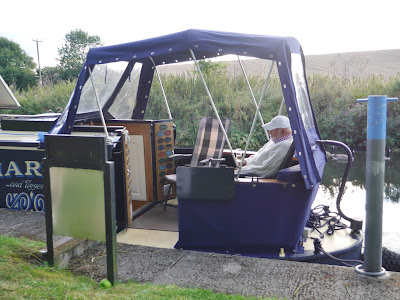 It was a nice though windy evening but we still had drinks on the lock island before Richard cooked a barbecue which, sadly, we had to eat inside but we did have our M & S pudding outside 😊 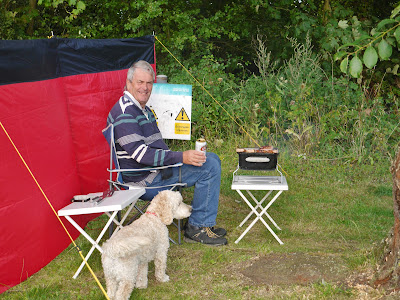 The new bed seems to be a success 😊  It is higher off the floor than the other one but we managed it!  The instructions told us that it might deflate for the first three or four uses and it did a bit but all we had to do was flick a switch and it was back to normal.

We had noticed the abundance of motorbikes in Stratford and not just any old motor bikes – BIG powerful posh ones!  We discovered that they were all here for the Bulldog Bash.  Since its inception in 1987 the Bulldog has been providing top class entertainment for 27 years. Aimed at the motorcycle riding fraternity the event has attracted some of the biggest entertainment acts ever imaginable.  The four day event also includes the thrills & spills of the drag strip with some of the fastest drag racing vehicles in the world. The event also gives you a chance to race your bike down the quarter mile drag strip in Run What Ya Brung.  These photos are taken from the Bulldog Bash website and are from last year. 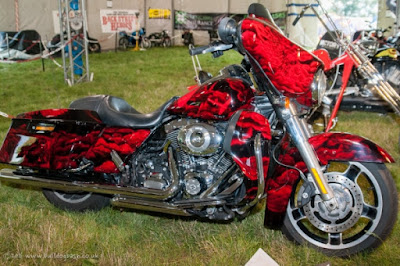 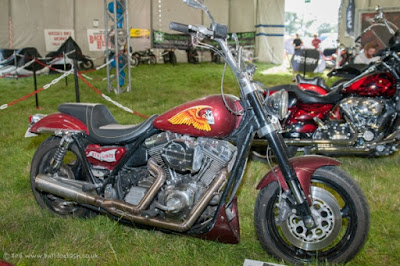 Posted by Linda Gifford-Hull at 10:24