OK I’ve got to do this – we are offen in Offenham!  I’ve been waiting to do this for ages!  It is our 4th visit in less than 4 weeks.

We left Welford Lock - sharing it with another boat.  Next was Bidford Grange followed by Barton Lock.
My cousin lives in Bidford and we were having dinner with them tonight.  There was space on the visitor mooring in Bidford on the meadow, so a quick phone call and Simon and Deb, along with Marley their dog, joined us for coffee.  It was a lovely morning and the meadow was busy with people out for a Sunday stroll.  After coffee Penny and I (with Muffin and Freddie of course) joined Simon and Deb on a walk to Marlcliff Lock while Richard and Jim took the boat.  We said “see you later” to Simon and Deb and set off downstream again.

Bidford Bridge is a scheduled monument and is Grade I listed.  It is wider than a typical packhorse bridge. It dates from the early 15th century but has been repaired many times; in the 16th century stone from Alcester's demolished priory was used. In 1644, supporters of Charles I demolished the bridge to cover his retreat from Worcester to Oxford - this was repaired in 1650.

Apparently the moorings at Bidford were set up by a donation from the Duchess Dudley Trust in the 18th Century for curates to rescue English maidens from the harems of the east!  It wasn’t a success!
After Marlcliff comes Harvington or Robert Aickman Lock who led the battle to save the inland waterways by restoring and preserving England's then-neglected and largely derelict inland canal system.  Harvington Lock is a national memorial to him. 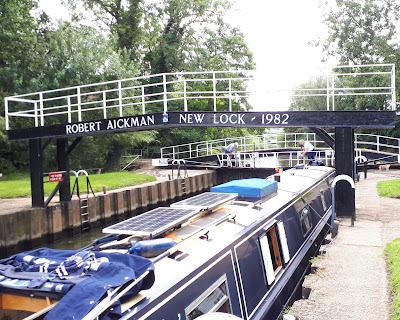 The pound is quite short between Harvington and Offenham locks so it didn’t take us long to get to the Fish and Anchor moorings.  We arrived just a narrow boat was leaving so we were lucky.  However after a couple of hours the other three boats had gone.  We spent the afternoon reading (and maybe sleeping!) before getting our glad rags on ready to go to dinner at the Fish and Anchor with Simon and Deb.  The Sunday menu is a bit limited but nonetheless we all had a really good meal.  After a very affable dinner we said goodbye to Simon and Deb and headed back to Mary H. 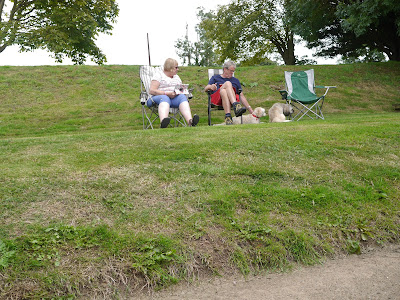 The Fish and Anchor is an old pub but all I can find on the internet is that it is at least 600 years old. 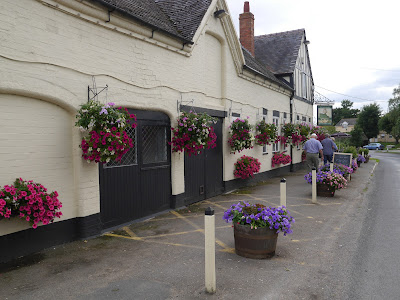 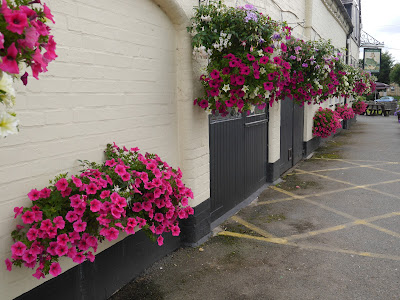