I had the best night’s sleep I have had for ages – in fact we both did.  It makes such a difference 😊

Richard needed to go to Midland Chandlers for more coal and I needed to post a card so we headed to Braunston.  We also realised that we were running out of Coke (that’s Coca Cola not the other stuff!).

Back at the boat we made ready to leave just as a big yellow ball appeared in the sky.  It obviously didn’t like what it saw as it quickly disappeared again - but it is still up there!

It’s just over an hour to Hillmorton top locks.  Sadly, a boat went passed the marina, in our direction, just as we were about to turn out so they took all the empty locks at Hillmorton!

As we arrived at the top lock Muffin jumped off the boat and saw a rabbit, of course he had to chase it, but it fell into the canal!  I called Richard to fish the poor thing out but he said I could do it – macho man he isn’t!  Fortunately, it managed to scrabble out and ran and hid in a flower bed.  It looked very sorry for itself but once we left it alone it hopped off. 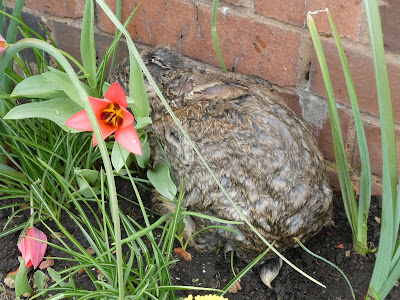 There were three boats coming up and the lockies were at the bottom lock so our first locks of the season weren’t too onerous. 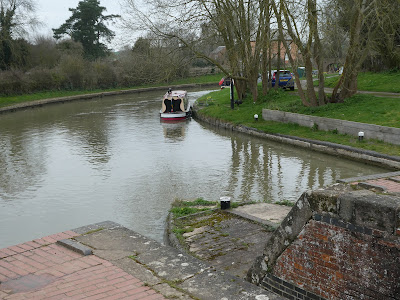 We had hoped to stop at the visitors moorings at the bottom of the locks but Goosy Gander had taken the last spot.

We cruised on passing three large balls floating in the canal.  They were marking this. 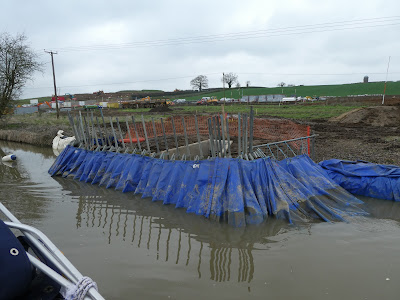 The whole area was a mass of earth movers and portakabins. 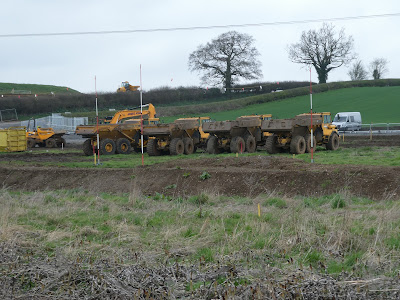 I had a look on the internet and it seems that a whole new town is being built locally and this is the 1.5 miles link road.  The new town is called Houlton and will have 6,200 houses, 3 primary schools, a secondary school and an 8 doctor medical practice.  It is set within 1,200 acres and there are three different construction companies building the houses.  I bet the locals weren’t happy about this!  I have to say that it has excellent road and rail links, they say that this is one of the most well-connected places in the country, and you can reach 80% of the country within 4 hours.  Apparently the development will take some 15 years to complete. 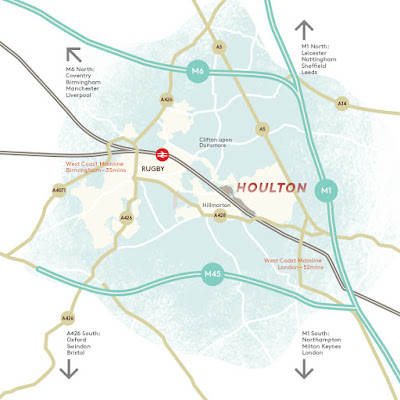 We pulled over and moored up against some Armco.  We noticed a strange smell which upon investigation was coming from Muffin!  Goodness only knows what he had been rolling!  It was a shower for him.