Another lovely morning to wake up to, however they are threatening thunder storms overnight.  That’s OK I hear you say but no, not for Muffin.  He hates loud bangs and even sometimes when Richard sneezes (he has a very loud sneeze!) Muffin will run and hide – usually under the spare bed at home.  He has been in a bad way while we have been away as there are so many bird scarers going off.  We quite often don’t hear them, but Muffin obviously does, and he scurries down below and into the bedroom – he can’t get under the bed so I don’t know what he is thinking.

I saw my first baby ducks this morning sadly I didn’t get a photo - they are quick little buggers!

At Marston Junction there was another boat coming onto the Ashby, so Richard had to come to a grinding halt to let him through. 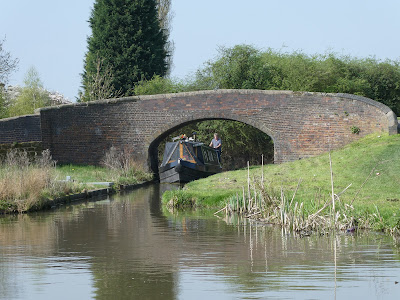 We passed Charity Dock and there are a few more mannequins now. 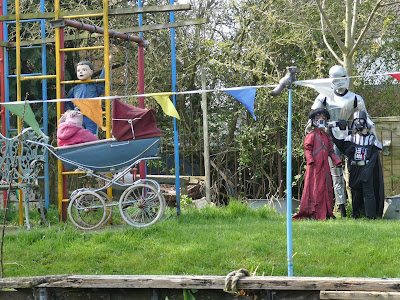 Richard went passed Hawkesbury Junction to empty what needed to be emptied and then went to reverse back but a hire boat was coming through from the North Oxford, so he had to stop, thank goodness!  I could see the hire boat was going too fast and of course couldn’t get round the corner in one.  One of the crew shot to the front and tried to fend off the wall with the pole – which promptly broke in two!  I wonder how they will explain that one! 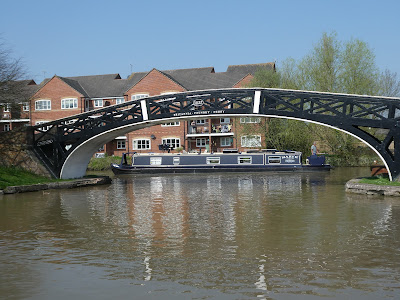 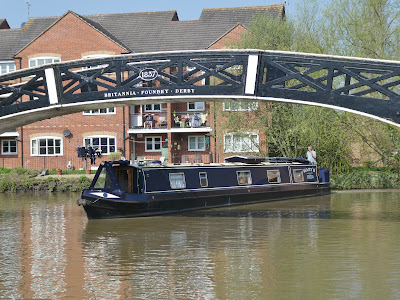 We motored on to Brinklow where we had stopped last Saturday.  We got the last space – well on the Armco anyway and moored up.  It was a lovely evening and we sat out on the towpath enjoying the aromatic smell of next door’s fire pit.  We had noticed when we arrived that next door had quite an encampment set up with included a fisherman’s type of tent which just took two chairs.  Later on, when it was dark, they had masses of pretty lights all around their camp and under the hedge.  I would have taken a photo but didn’t want them to know I was being nosy! 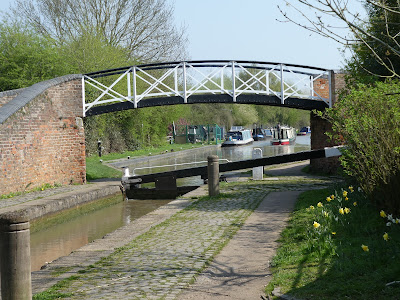