We woke up to a much brighter cabin than we have been waking up to.  On drawing back the curtains it was still grey, but the sun was trying it’s hardest to break through.

I asked Richard where he was heading for today, but he said that he didn’t have any plan – so we started off on a magical mystery tour though I’m not sure you can do a mystery tour on the Ashby Canal as it’s up to the top, turn around and then back down!  By the time we stopped at Sutton Cheney Wharf to empty what needed emptying, the sun was out, and it was warming up – I even opened the side doors! 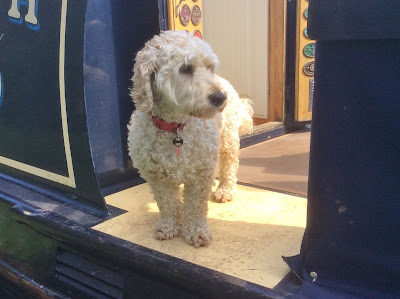 We stopped for lunch and then moved on but only for about half an hour as I saw a nice place to moor which we did.  I had done a load of washing and was keen to get the airer up and get it dried!  Our afternoon was spent sitting on the towpath and reading – it’s a hard life this canalling!

The Ashby Canal was opened in 1804 to transport coal from Moira to the Coventry Canal.  A number of tramways were constructed at Moira to service collieries, one of these being Rawdon Colliery.  This colliery was sunk in 1821 and was one of five collieries at Moira owned by the Earl of Moira. For many years it proved to be a troublesome colliery and operations ceased in 1844. With apparently some optimism the Rawdon shaft was deepened in 1868 to reach the Stanhope seam at 362 yards, and the colliery re-opened in 1874. Further difficulties ensued, and mining ceased again in 1877.  In was reopened in 1889 on a small scale. 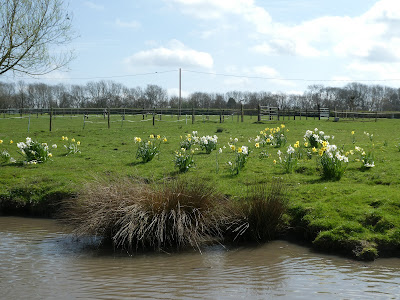 Rawdon Colliery’s seams extended 6 miles from the shaft, and some had been worked twice, recovering lower grade coal. The pit survived Britain's pit closure programme in the mid 1980s that followed the miners' strike but eventually ran out of viable coal seams.  It finally closed in 1986 after 165 Years.

The two photos should really be the other way around but I wanted Muffin to headline this blog!!